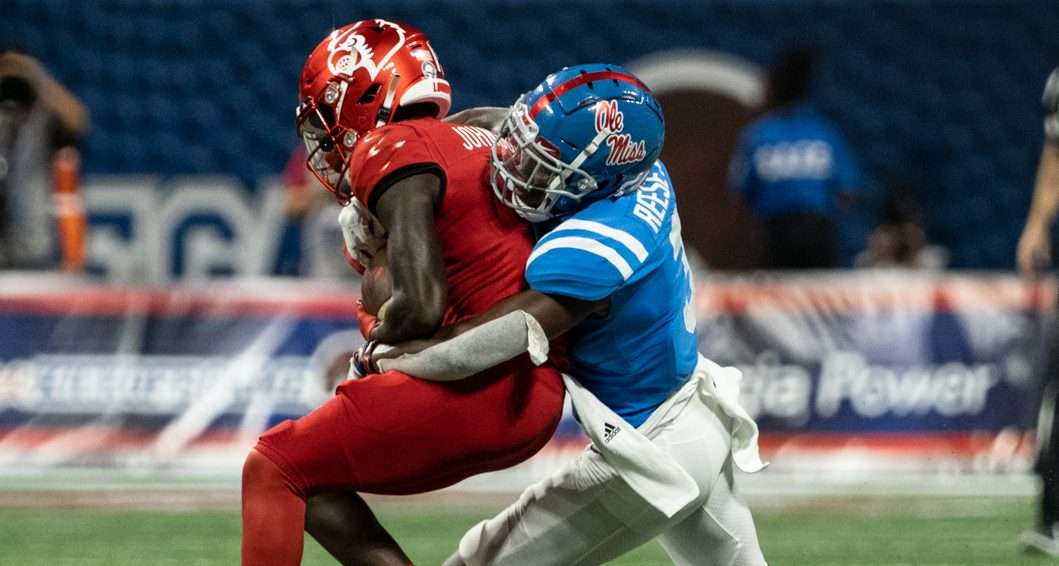 Monday night’s game between Ole Miss and Louisville meant something a little extra to one college football bettor.

The ticket was placed on Aug. 24 and the action began on Aug. 28. Fresno State picked up a 45-0 win over Connecticut, keeping the game ‘under’ the total of 62.5 in the only Week Zero game included in the wager.

There were several games that almost busted the parlay. Charlotte picked up its first win over a Power 5 team when it beat Duke 31-28 as a 7-point underdog on Friday. The WynnBET customer was looking good entering the fourth quarter, as Charlotte held a 17-14 lead.

Things got hairy after that, though, as there were four touchdowns scored in the final quarter. Duke got the ball to the Charlotte 49-yard line with 14 seconds remaining, but a pair of penalties doomed the Blue Devils.

Another game that nearly de-railed the longshot parlay was the battle between Missouri and Central Michigan on Saturday. The Tigers took a 17-14 lead into halftime, putting the game on pace to go ‘over’ the total of 60.5. A pair of drives late in the fourth quarter led to field goals and Missouri kept Central Michigan out of field-goal range on the final drive of the game to win by a 34-24 count.

The parlay wrapped up on Monday night. By that point, sports bettors were well-aware of the ticket.

It was a sweat-free finish, as Ole Miss held a 9-0 lead at the end of the first quarter and a 26-0 advantage at halftime. The teams did combine for 28 points in the fourth quarter, but it was not nearly enough to get the game ‘over’ the highest total of the week.

There have not been any reports about a potential hedge going into that game.