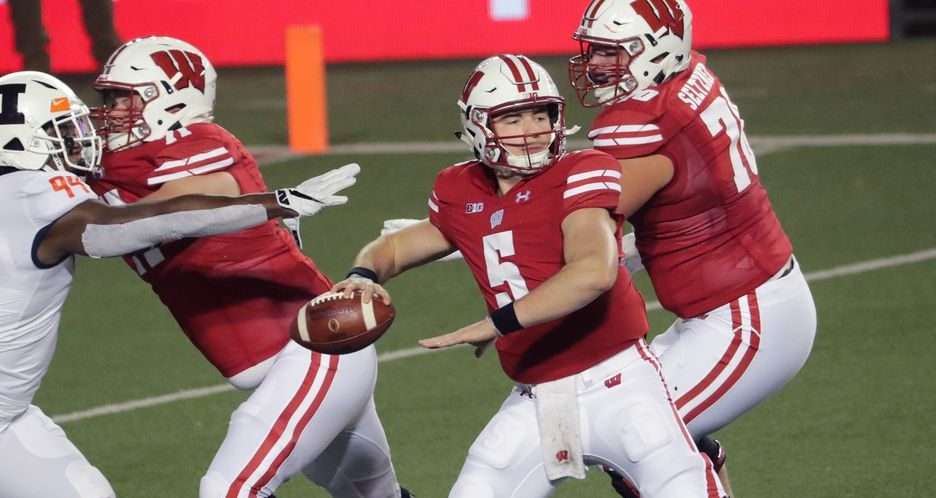 UPDATE: The Wisconsin at Nebraska game was cancelled Wednesday when more players for the Badgers and head coach Paul Chryst tested positive for COVID-19. On Thursday morning, the Big Ten nixed the Cornhuskers’ hopes of quickly scheduling a Saturday home game vs. Chattanooga.

According to Big Ten protocols that are entirely too excessive, Mertz can’t play again for at least 21 days.

Mertz, the highest-rated QB recruit in program history, was the catalyst in this past Friday’s 45-7 home win over Illinois. He matched a school record by completing his first 17 passes for the Badgers, who easily covered the number as 20.5-point favorites.

Mertz connected on 20-of-21 throws for 248 yards and five touchdowns without an interception. His 95.2 completion percentage and five TD passes both set school records.

The Kansas City area native was impressive and then some against the Illini. Mertz’s moxie was on full display when Illinois collected a scoop-and-score TD for its only points of the game. As you can see in the below clip, Mertz blasted a defender that was coming hard after him with hopes of dealing out a flatback block.

Instead, the defender got popped to the ground by the QB and lost his helmet.

Mertz made his first career start since last year’s starter, Jack Coan, is out indefinitely with a foot injury. Unfortunately for Paul Chryst, his team won’t have third-string QB Chase Wolf, either. Wolf has also tested positive for COVID-19, but it’s unclear if he’s taken a second PCR test like Mertz did.

Wisconsin is preparing for Danny Vanden Boom, a 6-foot-5 junior, to make his first career start against the Cornhuskers, who lost 52-17 at Ohio St. in their opener. Vanden Boom appeared in three games in 2018, completing his only career pass attempt for a three-yard TD. He didn’t touch the field in 2019.

Most books had Wisconsin listed as a 9.5 to 10.5-point favorite on Monday. While many books still have game off the board, Circa Sports has adjusted the Badgers to three-point ‘chalk.’

Chryst told reporters Tuesday that he was confident Saturday’s game will still be played. 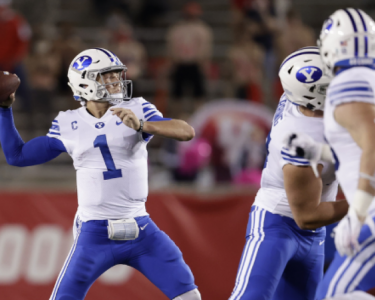 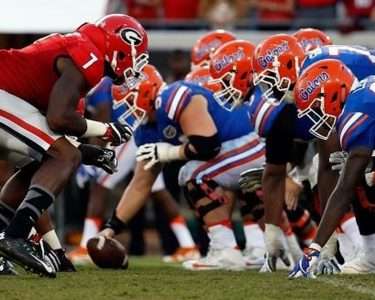 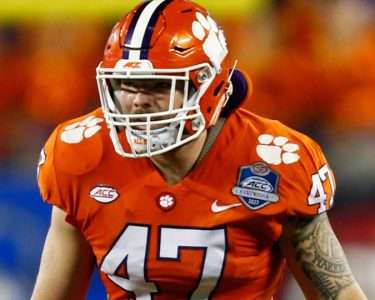