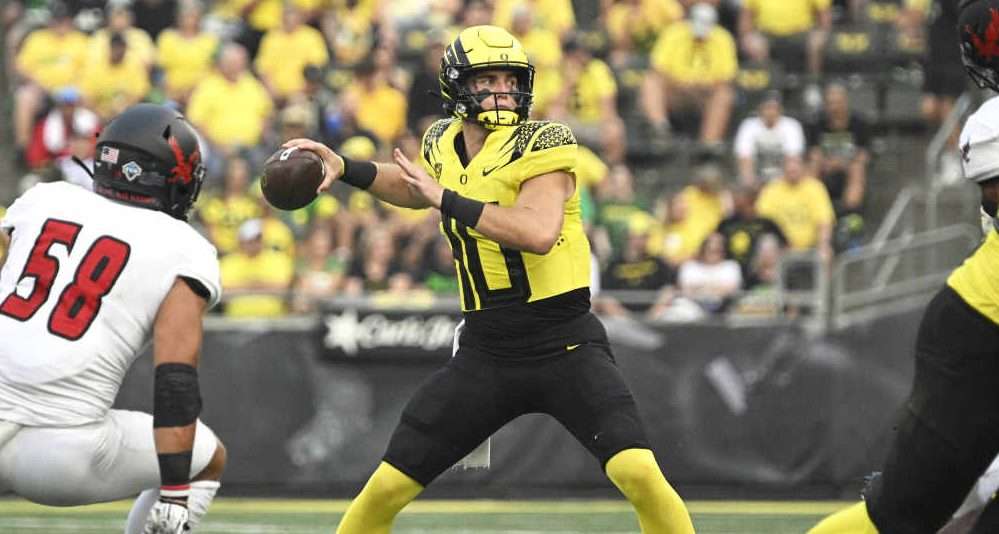 Bo Nix bounced back from a bad performance vs. UGA to completed 28-of-33 passes for 277 yards and five TDs without an interception in Oregon's 70-14 home win over Eastern Washington.

No. 12 BYU will be looking to avoid an emotional letdown when it travels to No. 25 Oregon for one of two ranked vs. ranked matchups on the college football schedule this week.

The Cougars are coming of a 26-20, double-overtime win over then-No. 9 Baylor at home last weekend. They are facing an Oregon team that is on a 20-game home winning streak and bounced back from a blowout loss to then-No. 3 Georgia with a 70-14 thrashing against Eastern Washington.

Oregon opened as a 3.5-point favorite and has held steady at that number as of Wednesday afternoon. The total has seen some slight movement, shifting from the opening number of 57 up to 58 after a few days of betting action.

BYU went ‘under’ the total in its win over Baylor last weekend, but it has gone ‘over’ in five of its last seven games dating back to last season. Oregon cashed the ‘over’ (69.5) by itself in the 70-14 win over Eastern Washington.

This will be the first meeting between these programs since 2006, when BYU easily won and covered (-3.5) in a 38-8 final. The Cougars opened their 2022 campaign with a 50-21 win at South Florida and followed it up with the thriller against Baylor. They went 5-0 against Pac-12 schools last season.

Junior quarterback Jaren Hall threw for 261 yards and a touchdown in the win over the Bears, while also catching a scoring pass from Chase Roberts. Hall has completed 48 of 71 passes for 522 yards, three touchdowns and one interception this season.

Roberts has been his top target by default, hauling in 11 receptions for 163 yards. The Cougars were without their top two receivers in junior Puka Nacua (ankle) and senior Gunner Romney (undisclosed). Both players are listed as ‘questionable’ for Saturday night’s game.

Oregon got off to a terrible start this season in its blowout loss to No. 3 Georgia, but it bounced back with its blowout win over Eastern Washington. Senior quarterback Bo Nix completed 28 of 33 passes for 277 yards and five touchdowns in that game, while Oregon’s rushing attack combined for 263 yards on 48 carries.

The Ducks have a trio of sophomore running backs who have each gone over 70 rushing yards so far this season. Sophomore wide receiver Troy Franklin leads the wideouts with 12 receptions for 118 yards and a touchdown.

Oregon has the fourth-most underclassmen of any FBS team with 96, as freshmen and sophomores account for 76.2% of its players overall. They are playing under first-year head coach Dan Lanning.

“We’re not playing our best football yet by any means,” Lanning said. “I think the ceiling’s really high, and there’s a lot we can still improve on…I don’t know if we know exactly where we’re at yet.”

The Ducks are closing in on the longest home winning streak in school history, sitting three games behind a 23-game stretch from 1997-2001. Clemson (35) and Cincinnati (28) are the only schools with longer active home winning streaks right now.

BYU has covered the spread in four of its last five games as an underdog, while Oregon is 13-2 SU and 11-4 ATS since 1995 as home favorites of less than four points. The Ducks have covered in five consecutive games as favorites.

Oregon’s season-opening performance against Georgia is going to turn many bettors away from the Ducks throughout the season, but those were difficult circumstances for a first-year head coach with one of the youngest rosters in the country. They looked much better against Eastern Washington last week, as Nix found a rhythm that was not to be had against Georgia’s defense. BYU now finds itself in a difficult scheduling spot, as the Cougars are coming off a double-overtime win and are traveling to one of the loudest atmospheres in college football. Oregon’s 20-game home winning streak is not a fluke, and BYU could be without its top two wide receivers again this week. The scheduling spot lends itself to an Oregon win and cover on Saturday afternoon. 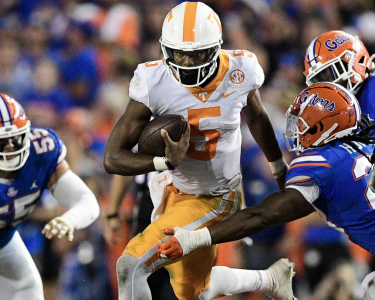 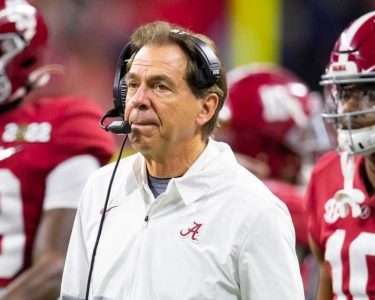 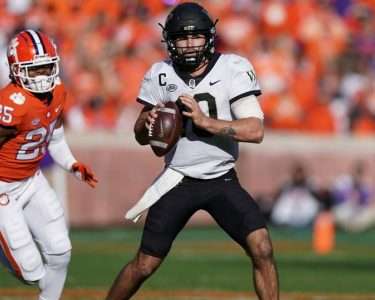