Danny Manning is out at Wake Forest after six seasons on the job.

According to ESPN’s Jeff Borzello, Manning’s buyout is believed to be around $15 million. He is the first coach to be fired in a major conference in this carousel, one that’s been heavily impacted by the COVID-19 virus that forced the 2020 NCAA Tournament to be cancelled.

John Currie is the AD at Wake Forest, meaning “who the hell knows” where this coaching search will go. The last time he was in charge of a search, it ended with him being called back to Knoxville to take a pink slip when he was on the verge of hiring Mike Leach.

The Leach part of that ordeal showed his competency. However, his incompetence was on full display when he nearly hired both Greg Schiano and Dave Doeren, among other whiffs that made that search for the Tennessee football coach a national comedy show.

Manning went 78-111 overall with a 30-80 ACC record during his six-year tenure. He took the Demon Deacons to one NCAA Tournament in 2017.

The 53-year-old Manning carried Kansas to the national title in the 1988 NCAA Tournament. He was the three-time Big 12 Player of the Year.

Manning’s NBA career lasted 15 seasons. He was a two-time All-Star and the NBA’s Sixth Man of the Year in 1998 when he played for the Phoenix Suns.

Manning started his coaching career at his alma mater, serving on the KU staff for 10 seasons before getting his first head-coaching gig at Tulsa in 2012.

After going 17-16 overall and 8-8 in Conference USA for a berth in the CBI Tournament during his first season, Manning led the Golden Hurricane to the 2014 NCAA Tournament. Tulsa went 21-13 overall, 13-3 to win the C-USA regular-season title and won the C-USA Tournament.

Manning was the C-USA Coach of the Year in 2014 and parlayed that success into the Wake Forest gig. The Demon Deacons went 11-20 overall three times on Manning’s watch. They were 13-19 in his first season and 13-18 in his final year.

Wake Forest went to the First Four but lost in Dayton in the 2017 Tourney. The Demon Deacons finished 19-14 overall and 9-9 in the ACC for the only winning season during his tenure.

With the buyout, the pandemic and the healthy contract Dave Clawson is earning in football, money will probably be tight for this hire. Might former Michigan coach John Beilein, who just made a fortune in one ill-fated season in the NBA with the Cleveland Cavaliers, be willing to take an ACC job at a discounted rate?

If not, you’d think a mid-major coach would be willing to accept an ACC gig at a low rate as long as it provides a solid raise compared to his former employer. Coaches fitting that category might include East Tennessee State’s Steve Forbes, UNC Greensboro’s Wes Miller, Winthrop’s Pat Kelsey and Furman’s Bob Richey. 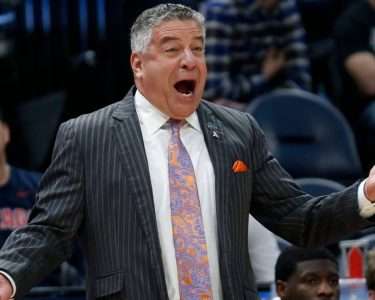