Novak Djokovic is the -110 favorite to win this year's Wimbledon tournament.

The most famous tennis tournament in the world has been in the headlines since April, but not because Novak Djokovic is aiming for his fourth straight Wimbledon title or because Rafa Nadal is going for a calendar grand slam.

Wimbledon opted to ban Russian players from participating in this year’s event, resulting in the ATP eventually making the decision to strip its ranking points from the tournament. Regardless of that decision, the absence of World No. 1 Daniil Medvedev, No. 8 Andrey Rublev and No. 22 Karen Khachanov has certainly impacted the betting market (not as much as it should, though…more on that in a bit).

Along with the Russian stars being banned from Wimbledon, World No. 2 Alexander Zverev is going to remain sidelined due to a severe ankle injury that he suffered against Nadal in the semifinals of the French Open.

This void has left two of the all-time greats in a position to battle it out for another grand slam title. Djokovic will try to bounce back from a loss to Nadal in the French Open quarters, while the Spaniard tries to keep his calendar slam hopes alive when the main draw of the tournament begins on Monday.

My pick to win the tournament: Novak Djokovic -110 (available at BetOnline)

Are there some concerns about Djokovic heading into this event (rust, lack of match time, age)? Sure, but he looked fine against a red-hot Rafa in France and is coming off a complete dismantling of Felix Auger-Aliassime in a grass exhibition match earlier this week, winning 6-2, 6-1.

The 35-year-old is one of the best grass-court players of all time, winning six titles at the All England Club. He is also currently ineligible for the U.S. Open due to his vaccination status, generating even more motivation for him to win his 21st slam at Wimbledon.

“Novak is always the favorite,” Medvedev told Spanish media outlet Dairio de Mallorca. “He has won the last three Wimbledons that have been played. He plays very well on grass. If we talk about the best players in history on grass, I would place him at the top, although I have not seen Borg or Sampras play.”

Medvedev entered the 2021 version of this tournament with the second-shortest odds at +600, while Roger Federer—who is also out this year—was 11-1. Zverev (20-1) and Rublev (40-1) were also included in the top seven of that futures market.

Djokovic was the -125 favorite to win against that field in 2021, so why is he available at -110 with four of those top seven not in the draw this year?

I’ve done my fair share of backing long shots at grand slam tournaments over the last few years, including Matteo Berrettini (50-1) at Wimby in 2021. That price is nowhere to be found for the Italian this year after he lost to Novak in a four-set final last year, as he currently has the second-shortest price (+700) behind Djoker in the futures market.

Sure, Berrettini has been hot in the lead-up events, winning in Stuttgart and at the Queen’s Club. He did not face a top-30 player in either of those tournaments, though, and we can’t forget that he is just returning from a three-month absence due to a hand injury.

He has never been able to conquer Djokovic at Wimbledon, so I am not overly concerned about him as a threat. In fact, there are significant warning signs with every other contender in what is a short list of guys who can win the event.

Nadal (+800) miraculously overcame an injured foot to win at the French Open, but grass has never been his best surface. The 36-year-old was not even sure if he was going to enter the tournament. He will be on the opposite side of the draw from Novak as the No. 2 seed, but it would be surprising if he made the final.

The lack of depth in this field really shows when young Carlos Alcaraz is the fourth favorite at +900. He has only played a handful of matches on this surface in his career, which showed in a straight-sets loss to Francis Tiafoe earlier this week. Alcaraz was also questionable to play in England, so the Spaniards should not trouble Novak on grass if he is in reasonably good form.

There are several guys in the next price range (Hubert Hurkacz, Auger-Aliassime, Marin Cilic) who could make it deep into the second week, but none of them are major threats to knock off Djokovic.

This story was filed prior to Friday’s draw, so the only real concern left for Novak is an early meeting with Nick Kyrgios. The Australian can beat anyone on any given day, although he did just have to withdraw in Mallorca due to an abdominal injury. If he is healthy, he could spring an early upset if he happened to be placed in Novak’s quarter.

Still, I am fine with going ahead and taking Djokovic at -110 prior to the release of the draw. His biggest threat (Medvedev) is not in the field, and there are concerns about every other contender behind him.

I don’t normally love backing a player as an odds-on favorite, but I have Novak in the -200 price range to win this fortnight. If you’re going to play the lottery with a long shot, I don’t hate former champion Andy Murray at 80-1. I’ll stick with Djokovic though, who I already backed at +110 and +100 three weeks ago. He’s easily playable up to -130 and potentially even a little bit shorter than that. 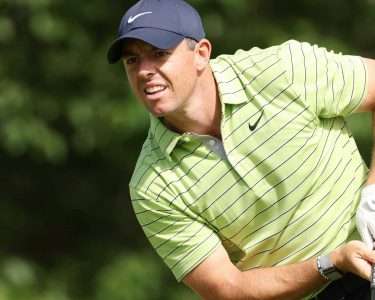 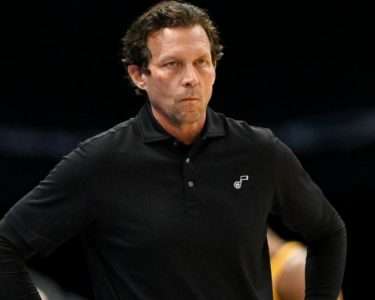