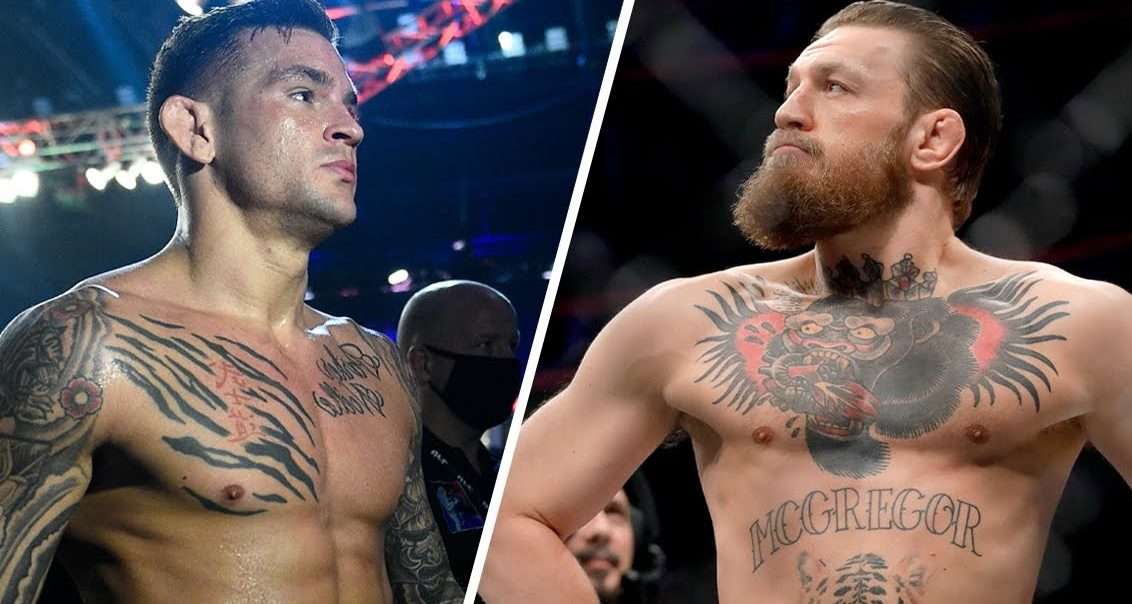 The trilogy scrap between Conor McGregor and Dustin Poirier will go down Saturday night in Las Vegas at T-Mobile Center in the UFC 264 headliner.

It’s business, it’s personal and it’s the rubber match, the one that decides who owns bragging rights for life. It also determines who faces Charles ‘Do Bronx’ Oliveira in the Brazilian’s first defense of his UFC lightweight belt.

It’s two prize fighters, one who hails from Lafayette, Louisiana, and another from Dublin, Ireland. It is the UFC 264 headliner on Saturday night in Las Vegas at T-Mobile Arena.

It’s Dustin ‘The Diamond’ Poirier, the 32-year-old former interim lightweight champion who owns an 11-2 record with one no-contest since losing by first-round knockout to Conor ‘The Notorious’ McGregor at UFC 178 on Sept. 27 of 2014 in a featherweight contest.

Seven of Poirier’s 11 wins since then have come by finish and five have come over former UFC champions. The victims include the likes of Anthony ‘Showtime’ Pettis, Justin ‘The Highlight’ Gaethje, Eddie Alvarez, Max ‘Blessed’ Holloway and McGregor, who lost to Poirier by second-round knockout in the rematch of their UFC 178 showdown 5.5 months ago at UFC 257 in Abu Dhabi.

Much has changed for both men since the first encounter in 2014. McGregor (22-5 MMA, 10-3 UFC) dusted Poirier in his fourth Octagon appearance before defeating Dennis Siver to set him up for a featherweight title fight against Jose Aldo.

However, Aldo pulled out of the bout with a rib injury only two weeks ahead of the contest. Therefore, McGregor KO’d Chad Mendes in the second round to win the interim 145-pound strap at UFC 189.

When McGregor and Aldo finally fought at UFC 194 on Dec. 12 of 2015, the Dubliner needed merely 13 seconds to end Aldo’s win streak — one that had spanned a decade — with one counter left on the button. Next, McGregor wanted to go up a weight division to take on Rafael dos Anjos for the lightweight championship.

But RDA pulled out of that scrap with a foot injury. Enter Nathan Diaz, who on 11 days notice shocked the world with a second-round submission win over McGregor at UFC 196 on March 5 of 2016.

Just like this Saturday’s event, McGregor demanded a rematch and got one 5.5 months later. This time around, he won a majority decision over Diaz in a five-round bloodbath. Next, McGregor became the UFC’s first double champ by scoring a second-round KO win over Alvarez at UFC 205 in New York City at Madison Square Garden.

In a welterweight contest at UFC 246, McGregor starched Donald ‘Cowboy’ Cerrone by head-kick KO in only 40 seconds. Then there was the aforementioned KO win by Poirier over McGregor, who gave Poirier credit for the victory and pointed to his own ‘inactivity’ as a factor in the defeat.

Within the first 35 seconds of Round 2, Poirier (27-6-0-1 MMA, 19-5-0-1 UFC) put four more blistering kicks on McGregor’s calf of his lead right leg. The first popped loud enough for UFC play-by-play man Jon Anik to say “that sounded like a debilitating leg kick,” and the second prompted to UFC analyst Daniel Cormier to mention that “Conor hasn’t checked any of these calf kicks.”

When Poirier peppered McGregor with yet another calf kick one minute into the second stanza, UFC analyst Paul Felder said, “That leg is crushed right now.” Cormier responded, “Yeah, he’s dead in that leg already.”

One minute later, Poirier connected with another leg kick that left McGregor off balance. Poirier immediately knew that this was his moment, the one he had waited more than six years for and he took advantage.

The final frenzy started with a combination, followed by another. Both combos were finished with powerful lefts, leaving McGregor frozen against the fence, attempting to duck and dodge the next oncoming strikes. But another left buckled McGregor and then a follow-up right knocked him down.

One more right and a left to the downed McGregor prompted referee Herb Dean to intervene. Before Dean raised Poirier’s hand in the center of the Octagon as Bruce Buffer announced the winner, the Cajun indicated that these fighters were tied at 1-1.

Instead of accepting a title fight against Oliveira in the UFC 257 aftermath, ‘The Diamond’ wisely accepted the trilogy match against ‘The Notorious’ that’ll pay him 4-5 times the amount he would’ve earned against ‘Do Bronx.’

McGregor was gracious in defeat. “Fair play to Dustin. Me leg was completely dead and he took advantage.”

Just like the promotion and pressers ahead of the rematch, everything was cordial after the fight. In fact, Jolie Poirier went into McGregor’s locker room to personally thank him and his fiancee for the $500,000 donation they pledged to make to Poirier’s ‘Good Fight Foundation.’

Once the trilogy match was booked, McGregor’s friendly gestures disappeared. In fact, Poirier called him out on Twitter for ghosting his messages about the 500K donation.

McGregor was so pissed about Poirier’s remark on social media that he threatened to pull out of the bout for the sole reason that it would prevent Poirier from earning another huge payday, something McGregor has referred to as ‘Red Panty Night’ for his opponents because they get paid so well to face him. Furthermore, with Oliveira already booked to face Michael Chandler for the 155-pound strap, backing out would’ve also cost Poirier the title shot he turned down.

Weeks later when UFC President Dana White was asked if the trilogy scrap was indeed in jeopardy for a brief time, White confirmed that it was.

Within a week or so, however, McGregor decided he’d rather exact revenge on Poirier than deny him another monster payday. And now we’ve arrived at Fight Week and McGregor is up to his old antics, the ones that had disappeared before his bouts with Cerrone and the recent one with Poirier.

McGregor took to Twitter with a pair of posts on Tuesday. First, he released what appears to sound like a voice mail he’s leaving for Poirier. You decide:

Then late Tuesday afternoon, McGregor posted a screenshot of Poirier’s wife sending ‘The Notorious’ a direct message on social media. This can easily be explained because Poirier’s wife, Jolie, runs Dustin’s charity and was probably reaching out about the 500K donation.

(McGregor eventually donated $500,000 to the Louisiana Boys and Girls Club rather than to Dustin’s foundation.)

Then McGregor conducted his first interview of Fight Week late Wednesday. He let loose with quite a few gems, including “he’s a dead body that’s getting took out on a stretcher.”

As of Thursday morning, most betting shops had Poirier listed as a favorite anywhere from -125 to -135. The odds had been pick ’em (-110 to -115 either way) at most shops for the last two months until Wednesday when a lot of Poirier money apparently came in.

Many feel McGregor’s most likely to win early if he does indeed bounce back. The proposition wager for him to win in Round 1 offers a payout in the +333 to +450 range. McGregor is +140 to +175 to win by KO at various books.

During a radio appearance in Omaha last week, I said that if you like Poirier, avoid listening to McGregor at the Fight Week pressers and weigh-in interviews. The reason I said that is because I was heavily leaning toward taking Poirier at UFC 257, but McGregor’s masterful work during interviews ahead of that bout talked me into taking him (albeit the prop to win by KO, so I wasn’t eating ‘chalk’ on the straight price and lost a bet that was for plus money).

McGregor is incredible at making people believe what he has to say because he’s convincing and back in his early years with the promotion, he backed up his predictions time after time. However, if we count his boxing loss to Floyd Mayweather, McGregor is 1-3 in four fights since defeating Alvarez nearly five years ago.

In that same Omaha interview last week, I said you’re usually better off waiting — if you’re fading McGregor — as late as possible to place your bet because late money — lots of it from Irish fans that flood into Vegas for the show — almost always comes in on McGregor.

That theory — at least for now — was proven wrong with yesterday’s odds movement making Poirier more expensive. We’re still more than 60 hours away from the fight, though, so these odds could easily get back to even or even shift to McGregor as the favorite.

Only time will tell.

PREDICTION: I like Poirier (more details below in bold). Just as the great ‘Marvelous’ Mavin Hagler, who recently passed away (RIP!), once said, “It’s hard to wake up at 5:00 a.m. every day to go for a run when you’re sleeping in silk sheets.” This quote applies to McGregor since he cashed in so heavily with his monster paycheck from the boxing loss to Mayweather.

It’s extremely difficult to be a savage when you — and your kids and their kids — are set up for life financially. Hell, McGregor showed up on Fight Island for UFC 257 on a 300-foot yacht.

Now, does McGregor still have the talent and skills to get the job done in the Octagon on Saturday night? Sure he does. Could he win by first-round KO and seemingly regain all that’s been lost in recent years? Perhaps.

Does he still have that unwavering confidence and bravado like he had before mentally defeating the likes of Aldo and Alvarez before they stepped in the Octagon? In his interviews, it sure sounds like he does. However, in the cage against Diaz in the first fight, against Nurmagomedov and vs. Poirier at UFC 257, that moxy disappeared once fatigue and pain took over.

That’s another factor we’ve yet to discuss — cardio. Poirier has won three fights in a row that have lasted past the third round, beating Holloway and Dan Hooker by decision and scoring a fourth-round KO of Gaethje.

As for McGregor, only three of his 27 career fights have even gone past Round 2. He’s 2-1 in those contests, defeating Holloway by three-round decision, beating Diaz in the rematch in a decision that could’ve gone either way and losing to Nurmagomedov.

I’ve backed Poirier in nearly every one of his fights over the past five years, earning nice profit in doing so. His loss to Khabib Nurmagomedov was an exception and, as already noted, his win over McGregor earlier this year was another. I still suspect that we’ll be able to get a better price on Poirier come Saturday afternoon, but I’d go ahead and play Poirier for two units now, especially if you can get it at -125. If Poirier gets to -110 in the next two days or hopefully even money or perhaps at small plus odds, then I’d add another unit or two.

Best of luck, folks, and enjoy the show! 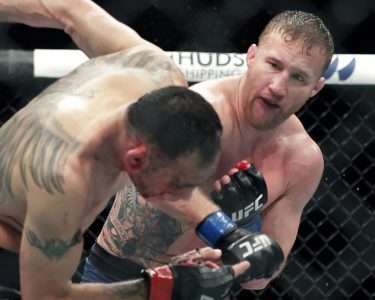 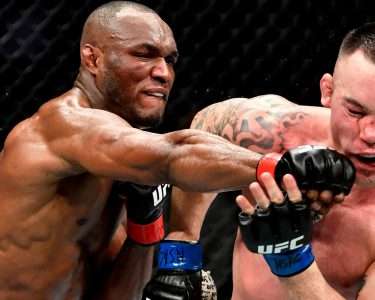 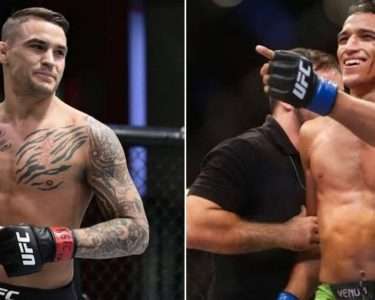