UF star Keyontae Johnson is in a medically-induced coma 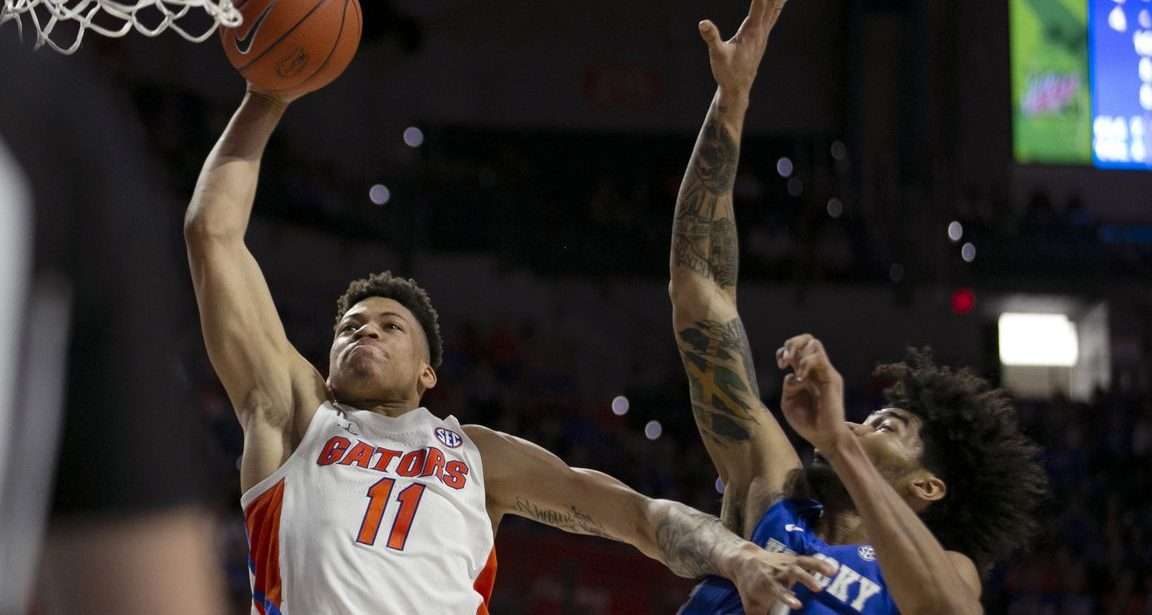 After spending the last two nights at Tallahassee Memorial Hospital, Florida star Keyontae Johnson was transported back to Gainesville, where he is in a medically-induced coma.

In a scene stunningly familiar to the Hank Gathers tragedy in March of 1990, Florida star forward Keyontae Johnson collapsed after a timeout in UF’s game at Florida State on Saturday afternoon. He was taken off the court on a stretcher and rushed to Tallahassee Memorial Hospital, where he remained Sunday in critical but stable condition.

On Monday, Johnson was transported from Tallahassee to Gainesville, where he’s currently in a medically-induced coma.

Johnson’s grandfather, Larry DeJarnett, told USA Today Sports, “He may have had activity in the brain, so they induced the coma. They put him on medication to keep him sedated.”

More than 30 years ago at the WCC Tournament, Loyola-Marymount All-American power forward Hank Gathers, who had led the nation in scoring and rebounding as a junior during the 1988-89 season, flushed home an alley-oop pass for a nasty dunk.

Within 3-4 seconds of dunking, Gathers collapsed on the court. He was pronounced dead at a local hospital less than two hours later.

Like Gathers, Johnson dunked an alley-oop pass from Florida guard Tyree Appleby to give the Gators an 11-3 lead over the Seminoles. FSU’s Leonard Hamilton called a timeout right away.

After Johnson was rushed to TMH, Hamilton told school officials that it was up to Florida if it wanted to continue the game or not. UF head coach Mike White reportedly told his players it was up to them if they wanted to play.

Johnson, a junior forward who was recently named the SEC Preseason Player of the Year, was averaging 19.7 points, 6.0 rebounds and 1.3 steals in UF’s first three games.