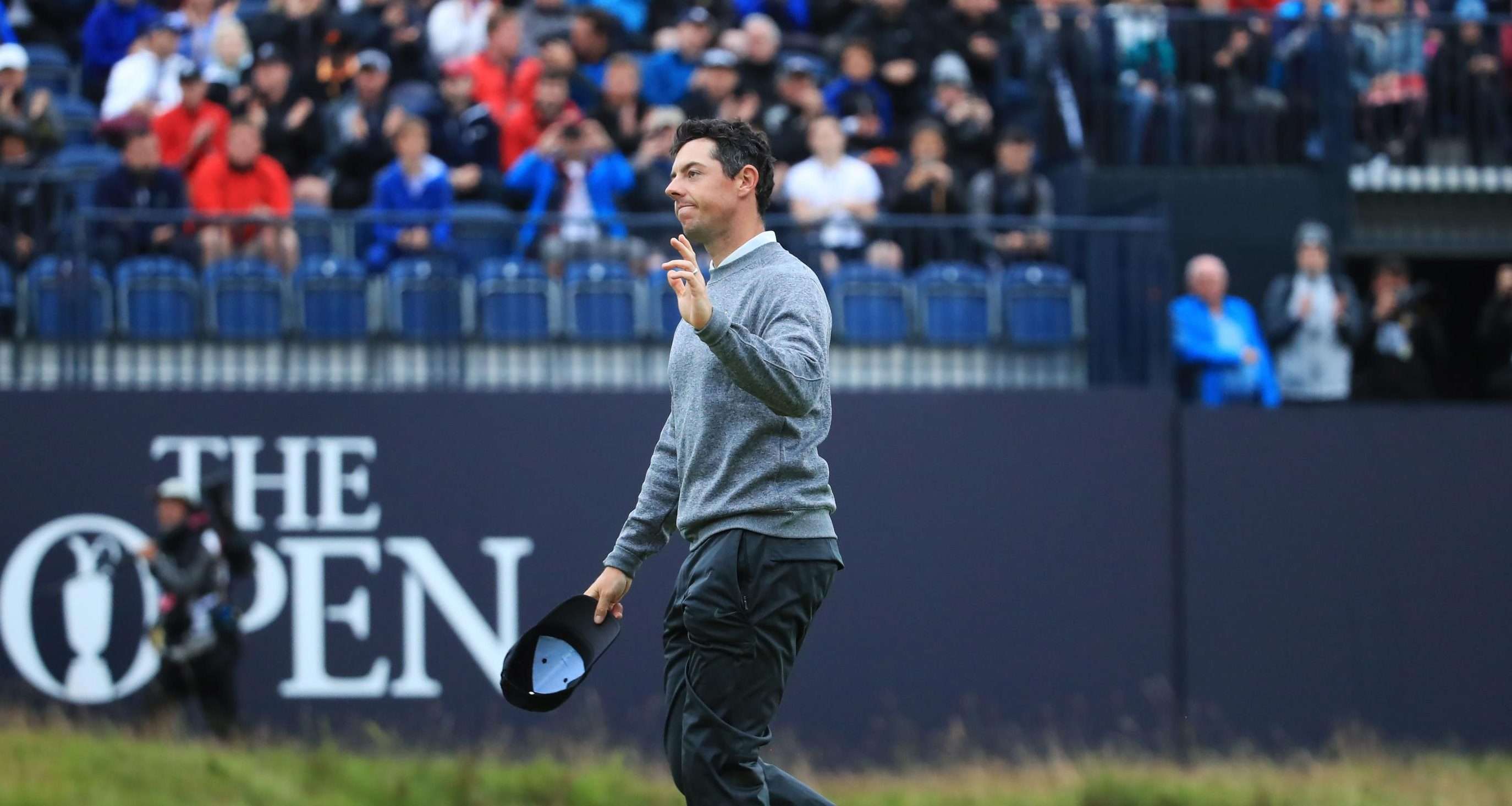 Despite shooting 6-under par in Friday's Round 2, Rory McIlroy joined Tiger Woods and Phil Mickelson in missing the cut at the 2019 British Open. Tommy Fleetwood and Brooks Koepka are now the 6/1 co-favorites to win the major going into Saturday's Round 3.

Following nightmare opening rounds on Thursday, Tiger Woods and Rory McIlroy bounced back with under-par cards on Friday. It wasn’t enough, though.

Both Woods and McIlroy missed the cut at the Open Championship at Royal Portrush. McIlroy was -900 to make the cut before the tournament started.

After shooting 2-under-par to open the front nine, Rory birdied the first three holes on the back nine, giving himself a great chance to make the cut. However, he was unable to break through for a late birdie, eventually falling one shot shy of the cut line at his home course.

Woods finished at 6-over-par, despite a 1-under-round on Friday. For the first time ever, Woods and Phil Mickelson (+8) both missed the cut in the same major championship.

Woods was 3/1 to miss the cut heading into the tournament. This is only the second time in Tiger’s career that he has missed multiple major cuts in the same year (2015).

Despite the absence of big names, Saturday and Sunday still hold plenty of intrigue for the fan and bettor alike. Major-dominant Brooks Koepka sits just three shots off the lead at 5-under-par.

He joins Tommy Fleetwood (-7) as the new +600 co-favorites heading into the weekend, according to Bovada.

J.B. Holmes, the first-round leader, is tied with Shane Lowry for first place at 8-under. Holmes is currently 14/1 and Lowry is 7/1.

Saturday’s action begins when Paul Waring tees off by himself at 4:35 a.m. ET. Spieth begins his round at 10:10 a.m. and the leaders are the final pairing to take the course at 10:50 a.m.