Tennessee heads into its second season under head coach Josh Heupel with high expectations, but the Vols will have to overcome a difficult schedule.

ESPN’s FPI ranks their schedule as the fifth hardest in the country, which can be attributed to annual matchups against Alabama and Georgia, along with a cross-division game at LSU and a non-conference road game at Pitt. Most sportsbooks have Tennessee’s win total at 7.5 with heavy juice or 8 at plus-money.

Heupel became the fourth Tennessee coach since 1941 to win at least seven regular-season games in his first season at the helm. His up-tempo offense rejuvenated a fan base that has developed as much scar tissue as any program in college football over the past two decades.

Star quarterback Hendon Hooker and wide receiver Cedric Tillman both opted to return for the Heupel’s second season, which should give the Vols one of the top passing offenses in the SEC. Hooker took over the starting job early in the 2021 season, throwing 31 touchdown passes compared to just three interceptions while also posting the best single-season passer rating in program history. He is listed at 65-1 in the Heisman Trophy odds at Circa Sports.

His rushing ability is going to play a key role in Tennessee’s success this season as well—he ran for five touchdowns last year and has 1,649 career rushing yards and 20 TDs. Tillman caught 64 passes for 1,081 yards and 12 touchdowns, but the Vols lost Velus Jones Jr. and JaVonta Payton in the offseason. They will need Jalin Hyatt, Jimmy Calloway or Ramel Keyton to take over as the No. 2 wide receiver behind Tillman.

Tennessee has a slew of talented freshmen at wide receiver as well, including Chas Nimrod. The tight end position shouldn’t be an issue, as Jacob Warren and Princeton Fant are experienced players. Running back Jabari Small is the top returner in a group that also features sophomore Jaylin Wright. They are playing behind an offensive line that returns four starters but allowed the most sacks in the SEC last year (44).

While the fan base is excited about the Vols’ offense, there are some questions on the other side of the ball. Tennessee’s defense improved last year based on solid play from defensive tackle Matthew Butler and defensive backs Theo Jackson and Alontae Taylor, but all three of them have departed.

The secondary does return Trevon Flowers and Jaylen McCollough, who combined for five interceptions and eight passes broken up last year. Edge rushers Byron Young (5.5 sacks) and Tyler Baron are going to be key pieces of a defense that set a program record with 102 tackles for a loss last season. However, they ranked last in the SEC in third down percentage (42.1).

As for the brutal schedule, we can start to piece together some of the lines for Tennessee’s matchups this season. The Vols will be favored in their first four games of the season, starting with what should be a cakewalk against Ball State. They are 31.5-point favorites to win that Sept. 1 matchup at BetOnline.

One of the key swing games will come in Week 2, as Tennessee is a 4-point favorite to pick up a win at Pitt, exacting revenge for a 41-34 loss at Neyland Stadium last year. If the Vols can win that game, they should cruise to 3-0 against Akron the following week.

Another swing game is in Week 4, when DraftKings has Tennessee at -4.5 against Florida. The Gators have won five straight meetings between these teams, but they have question marks under first-year coach Billy Napier.

Tennessee will then travel to LSU in what could be a highly anticipated matchup if both teams are undefeated. The Vols will have a bye week before traveling to Baton Rouge.

Their two “sure losses” will be against Alabama (+13.5) and at Georgia (+15.5). Tennessee is a 3.5-point favorite against Kentucky at FanDuel, and it should be favored against Missouri, South Carolina and Vanderbilt. The Vols will add another easy win against UT-Martin in late October.

I’ll go ahead and give my official prediction at ‘over’ 7.5, because the only book that is currently offering 8 is Circa. This is not a terrible spot to pay the extra juice for a number that is a half-game lower anyway, as I believe Tennessee is going to land exactly on an 8-4 record. The Vols are always going to have a brutal schedule as long as Alabama and Georgia are elite, but I don’t mind how the rest of the schedule is shaping up. Some of their big swing games are early in the season against Pitt and Florida, and they include easy tune-up wins the weeks prior.

If Tennessee can take care of business and get off to a 4-0 start, the ‘over’ is going to be in fantastic shape. The Vols will likely drop their games against the Crimson Tide and Bulldogs, but I don’t expect them to lose more than one other game on the schedule. That leaves one more loss as some wiggle room at 7.5.

Bonus tip: The Westgate SuperBook, which launched its app in Tennessee several months ago, is offering a special promotion for bettors. They have listed the Vols at ‘over’ 7.5 (+100) for a max bet of $50 (only available for customers in the state of Tennessee). 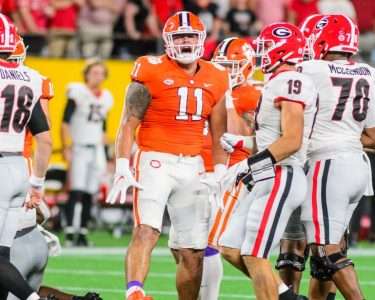 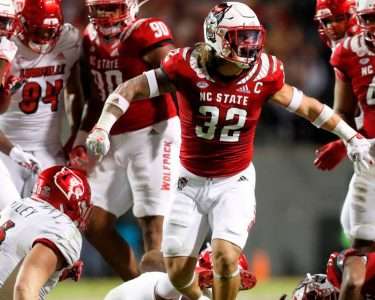