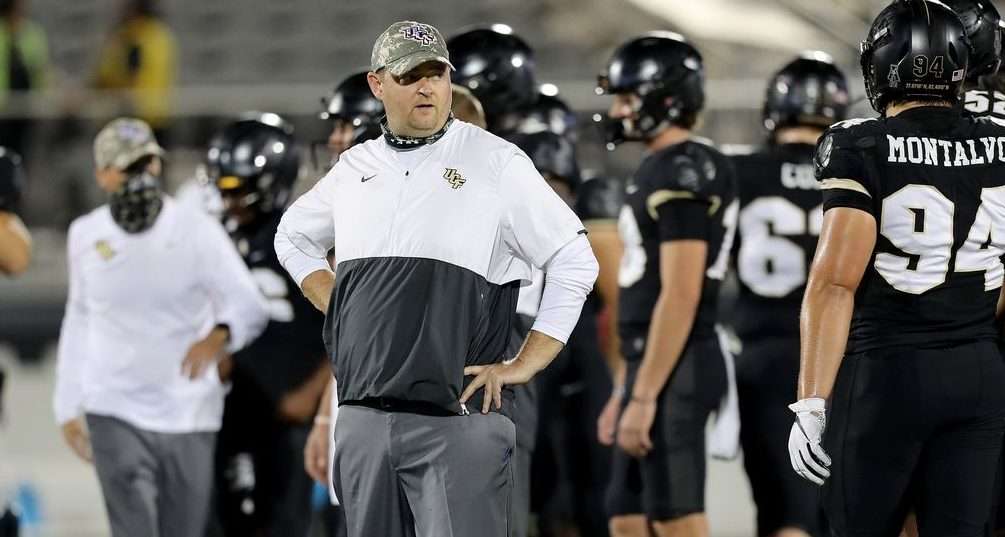 Josh Heupel compiled a 28-8 straight-up record and an 18-17 against-the-spread ledger in three seasons as head coach at UCF.

Tennessee’s new Athletic Director Danny White was hired away from UCF last week. He’s the son of Kevin White, who just announced his retirement as Duke’s AD after an accomplished career.

Danny’s brother is Mike White, the head coach of the Florida Gators men’s basketball program. He has another brother in Brian White, the current AD at FAU, and their sister Mariah Chappell is assistant AD at SMU.

In other words, Danny White was born to be an AD. He’s from good seed and his hire by UT was hailed as a quality one.

However, White inherited a football coaching search that had to be conducted quickly, and it was also one with enormous challenges. You see, retiring AD Phillip Fulmer made an abysmal hire when he brought in Jeremy Pruitt to replace Butch Jones.

Pruitt’s tenure was a disaster from Day 1. After three years of mediocrity, there are allegations of NCAA violations hovering over the program. Knoxville sports radio titan Tony Basilio said on the opening moments of his show on Monday, “Fifty is the number being thrown around (in terms of the number of violations).”

Pruitt was fired with cause due to these alleged violations, which reportedly include “multiple Level-1” infractions. Some have said Tennessee football could be looking at sanctions similar to the ones handed to Ole Miss in the wake of the Hugh Freeze Era, which included a two-year bowl ban.

So obviously, White was up against it. He reportedly had a “sobering weekend” touching base with big names to gauge their potential interest. Apparently there wasn’t any.

The name most heavily reported that White tried to lure to Rocky Top is Penn State’s James Franklin, who had an incredible three-year run of success at Vanderbilt before taking the PSU gig. Reports have also indicated that White contacted Clemson OC Tony Elliott and Buffalo’s Lance Leipold.

Reports surfaced Tuesday night that Tennessee was closing in on hiring UCF’s Josh Heupel, who has been the Knights’ head coach for the last three seasons.

Then on Wednesday morning, Yahoo’s Pete Thamel broke the news that the final details were being worked out for Tennessee to name Heupel as its 27th head football coach later today.

A plane is reportedly on the way to Orlando to pick up Heupel and bring him to Knoxville for a press conference late this afternoon.

According to Thamel, UT is expected to pay Heupel a salary of about $4 million per year. His buyout from UCF is around $3.4 million, while White’s was in the $2.5 million neighborhood. Therefore, UCF will have nearly $6 million in cash flow to conduct searches for its next AD and head football coach.

Heupel has produced a 28-8 straight-up record and an 18-17 against-the-spread mark in three seasons since taking over a UCF program that went undefeated in Scott Frost’s final year before he returned to his alma mater (Nebraska) in 2018.

The UCF offense averaged 43.2 points per game in 2018, which was a five-point drop from its 48.2 PPG average in Frost’s final season.

This past season was a disappointment for UCF, which finished 6-4 SU and 3-7 ATS. The first nine losses of Heupel’s tenure in Orlando were all of the one-possession variety, but that ended in his final game when BYU blasted the Knights 49-23 as a five-point favorite at the Boca Raton Bowl.

Heupel’s offense continued to put up points in 2020, though. In fact, UCF finished the season ranked eighth nationally in scoring with its 42.2 PPG average. The Knights were second in total offense, averaging 568.1 yards per game.

Heupel led Oklahoma to the national title in 2000, finishing second in the voting for the Heisman Trophy before leading the Sooners to a 13-2 win over Florida State at the BCS Championship Game in Miami during Bob Stoops’s second season at the helm.

In 2004, Heupel’s coaching career started at his alma mater as a grad assistant under Stoops. He spent one year in 2005 as Arizona’s tight ends coach before returning to OU from 2006-2014. Heupel served as QBs coach from 2006-2010 before getting promoted to co-offensive coordinator while continuing his duties as QBs coach.

He was the QBs coach for Sam Bradford when he won the Heisman Trophy. Heupel left OU to become OC at Utah St. in 2015, and then went to Missouri for a two-year stretch as OC before landing the UFC gig.

The 42-year-old Heupel walks into a tough situation considering the looming sanctions. His first task? Get on the phone with running back Eric Gray, the electric RB out of Memphis who entered the transfer portal last week. More than a dozen other players have done so in recent weeks. If there’s one he’d love to convince to stay in Knoxville, it’s Gray.

Make no mistake, just because Tennessee hasn’t won a national title since 1998 doesn’t mean you can’t still win big up on Rocky Top. The program has great facilities, incredible tradition and a rabid fan base, which can be good and bad.

The Vols’ fan base is out of patience. They’ve been through hell and back over the last dozen years and change. Heupel’s hire isn’t going to galvanize this group, but at least you can point to some offensive stats and some impressive QB development on Heupel’s resume.

However, Tennessee is a pressure cooker of a job. Heupel has certainly experienced that sort of environment for more than a decade as a player and assistant at Oklahoma, but not as a head coach.

With the transfer defections in recent weeks, the talent cupboard is bare if he can’t talk players in the portal into returning. There are those aforementioned “NCAA boys” in town, a fan base that’ll be extremely challenged to stay patient and one that, quite frankly, is staring at a fifth consecutive hire that it doesn’t know what to think about.

Josh Heupel is the new head coach of the Tennessee Volunteers football program. He’ll be paid nearly $4 million per year. Therefore, nobody needs to feel sorry for him but, man oh man (!!), this dude has got challenges galore in front of him.

If he can lead the Vols back to national prominence and keep this gig for the next decade, he’ll be a Rocky Top legend forever. If not, he’ll simply be the fifth consecutive strikeout in the program’s agonizing Post-Fulmer Era. 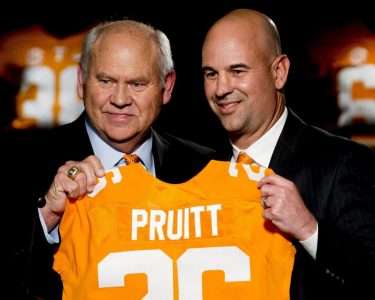