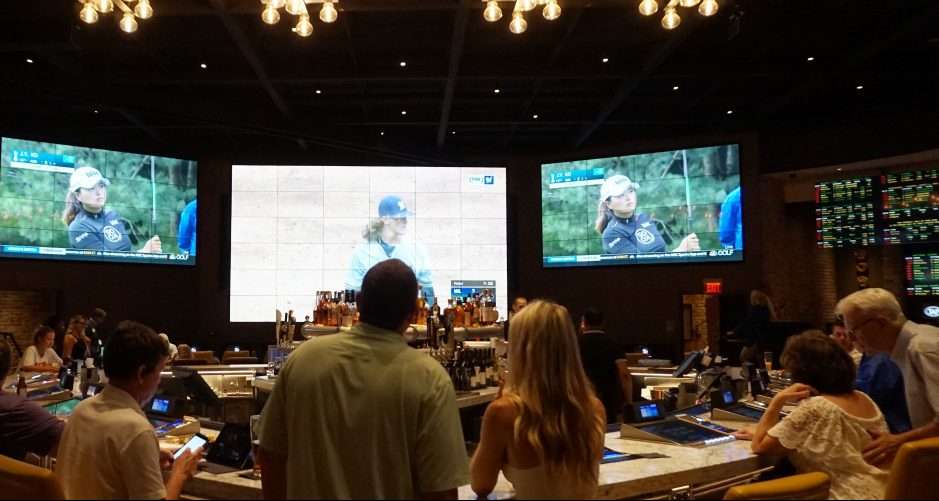 The Beau Rivage opened its new multi-million-dollar sportsbook, The TAP, in July. Although it gets hammered with New Orleans bets from Saints fans who make the 90-mile trek to Biloxi on Sundays in the fall, Race & Sportsbook Manager Will Hall told MajorWager, "We won't move lines at all."

BILOXI, Miss. – I evacuated my Florida residence last October to escape Hurricane Michael, and I headed for the Beau Rivage Casino & Resort in Mississippi.

It was a Thursday night, and the casino was filled with folks wearing red and black. The then-undefeated Georgia Bulldogs were playing football 150 miles away in Baton Rouge that weekend, and UGA fans were doing some gambling on the way to Redstick.

Whatever Georgia fans lost at the tables, they figured they’d earn back by betting on the Bulldogs to cover at LSU.

The only drawback would be driving five miles from Interstate 10 to the Beau to cash that ticket on the drive back to Georgia, right?

But on that Thursday night, I came away unimpressed with the luxurious hotel’s new sportsbook, which consisted of one counter. In fairness to the Beau and the other casinos in Mississippi, however, they had only three months to prepare for football season.

As it has been prone to do throughout its 20-year history, the Beau was going to go big with its sportsbook. The facility wasn’t going to cut corners or pinch pennies; it just needed a little time to get it right.

Fast-forward nine months and there’s much more than one counter. As I visited with Race & Sportsbook Manager Will Hall earlier this week, we sat in the TAP Book, Bar & Bistreaux.

“I like to put a marquee game up on the big screen,” Hall said. “But if we wanted to, we could split this big screen up and show 32 different games at the same time.”

The TVs are impressive. Hell, everything about the TAP screams plush.

The Beau is trying to bring in the whales with its multi-million-dollar book that opened in July.

“This is a win-win for the whole property,” Hall said. “The Beau Rivage has always attracted regular customers from all over the South. Now that we can offer sports betting and have [The TAP], they want to visit more often and have been.”

Those loyal customers don’t have to worry about being turned away, either. In fact, Hall and his staff have yet to turn down a sports wager since opening last summer.

When asked what the biggest bet the house has taken to date, Hall refrained from giving away the exact numbers, but didn’t hesitate to say “well into the six figures.”

More than once? “Oh yeah, we’ve taken quite a few six-figure bets. That’s what we want. We cater to the upscale clients. We’re here for them. We have the biggest casino in the state and we want to attract the biggest bettors.”

If you build it, they will come

The Beau is the tallest building in Mississippi. The 32-story hotel and casino opened March 16, 1999, attracting gamblers from all over to play at its 85 table games and 1,800 electronic gaming machines.

When you walk into the Beau, you instantly forget that you’re in Mississippi. The extravagant atrium in the four-story main lobby has a glass ceiling, magnolia trees and a luxurious ambiance.

The MGM Resorts International property cost Steve Wynn $800 million to build. Until Wynn visited the location on the Gulf Coast, he was planning on using Beau Rivage, which means “beautiful shore” in French, as the name for his Las Vegas hotel that he eventually dubbed the Bellagio.

The property that covers 3.2 million square feet features 1,740 rooms, 95 suites, a 20,00-square-foot Spa and Salon, 12 restaurants and a 1,550-seat theater used for Cirque du Soleil shows and concerts like the one I saw by Crosby, Stills & Nash more than a decade ago.

The Beau makes an outstanding first impression. Biloxi had casinos starting in 1992, but the Beau provided the city with its first five-star resort that families could flock to for a three-day getaway. Furthermore, it set a high bar for its competitors down the street like the Imperial Palace and the Hard Rock that was built in 2005.

Like casinos in Las Vegas, tourists don’t need to leave the Beau for an entire weekend – even the ones that don’t gamble. There’s the poolside scene, the fancy shopping promenade, the spa for massages and pedicures, in addition to every sort of a dining experience one could want.

Business was buzzing at the Beau from 1999-2005, but then Mother Nature came calling.

The Beau’s seven-year run of success came to a crashing halt when Hurricane Katrina nearly destroyed Biloxi. The national media understandably focused its coverage on the carnage in New Orleans, but the storm brought sustained 130 mph winds through the Mississippi Gulf Coast.

The Beau dealt with 30 feet of storm surge, took massive amounts of damage, but lived to see another day. The structure held up and many credit the Beau for shielding nearby buildings from further harm.

The destruction was brutal, though. The first two stories of the building were completely washed out. The removal of debris was a three-month process. The entire resort had to be restored and remodeled, including the rooms, suites, restaurants, meeting rooms and the 85,000-square foot casino.

On Aug. 29 of 2006, one year to the day that Katrina wreaked such havoc on so many lives, the Beau’s doors reopened.

New Jersey paves the way for sports betting across the U.S.

When the U.S. Supreme Court voided the Federal Professional and Amateur Sports Protection Act in May 2018, it upheld the legality of a 2014 New Jersey state law permitting sports betting at the state’s casinos and horse racetracks.

The 1992 law had prohibited legal sports wagering in every state except Nevada, with minor exceptions for Delaware, Montana and Oregon.

This paved the way for all states to legalize, not just New Jersey. And Mississippi was better prepared to jump into this racket since it already featured casinos galore.

Most felt it was a foregone conclusion that Louisiana Sen. Danny Martiny’s sports betting bill would get passed in 2019, allowing the state’s casinos and racetracks to take sports wagers. The bill had no issues getting through the Senate in April, but the House Appropriations committee added video poker parlors and a mandate to use official league data to the bill.

This move swayed too many politicians the wrong way. Martiny pleaded with lawmakers until the final buzzer, but it was to no avail.

Now the future of sports betting in Louisiana is in limbo, since Martiny’s term limit forces him out of office in 2020. Many have considered him one of the nation’s biggest proponents for sports-betting legislation since the Supreme Court’s landmark ruling.

“It’s huge,” Hall said of the visitors from Louisiana. “New Orleans is a real hotbed for us, our closest big city that’s only 90 miles away.

“We have huge crowds for every Saints game, and this past season worked out great for us. They were on Monday Night Football twice and had the Thursday game against Atlanta on Thanksgiving.”

When asked if he was forced to move a lot of lines due to one-sided action on the Saints, Hall explained that this wasn’t a practice the Beau was going to utilize. He said, “We won’t move lines at all. We’re an MGM property and the customers at our properties in New Jersey and Nevada aren’t betting the same way, so it evens out.”

In some cases, it works out better than even for the Beau. Bettors didn’t just come here to back the Saints in each game; they hammered the book with New Orleans future bets to win the Super Bowl last August.

“Our liability on the Saints to win the Super Bowl was heavy; it was into the six figures. That terrible no-call worked out for us. And they had the fluke play at Minnesota the year before, so it’s been a tough way to go out for the Saints the last two years.”

The Beau doesn’t just attract gamblers wanting to wager on the Saints.

“Alabama and LSU fans are our biggest players in college football. They have huge fan bases that like to come here. All the SEC really, but especially Alabama and LSU,” Hall said.

When those fans flock to Biloxi for beers, bets and ballgames on Saturdays this fall, they’ll enjoy a new experience at the Beau’s newest beauty by the shore, The TAP. 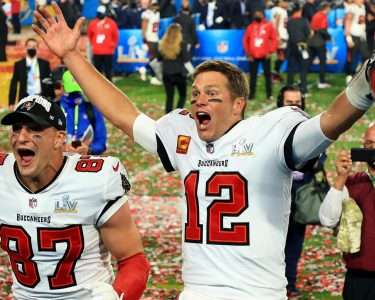