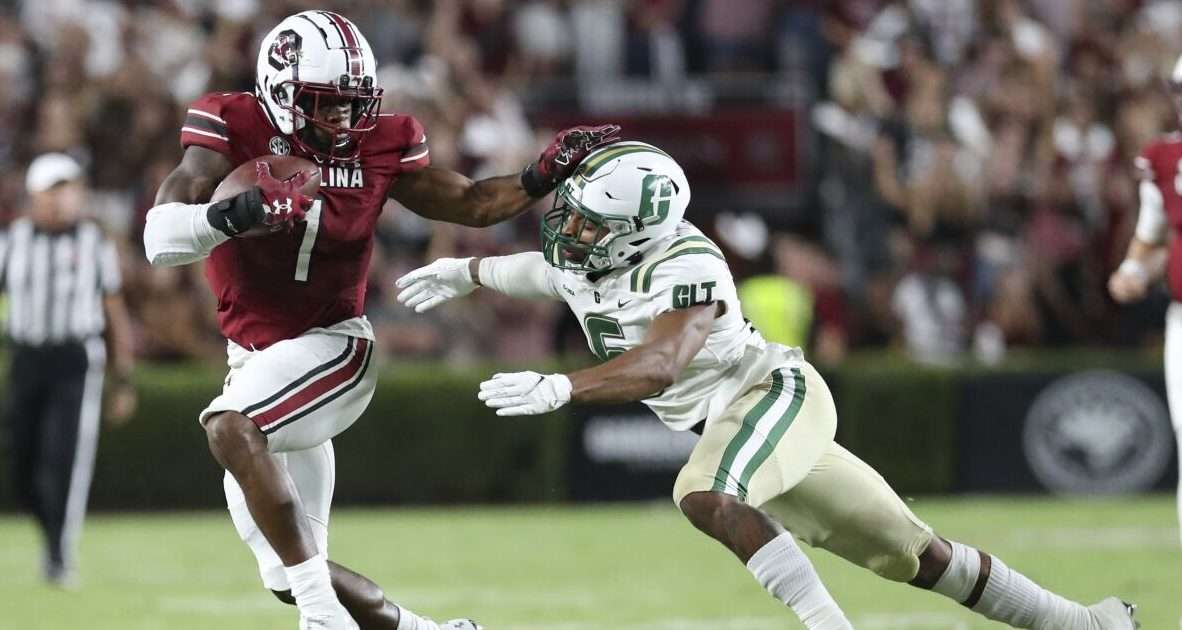 Former South Carolina RB Marshawn Lloyd is headed to the Pac-12 for the 2023 campaign.

USC has landed one of the top transfers in the portal in ex-South Carolina running back Marshawn Lloyd, who ran for 573 yards and nine touchdowns for the Gamecocks this season.

Lloyd was a four-star recruit out of Dematha Catholic High School in Hyattsville, MD., in the 2020 class, but he missed his first season at South Carolina after tearing his ACL during training camp in August. According to 247Sports, Lloyd was the No. 43 overall player in the 2020 class, the fifth-ranked RB and the fourth-best player out of the state of Maryland.

In 2021, Lloyd played in 11 games. However, it was apparent that he wasn’t quite back to 100-percent healthy. He was limited to 228 rushing yards and one TD on 64 attempts (3.6 yards per carry). Lloyd also had three catches for 44 receiving yards.

He played in the Gamecocks’ first eight games this season and returned for the regular-season finale after missing three games due to an injury. Lloyd produced 573 rushing yards and nine TDs with a 5.2 YPC average. He added 18 receptions for 176 yards and two TDs.

In addition to Lloyd, Lincoln Riley has picked up commitments out of the portal from three other four-star transfers in LB Mason Cobb (Oklahoma St.), WR Dorian Singer (Arizona) and CB Christian Roland-Wallace (Arizona).