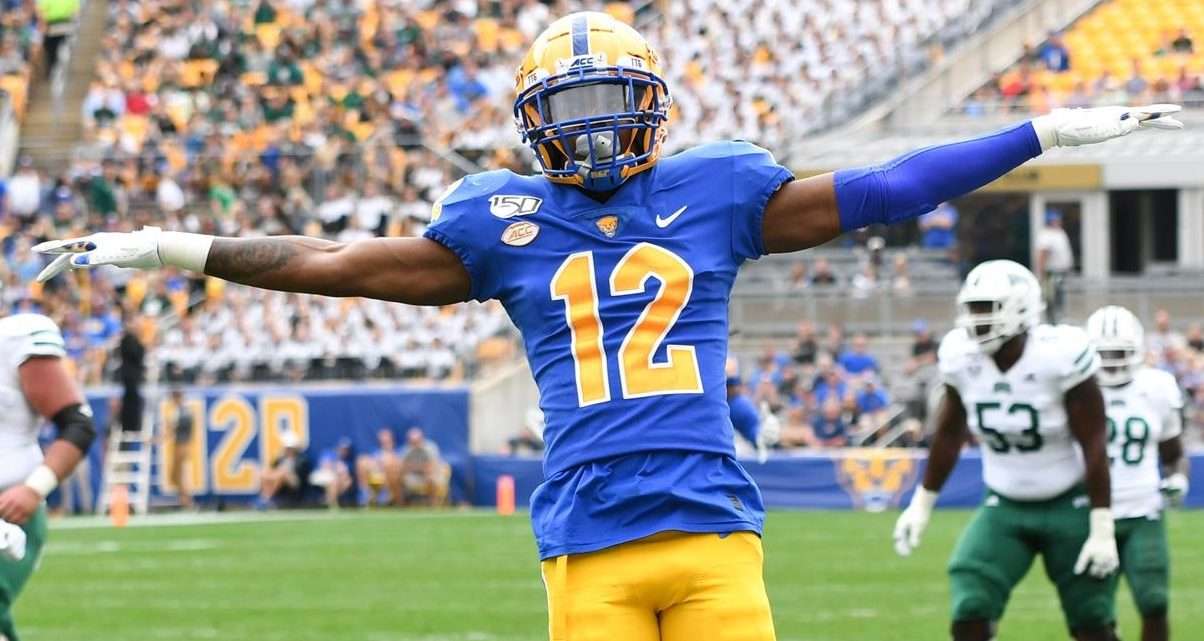 Pitt safety Paris Ford, a third-team All-American in 2019, has decided to turn his focus to the 2021 NFL Draft.

Pittsburgh star safety Paris Ford has opted out of the rest of the 2020 season.

Alan Saunders of PGH Sports Now was the first to report the news Monday morning.

The fourth-year junior is a former four-star prospect and the highest-rated signee of the Pat Narduzzi Era. Ford enjoyed a breakout 2019 campaign, producing a team-high 97 tackles to go with 11 passes broken up, three interceptions, three forced fumbles, 2.5 tackles for loss and one pick-six.

This news comes nine days after Ford was seen arguing with coaches on the sidelines after being removed from a lopsided 45-3 home loss to Notre Dame. After the game, Narduzzi’s only comment about pulling Ford was that he wanted to see backup safety Brandon Hill get some snaps with the game out of hand.

On Oct. 10, Pitt lost 31-30 at Boston College in overtime when its kicker missed a PAT that would’ve forced a second extra session. Then without starting QB Kenny Pickett, who at that time was leading the nation in passing yards, Narduzzi’s squad lost 31-19 at Miami as an 11.5-point road underdog.

Without Pickett again, the Fighting Irish took the Panthers behind the woodshed. The Panthers, who are mired in a 0-5-1 ATS slump, were short favorites (from -1 to -2) for Saturday’s game at Florida St. at some shops on Sunday night.

The ‘over’ has hit in four straight games for Pitt to improve to 5-2 overall. The ‘over’ is on a 4-1 run for FSU in its last five contests. If the total remains at 52 or fewer, it’ll be the lowest Mike Norvell’s team has seen since its opener vs. Ga. Tech, a 16-13 loss, dropped way ‘under’ the 50-point tally.

On the flip side, this will be only the second total in the 50s for the Panthers, who saw the ‘under’ emerge when the 43 combined points fell South of the 53.5-point total vs. U of L.

Pickett’s status from the ankle injury sustained at BC remains in doubt. He’s officially listed as ‘questionable’ against the Seminoles, who are 2-4 both SU and ATS.

Ford, who garnered third-team All-American honors and was a first-team All-ACC choice last season, is leading Pitt in tackles again this year with 45 stops. He also has 3.5 TFL’s, three interceptions, three PBU and one QB hurry. Ford’s three interceptions are in a tie for the ACC lead.

In Phil Steele’s 2020 magazine, Ford and Syracuse’s Andre Cisco were the preseason first-team All-American picks at the two safety spots. Cisco is also out for the season after getting injured in a collision during warm-ups before a home win over Ga. Tech. Ford was listed by Steele as the second-best strong safety available for the 2021 NFL Draft, behind only Oklahoma St.’s Kolby Harvell-Peel.

Despite Twyman’s absence, Pitt is still ranked No. 1 in the nation in run defense and 11th in total defense.