Chris Olave and the Buckeyes are 14-point road favorites in Thursday's opener at Minnesota.

Fourth-ranked Ohio State has a chance to extend its Big Ten winning streak to 22 games when it travels to Minnesota to open the season on Thursday night.

The Buckeyes have won the last four conference titles and are coming off an appearance in the College Football Playoff finals. Minnesota is looking to bounce back from a disappointing 3-4 campaign.

Oddsmakers were right on the money when they opened the spread for this game, as Ohio State has remained a 14-point favorite. The Buckeyes have been favored by at least two touchdowns in 15 of their last 17 conference games. The total, meanwhile, has moved from the opener of 65.5 points down to 62.5.

Bettors are expecting an improved Minnesota defense in 2021. The Golden Gophers were No. 72 in the FBS in total defense last season. They are facing an inexperienced Ohio State quarterback on Thursday night, though.

Redshirt freshman C.J. Stroud will make the start for the Buckeyes as they replace first-round NFL pick Justin Fields. Stroud beat out Jack Miller, Kyle McCord and Quinn Ewers for the job. None of those quarterbacks have thrown a pass at the collegiate level.

The good news for Stroud is he will have WRs Chris Olave and Garrett Wilson as reliable targets in the passing game. Minnesota head coach P.J. Fleck said it is the best wide receiving corps that he has ever seen.

“I can go through every single one of them, and I mean, I stand behind my statement,” Fleck said. “That’s not something to butter people up. That’s a compliment.”

Olave caught 50 passes during Ohio State’s 2020 season that ended in a loss to Alabama in the national title game, while Wilson added 43. Stroud will also have experienced running back Master Teague III at his disposal.

Teague rushed for 514 yards on 104 carries last season, averaging 4.9 yards per attempt. He has not lost a fumble in three years at Ohio State.

Minnesota has an even better option in its backfield. Running back Mohamed Ibrahim, who was named the 2020 Big Ten Running Back of the Year, tallied 1,076 rushing yards and 15 touchdowns in seven games last season.

The Golden Gophers have plenty of experience heading into a fresh season where they will be hoping to get rid of a bad taste that was left in their mouth after last year. Fourth-year quarterback Tanner Morgan is going up against an Ohio State secondary that ranked No. 122 out of 127 FBS teams last season.

The Buckeyes went ‘over’ the total in five of their final seven games last year. They allowed a Big Ten-high 304 passing yards per game and lost their top two tacklers at linebacker.

Morgan returns top target Chris Autman-Bell, but he is ‘questionable’ for this game with a leg injury. Fleck said Autman-Bell is “a little more kind of advanced in terms of a game-time decision, but I won’t make that call.”

Ohio State is 11-0 straight up in its last 11 games against Minnesota. It has gone ‘over’ the total in its last five season openers. The Golden Gophers have been good as underdogs, covering at a 10-4 against-the-spread clip in their last 14 games as ‘dogs.

I think this is one of those spots where one team is overvalued and one team is undervalued, leaving me with a clear choice as far as the spread is concerned. Minnesota was a breakout team in 2019 that saw a good deal of regression in 2020. I expect a bounce-back season from the Golden Gophers, who enter Thursday’s opener with plenty of experience. Morgan is primed for an efficient game against a secondary that struggled last season. Ohio State will have a ton of talent offensively, but it should take some time to find a rhythm with a new starting quarterback. It is always tough for an inexperienced quarterback to make his first career start on the road.

Other News and Notes:

The Vols will be rolling out a new starter at quarterback as well. First-year head coach Josh Heupel announced that Joe Milton, a transfer from Michigan, won the starting job during the offseason.

Tennessee moved on from Jeremy Pruitt after a disappointing 2020 season. The Vols went 2-6 ATS in their last eight games and they went ‘under’ in six of their final seven games. They have gone ‘under’ in their last six games at Neyland Stadium.

Bowling Green was one of the worst teams in the FBS last season and has failed to cover in its last nine road games. The Falcons went 1-7 ATS in their final eight games of the 2020 season. They went ‘over’ the total in five of their last seven games.

Oddsmakers opened the spread with Tennessee as a 27-point favorite, but it has climbed all the way to -35.5. There has been movement through the key number of 35 over the last 48 hours. The total opened at 56.5 and has been bet up to 60.5, as bettors are expecting continued offensive success from Heupel.

One of the most intriguing games of the day will take place at the Bounce House when Boise State faces UCF. The Broncos went 5-2 last year, finishing with a perfect 5-0 record in conference play. They lost to No. 25 San Jose State in the Mountain West title game.

UCF is coming off what was a disappointing season by its standards, finishing 6-4 overall. It was upset by Tulsa and Memphis, while also losing to Cincinnati and BYU (Boca Raton Bowl).

Oddsmakers opened the Golden Knights as 3.5-point favorites, but the betting action has pushed that number to -5.5. Thursday’s total has been bet down from 71.5 to 68 points. Boise State was 1-4 ATS in its final five games last year, but it is 4-1 ATS in its last five season openers, including an outright win at FSU two years ago.

UCF was overvalued in the market last season, going 2-7 ATS in its last nine games. The Golden Knights have been fantastic at home, going 18-2 in their last 20 such outings. 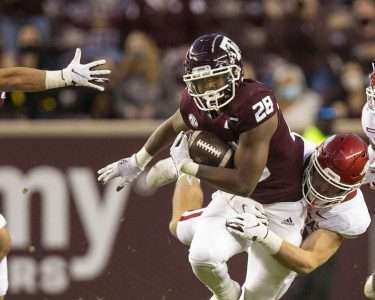 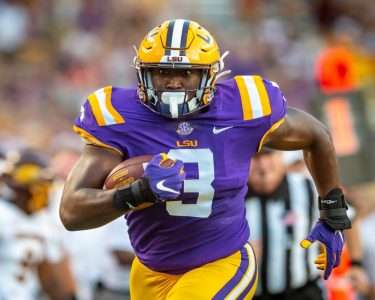