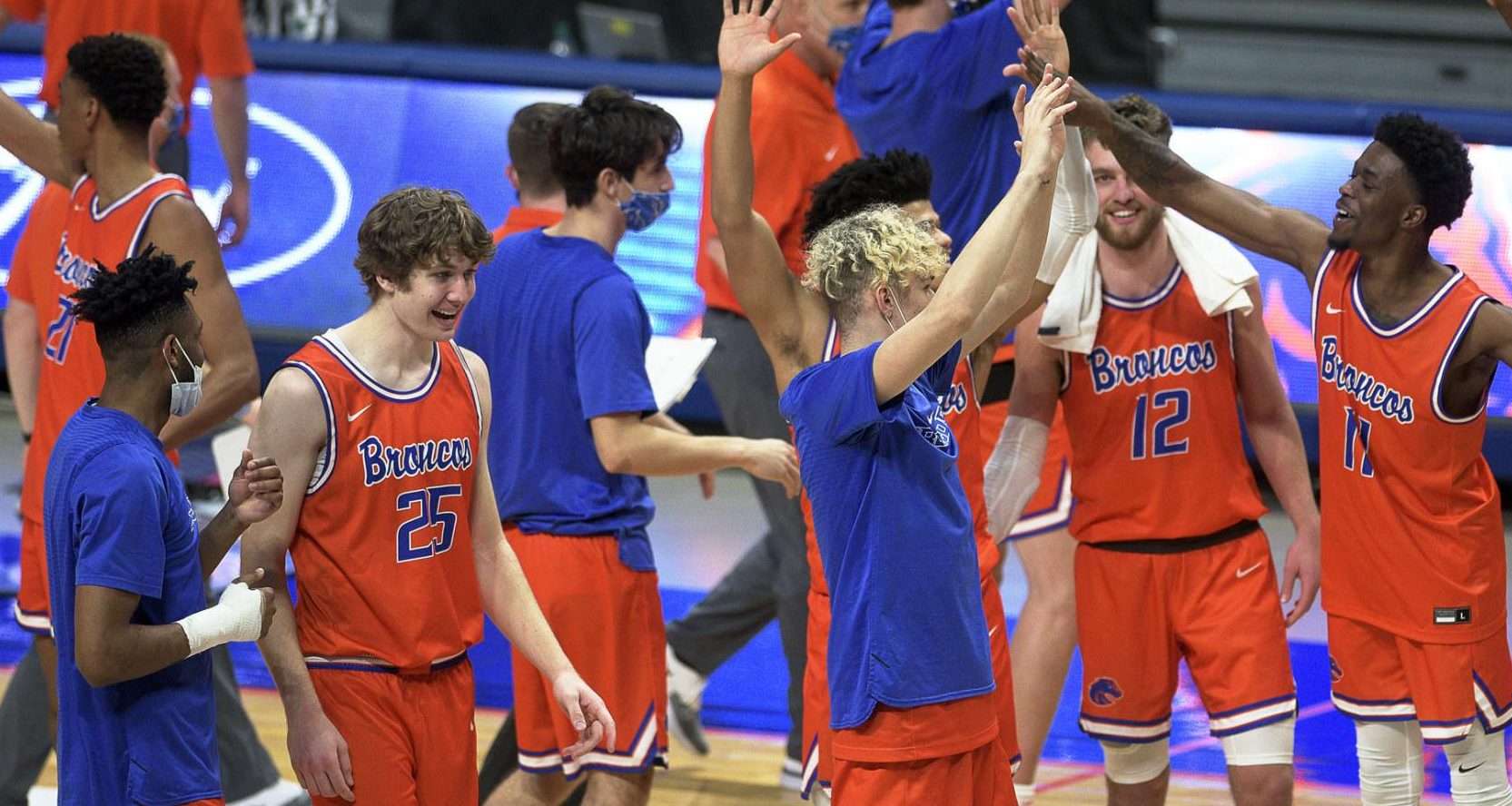 Boise St., a four-point underdog tonight vs. Memphis, is 4-1 ATS as a 'dog this year with the only non-cover coming in an OT loss at San Diego St. as a seven-point puppy.

Where: The Super Pit

Top-seeded Memphis will put a streak of seven straight spread covers on the line when it faces second-seeded Boise State in the quarterfinals of the NIT on Thursday night.

The Tigers just missed out on the NCAA Tournament following a 76-74 loss to Houston in the AAC Tournament. They notched a 71-60 win over Dayton in the first round of the NIT, covering as 5.5-point favorites and marking their seventh cover in a row.

Memphis will need to win Thursday night’s game by at least five points in order to keep its cover streak alive. It opened as a 4-point favorite before briefly moving to -4.5, but the line has dropped back down to -4 at most shops. The total opened at 143.5 and has been bet down to 143.

Boise State was a popular pick to win the Mountain West this season, but it came up short down the stretch. The Broncos lost a pair of games at San Diego State along with a home game vs. Fresno State to close the regular season.

They were unable to make a run in the conference tournament, falling to Nevada for a third time this year in the quarterfinals as 4-point favorites. Boise State (+1) bounced back in the first round of the NIT with a thrilling 85-84 win over third-seeded SMU.

Memphis has relied on its athletic, lengthy defense all season. The Tigers are the second-ranked defense in KenPom’s adjusted efficiency ratings and are fifth in opponent’s effective field goal percentage.

Boise State’s strength is on the offensive end, listed at No. 56 in adjusted efficiency. The Broncos will have the height to provide a challenge to Memphis. They are No. 19 in average height, while Memphis is No. 52.

Senior guard Derrick Alston Jr. leads Boise State with 17.3 points and 3.6 rebounds per game. The 6-foot-9 guard scored 13 points in Thursday’s win over SMU. Senior forward Abu Kigab was scoring 11.8 points and grabbing 5.4 rebounds, but he is out for the season with a shoulder injury. BSU’s Max Rice is also done for the year with an injury.

Kigab’s absence leaves junior guard Marcus Shaver Jr. as the only other player in double figures, scoring 10.6 points. He had 13 points in 35 minutes of action in the first round.

While Memphis is excellent on the defensive end, its offense has left something to be desired. The Tigers are No. 318 in turnover rate and No. 150 in effective field goal percentage. They will be facing an average Boise State defense that is listed at No. 74 in adjusted efficiency.

Both teams like to play up-tempo, with Memphis at No. 50 in average possession length and Boise State at No. 70. The Broncos come into this game with much more experience, listed at No. 71 in experience. Memphis is a young team (No. 323), but it gets more bench production in this matchup.

The ‘under’ has cashed in four of the last five games for Memphis to improve to 18-6-1 overall, while Boise State has gone ‘over’ in five of its last seven. The Broncos are 4-1 ATS in their last five games as underdogs.

I think Memphis squashed potential motivation concerns with its double-digit win over Dayton on Saturday. The Tigers picked up where they left off in the regular season. They took some time to find a rhythm with a young roster, but they are playing their best basketball of the year. Boise State had a rough finish to the season and has struggled against superior competition. Memphis’ two losses in their last 10 games both came against Houston by a combined five points. The Tigers will use their length to win this game on the defensive end of the court.