As of Jan. 17, most books had Jon Jones vs. Ciryl Gane listed as a pick 'em for their UFC 285 showdown for the vacant heavyweight strap.

UFC President Dana White announced Saturday that the promotion was unable to reach a deal with heavyweight champion Francis ‘The Predator’ Ngannou on a new contract. Therefore, the 36-year-old is a free agent and the UFC has relinquished its rights to match any offers for him.

“We offered Francis a deal that would have made him the highest paid heavyweight in the history of the company,” White said. “More than [Brock] Lesnar, more than anybody, and he turned the deal down. We get to this point where I’ve told you guys before, if you don’t want to be here, you don’t have to be here.

“I think Francis is in a place right now where he doesn’t want to take a lot of risk. [He] feels he’s in a good position where he could fight lesser opponents and make more money. So we’re going to let him do that.

As of early Tuesday afternoon, DraftKings and BetMGM had this scrap listed as a pick ’em (-110 either way). DraftKings had opened Gane as a -150 favorite early Sunday morning.

Jones is considered by many to be the greatest fighter in mixed martial arts history, although some would argue that fighters who have tested positive for performance-enhancing drugs should be eliminated from that conversation. Others feel like the retired and undefeated Khabib Nurmagomedov should hold that moniker.

However, Jones hasn’t fought since winning a controversial unanimous decision over Dominick Reyes at UFC 247 on Feb. 8 of 2020. He will have been off for more than three years when he steps into the cage against Gane.

According to MMADecisions, 14 of 21 media members scored the fight 48-47 for Reyes. In Jones’s previous defense of his 205-pound strap at UFC 239 on July 6 of 2019. ‘Bones’ captured a split-decision win over Thiago Santos, who blew out both of his knees during the fight but fought valiantly until the final bell.

Fourteen of 19 media members scored that scrap for Jones over Santos, according to MMADecisions. The point, though, is that Jones’s last two Octagon appearances were the least-dominant performances of his UFC career with just one exception (his win over Alexander Gustafsson in their first bout).

The 32-year-old Gane (11-1 MMA, 8-1 UFC) transitioned to MMA in 2018 after going 13-0 as a professional Muay Thai fighter. He has five finishes (three KOs, two submissions) in his UFC victories. Gane’s victims include the likes of Derrick Lewis, Dos Santos, Tai Tuivasa, Don’Tale Mayes and Raphael Pessoa.

Gane got the better of Ngannou when the fight was standing in the first two stanzas, but he did show some vulnerability on the ground when Ngannou decided to turn the fight into a grappling match in Rounds 3, 4, and 5. Jones has a wrestling base, but he doesn’t have Ngannou’s size.

In his last outing, Ngannou rallied from losing the first two rounds to beat Gane via unanimous decision (48-47, 48-47, 48-47) at UFC 270 on Jan. 22 of 2022. For the first time in his career, Ngannou utilized his wrestling to take Gane down and maintain top position in the final three rounds.

Whether Ngannou signs with Bellator, PFL or another MMA promotion remains to be seen, and there’s also the possibility of a boxing match against Tyson Fury or another top-tier heavyweight. 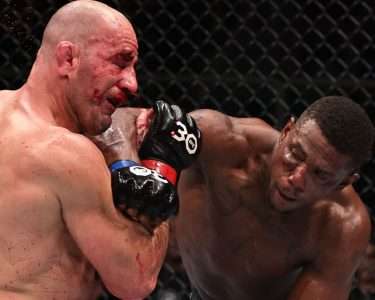 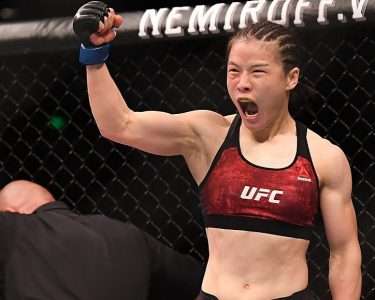