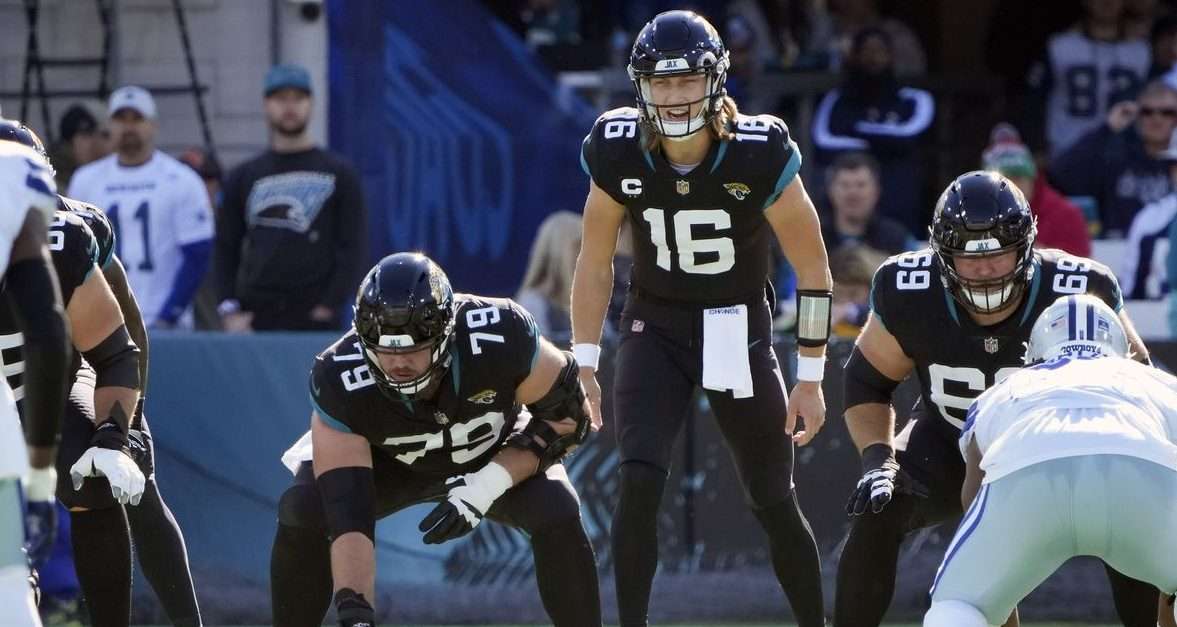 The No. 4 Los Angeles Chargers will be looking for a much cleaner performance than they had in their first meeting with the No. 5 Jacksonville Jaguars this season when they square off on Saturday night during Super Wild Card Weekend.

Jacksonville went on the road and dominated Los Angeles in Week 3, rolling to a 38-10 win as a 6.5-point road underdog. The loss became even more surprising based on the following two months, as the Jaguars proceeded to lose seven of their next nine games, while the Chargers won four of their next five games.

Both teams were in good form down the stretch of the regular season though, with Los Angeles winning four of its final five games and Jacksonville notching wins in five straight games. Oddsmakers opened the Chargers as 1-point road favorites, but the early betting action has pushed the line to -2.5 as of Thursday morning.

Saturday night’s total opened at 46.5 and has been bumped up to 47.5. These teams have gone ‘over’ the total in six of their last seven head-to-head meetings, but Los Angeles has gone under in four of its last six games.

The Jaguars punched their ticket to the playoffs on a fumble that was returned for a touchdown in the final minutes against Tennessee last week. They only had 222 yards as a team, getting held to minus-1 yard in the final quarter of that win.

Lawrence took a huge step forward this season, throwing for 4,113 yards, 25 touchdowns and eight interceptions, helping the Jaguars make the playoffs for the second time in 15 seasons. He finished 20 of 32 for 212 yards a touchdown in the win against Tennessee.

Jacksonville enters the playoffs ranked tenth in the NFL offensively, averaging 357.4 yards per game. Lawrence’s top target in the passing game has been wide receiver Christian Kirk, who has 84 receptions for 1,108 yards and eight touchdowns. Wide receiver Zay Jones has added 82 catches for 823 yards and five scores, while tight end Evan Engram has 73 receptions for 766 yards.

“Trevor gets his opportunity,” Jaguars head coach Doug Pederson said. “It just goes to show how important that position is, as we know. We’re just fortunate and blessed to have Trevor as our guy leading this football team. Last week was a step for him, obviously. Now this is another step in that direction.”

He will have to contend with a Los Angeles offense that also features a young quarterback making his postseason debut. Justin Herbert threw for 4,739 yards, 25 touchdowns and 10 interceptions this season, leading the ninth-ranked offense in the NFL. He has been without multiple weapons at different times this season, including wide receivers Mike Williams and Keenan Allen.

The Chargers won five games in a seven-game stretch after Allen returned prior to last week’s meaningless regular-season finale. Williams did not practice on Tuesday due to a back injury and is ‘questionable’ for this game, but head coach Brandon Staley said he expects Williams to play.

Los Angeles was also without star pass rusher Joey Bosa for most of the season before he returned from a groin injury in Week 17. He joins Khalil Mack and Kyle Van Noy to form a trio that combined for 15.5 sacks during the regular season.

Jacksonville has won and covered the spread in five straight games as a home underdog, while Los Angeles is 4-0-1 ATS in its last five games overall. The Chargers are also 7-2 ATS in their last nine road games, covering the number in five straight trips to Jacksonville.

Los Angeles is healthier than it was when it faced Jacksonville early in the season, but it is still dealing with more bumps and bruises than the Jaguars are heading into the playoffs. It certainly feels like home-field advantage means more than normal in this game, as both teams are led by quarterbacks who do not have postseason experience. Jacksonville also has more playoff experience on its coaching staff, and the Jaguars were one of the hottest teams in the NFL down the stretch of the regular season. I don’t expect them to blow out Los Angeles like they did in Week 3, but I also can’t back the Chargers as road favorites in this spot.