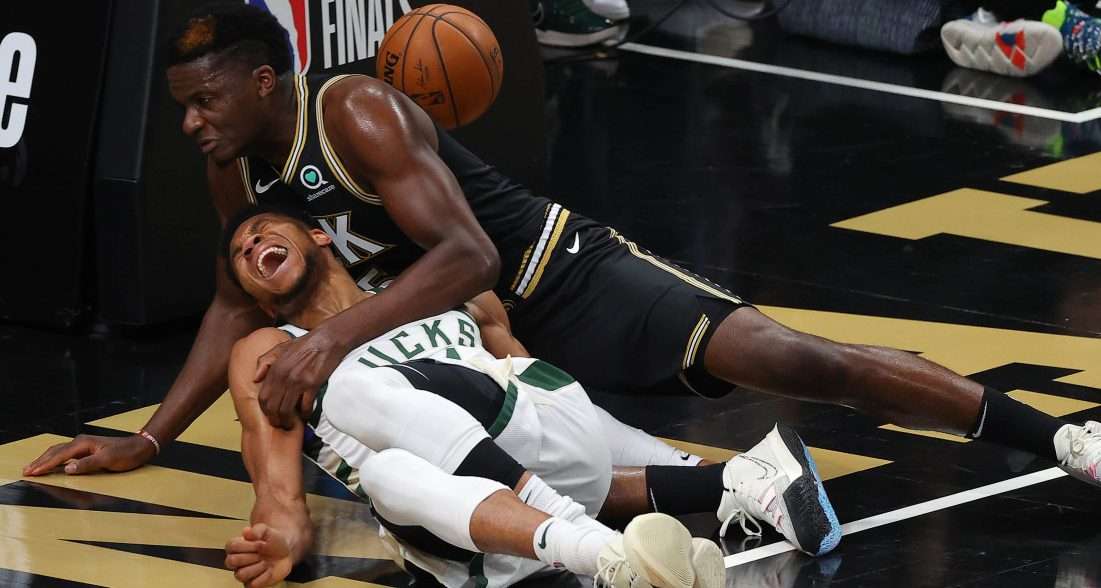 Gamblers shouldn't expect to see Giannis Antetokounmpo in the lineup for Milwaukee in tonight's Game 1.

Injuries have derailed some star players in this year’s NBA playoffs. Milwaukee’s Giannis Antetokounmpo is the most recent example and he’s unlikely to play tonight.

The Bucks’ star power forward and two-time NBA MVP is officially listed as ‘doubtful’ for tonight’s NBA Finals opener. Antetokounmpo suffered a hyperextended left knee in Game 4 of the Eastern Conference Finals against Atlanta and has not played since.

Milwaukee was able to win Games 5 and 6 against the Hawks without him, with Khris Middleton and Jrue Holiday leading the way.

The Westgate SuperBook opened Milwaukee at -150 in a potential Finals matchup against Phoenix on June 28, but that line was posted before Antetokounmpo’s injury. The Vegas-based book flipped the odds one week later, opening Phoenix at -150 to win the series.

Jeff Sherman, who manages NBA odds for the SuperBook, told ESPN’s David Purdum that the book took multiple limit bets on the Suns to win the series after the line was posted—it has now moved to -170. Offshore sportsbook BetOnline has Phoenix listed at -190 to hoist the trophy.

The Suns head into Game 1 as six-point favorites. The line was -5 or -5.5 on Monday until Antetokounmpo was deemed ‘doubtful’ early Monday evening. Tuesday’s total has moved from 217 to 219 points in the last 24 hours.

Phoenix picked up a pair of wins against Milwaukee during the regular season, but both games were decided by a single point. The Bucks are attempting to win the title for the first time in 50 years, while Phoenix is gunning for its first championship in franchise history.

In many ways, this series could shape the legacy of Phoenix’s Chris Paul, who has not won a title in his career. Paul has been one of the game’s best point guards for 16 years and will do battle with Milwaukee’s Holiday.

Paul has a 122-22 assist-to-turnover ratio in 14 playoff games and is coming off a 41-point performance in the series-clinching win against the Clippers. He added eight assists, four rebounds, three steals and zero turnovers. Holiday is known as one of the best on-ball defenders in the NBA, so it’s shaping up to be an intriguing matchup.

If Antetokounmpo is unable to play, the Bucks will rely on Middleton. He scored 32 points and dished out seven assists against Atlanta on Saturday. Middleton is averaging 20.4 points and 6.0 rebounds this season. Milwaukee’s defensive rebounding percentage dips from 79.6% to 69.3% without Antetokounmpo on the court.

Milwaukee is just 3-9 in its last 12 games as an underdog. The total has gone ‘over’ in four of the last five head-to-head meetings between these teams.

Milwaukee is going to be in trouble if its star is not able to play on Tuesday night. Phoenix has had three extra days of rest heading into the Finals and Milwaukee is coming off a tough series. Paul has been on a mission throughout the postseason and gives his team a mental edge on the court. The Bucks have only covered once in their last seven games against the Suns. Phoenix has been dominant at home and will be looking to make a statement in Game 1, and Antetokounmpo’s injury makes it an even better play. 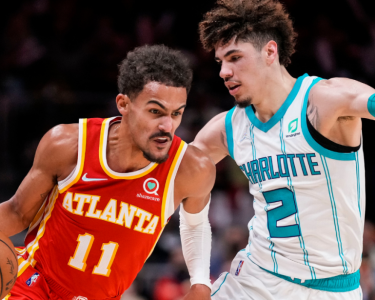 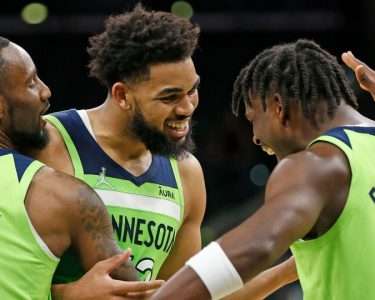