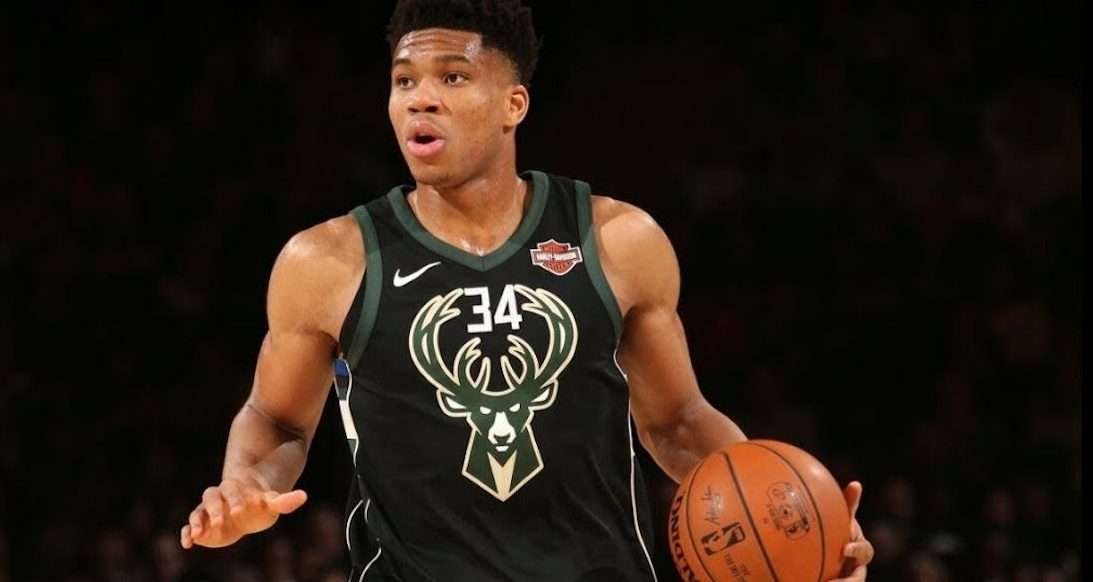 Milwaukee All-Star forward Giannis Antetokounmpo is 'out' for tonight's home game vs. Sacramento due to personal reasons.

5:40 p.m. ET. Injury Updates: Giannis Antetokounmpo is ‘out’ for Milwaukee, Serge Ibaka (illness) is ‘out’ for Toronto and Kyle Lowry has been upgraded to ‘probable’ for the Raptors. Also, Miami’s Tyler Herro is ‘out’ at Golden State.

The Association has a nine-game card for Monday night. Bettors who don’t subscribe to the NBA package will be limited to a pair of televised games on NBA TV — Sacramento and Milwaukee at 8:00 p.m. ET. and Phoenix at the Los Angeles Lakers at 10:30 p.m. ET.

Three games tip at 7:05 p.m. ET. Let’s start with Brooklyn at Indiana, as most books have the Pacers installed as 6.5-point home favorites with a total of 218.5. They’re looking to end a five-game losing streak — their longest of the season — after falling 124-117 at home to New Orleans on Saturday night.

Brooklyn is playing without Kyrie Irving for a fourth consecutive game. The Nets are 8-16 straight up and 9-15 ATS in 24 road assignments.

The ‘over’ has hit in four straight games for Indiana and seven of its last eight. The ‘under’ had cashed in three games in a row for Brooklyn before the ‘over’ prevailed in Saturday’s 119-118 loss at Toronto. The Nets have won five of their last eight games while going 6-2 ATS.

Atlanta is at Orlando after beating the Knicks 128-123 in overtime yesterday. Trae Young had 48 points and 13 assists for the Hawks, who have won seven of their last 14 games.

Atlanta’s Clint Capela is hoping to make his debut for the team after the All-Star break. Cam Reddish has been cleared to return from a concussion that’s kept him out for more than a week, and (despite the tweet above from earlier today) Hunter has also been upgraded to ‘probable.’

Detroit is a 3.5-point home favorite vs. Charlotte, with a total of 205.5. The Pistons have lost eight of their last 10 games, limping to a 3-7 spread record in the process. They’ve seen the ‘under’ hit in three of their past four contests.

Charlotte has lost five games in a row both SU and ATS, losing by at least 12 points in each instance. The Hornets have seen the ‘over’ cash in three consecutive outings.

Toronto is a 9.5-point home favorite vs. Minnesota, while the total is at 230.5. The Timberwolves snapped a 13-game losing streak by smashing the Clippers 142-115 Saturday as 10-point home underdogs. They also ended a nine-game ATS slide with the outright victory.

Toronto will be without Marc Gasol and Norman Powell, and Kyle Lowry is ‘questionable’ after injuring his shoulder in Saturday’s win over Brooklyn. The Raptors are on a 14-game winning streak and haven’t tasted defeat since a home loss to San Antonio on Jan. 10. They’re 9-5 ATS during the current surge.

The ‘over’ has hit in four straight games for Toronto and six of its last seven.

Most spots are listing Milwaukee as a 10.5-point home favorite vs. Sacramento, with the total at 229. The Bucks have won four games in a row both SU and ATS, winning by at least 11 points in each instance.

Sacramento will be without Marvin Bagley, Richanu Holmes, Alex Len and Jabari Parker, but it is 16-10 ATS on the road. Also, the Kings have won three games in a row both SU and ATS and are 6-2 both SU and ATS in their last eight.

However, the big story is…

UPDATE: Giannis Antetokounmpo has been ruled ‘out’ tonight.

Utah is a 1.5-point road favorite at Dallas. Did you see what the Jazz did last night in Houston?

When Houston was down 10 with about three minutes left, I checked the in-game line and saw the Rockets at +750 on the money line. I couldn’t help myself and got a really small taste.

Ouch! But when a player does something that impressive, you just have to tip that cap and get over it.

Utah had lost five games in a row both SU and ATS until beating Portland on Friday in controversial fashion. The Jazz pulled out of a 0-6 ATS slide withe last night’s win at Houston as a three-point road underdog. The ‘over’ is 11-6 in the Jazz’s last 17 contests.

Dallas isn’t in a back-to-back spot like Utah, but it playing a third game in four days. The Mavericks are off a 116-100 win at Charlotte on Saturday. They’ve seen the ‘over’ cash in four consecutive games and six of its last seven.

Kristaps Porzingis (knee) has been upgraded to ‘probable,’ while second-year All-Star guard Luka Doncic remains ‘out.’

Denver is a seven-point home favorite vs. San Antonio. The Nuggets will be without Michael Porter Jr. and Will Barton, but Gary Harris has been upgraded to ‘probable.’ Paul Millsap returned to the lineup in Saturday’s 117-108 win at Phoenix.

Denver has won three games in a row both SU and ATS and is 7-2 both SU and ATS in its last nine outings. The Spurs bring a four-game losing streak to the Mile High City, and they’re 2-7 in their last nine contests.

Miami is in a back-to-back situation after losing 115-109 last night at Portland. The Trail Blazers took the money as 5.5-point home ‘chalk.’

The Heat has dropped three games in a row both SU and ATS to start this six-game road swing. Jimmy Butler and Meyers Leonard are ‘questionable’ for Miami, while Tyler Herro has been ruled ‘out.’ (But we’ve got an update on Butler in the tweet below.)

Draymond Green has been upgraded to ‘probable’ for the Warriors, who have seen the ‘over’ go 7-2 in their last nine games. The total — by the way — is 219 points.

The Lakers are 12.5-point home favorites vs. Phoenix, with the total set at 229. The ‘over’ is on an 11-3 run for the Lakers, who lost at home to Houston on Thursday before winning 125-120 at Golden State on Saturday.

The Suns are 1-5 both SU and ATS in their last six games. Dario Saric, Aron Baynes, Frank Kaminsky and Jared Harper are ‘out’ tonight, and DeAndre Ayton (ankle) is ‘questionable.’

If we didn’t already note these injuries above, here are a few others:

Please forgive the shameless self-promo here, but my NBA picks are killing it. You can find my NBA picks here if I’m not giving them out on MajorWager’s Twitter account.

Also, Zion Williamson practiced today and will play against Portland on Tuesday. And finally, Houston’s Eric Gordon is ‘out’ until after the All-Star break. 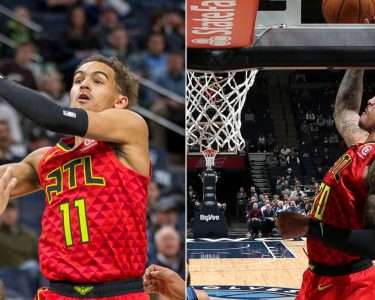 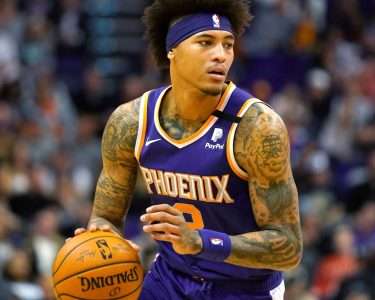 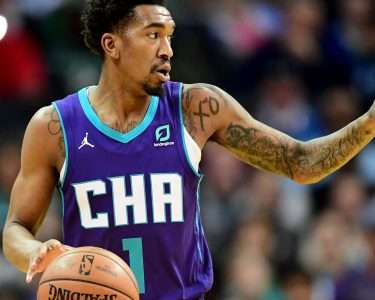