The Packers have limped to a 2-8 spread record in their last 10 games as double-digit favorites.

Green Bay was dominated more than any team in the NFL last week.

The Packers allowed five passing touchdowns in a 38-3 loss to New Orleans. Veteran quarterback Aaron Rodgers was just 15 of 28 for 133 yards and two interceptions.

They are not going to panic quite yet, though, as all four NFC North teams lost in Week 1. Monday night is setting up as a nice bounce-back opportunity—Detroit is paying a visit to Lambeau Field.

The Lions were down 28 points to San Francisco before doing some damage control down the stretch of a 41-33 loss last week. They closed as 9.5-point underdogs, giving their backers a late backdoor cover.

Green Bay opened as an 11-point favorite in this matchup. The line initially moved down to -10.5, went back up to -12 and was -11.5 as of early today. Monday’s total opened at 48.5 points and remains there at most shops.

Not many players have been in the NFL headlines over the last year more than Rodgers, who was involved in multiple trade rumors following his 2020 MVP campaign. He appeared disinterested at times during last week’s game, totaling just 133 passing yards.

Rodgers will be facing a Detroit defense that allowed 31 first-half points against San Francisco to open the season. It was the worst defense in the NFL last season, according to defensive DVOA. The Lions were able to get back into the game last week when they cut the lead to 41-25 with a touchdown and a two-point conversion with 1:53 remaining.

They added another touchdown on a 46-second drive to get within eight points of the 49ers, but San Francisco was able to hold on. Jared Goff threw for 338 yards, three touchdowns and one interception in his Detroit debut. Most of his production came once his team was in a deep hole, but the Lions were able to cover because of it.

Goff only threw for 300 yards six times with the Rams last season. He also tallied at least 50 passing attempts just twice, so his usage rate was very high in Week 1. Running back D’Andre Swift had 11 carries for 39 yards, while Jamaal Williams rushed nine times for 54 yards.

They are going up against a Green Bay defense that allowed Jameis Winston to throw five touchdowns, despite completing just 14 passes for 148 yards. The Saints also had 171 yards on the ground.

Green Bay was unable to get anything going offensively, rushing 15 times for 43 yards. Davante Adams led the wide receivers with five catches for 56 yards, but Rodgers was unable to get the ball into the end zone.

Offshore sportsbook Bovada currently has Green Bay listed at 14/1 to win the Super Bowl, while Detroit is tied for the longest odds at 350/1. The Packers have a team total of 30.5 on Monday night and the Lions’ total is listed at 19.5.

Detroit has covered the spread in seven of the last eight head-to-head meetings between these teams. It is 3-17 straight-up in its last 20 trips to Lambeau Field, though.

Green Bay has one of the strongest home-field advantages in the NFL, going 14-2 in its last 16 home games. The Packers are 8-1 ATS in their last nine games following a loss. However, they are an abysmal 2-8 ATS in their last 10 games as double-digit favorites.

The second week of the season can sometimes be one of the most difficult weeks of the season for bettors. I think this game is the perfect example. Is Rodgers uninterested in playing for Green Bay or is he going to make a statement? There is some wiggle room with Detroit at this number. It would be shocking to see the Packers lose outright, but there were some very concerning signs from them in Week 1. Goff played well down the stretch last week and the Lions showed that they are not going to quit when they get down several scores. This is a rivalry where Detroit has covered in eight of the last nine matchups, so I feel comfortable taking the ‘dog on Monday night. 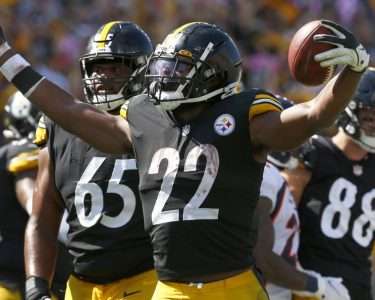 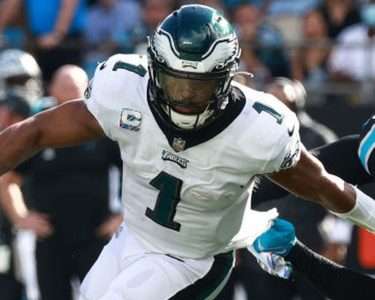