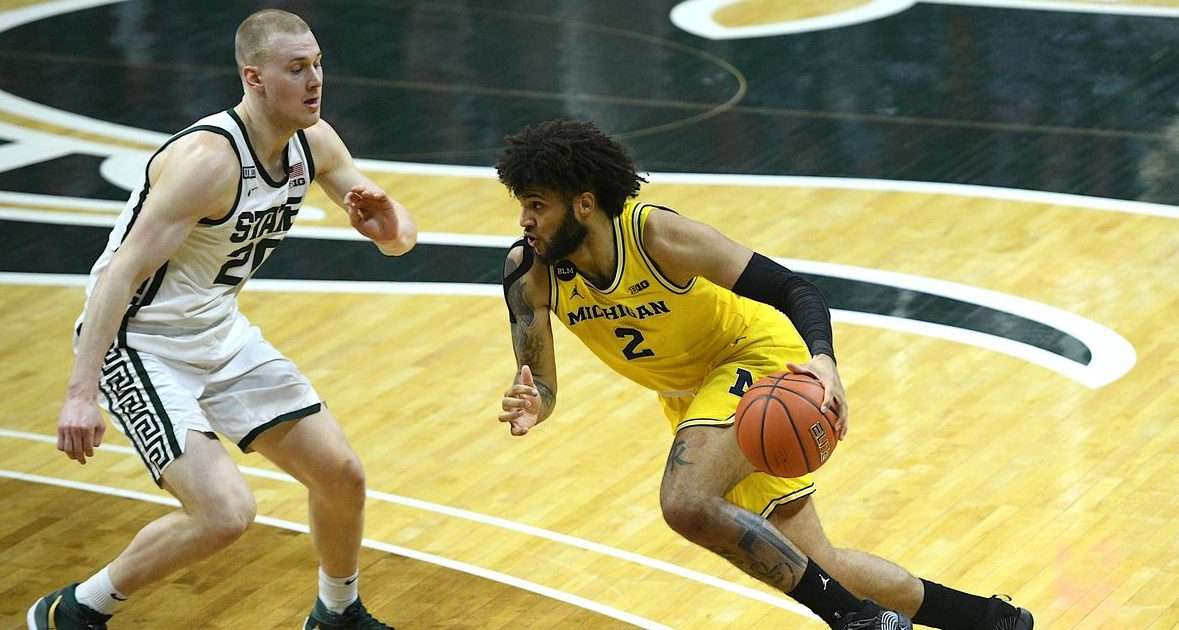 Michigan senior Isaiah Livers is out indefinitely with a foot injury sustained on March 12.

Michigan, a likely No. 1 seed when the NCAA Tournament bracket is released on Sunday, will be without Isaiah Livers indefinitely after he sustained a foot injury in Friday’s 79-66 win over Maryland.

Juwan Howard’s team advanced to the Big Ten Tournament semifinals with the win over the Terrapins.

A press release stated the Livers has a stress injury to his right foot. He’ll be placed in a walking boot and begin rehabbing immediately.

The tri-captain has played in 118 career games for the Wolverines, who advanced to the finals of the 2018 NCAA Tournament before losing to Villanova.

Michigan went into today’s game vs. Ohio State with a 20-3 straight-up record and a 17-6 against-the-spread mark.

On the bright side, Michigan guard Eli Brooks started last night. His status appeared to be in question after sustaining an ankle injury last week.

The ‘under’ has cashed in five consecutive games for the Wolverines and eight of their last nine.