Kawhi Leonard's 30 points, seven rebounds and six assists sparked Toronto to a 123-109 win at Golden State in Game 3 of the NBA Finals. The Raptors lead the series 2-1 and are listed as 4.5-point underdogs in Friday's Game 4 at Oracle Arena.

With Klay Thompson and Kevin Durant out with injuries, Toronto took full advantage and cruised to a 123-109 win in Wednesday’s Game 3 of the NBA Finals. The Raptors won outright as three-point road underdogs to take a 2-1 lead in this best-of-seven series.

The 232 combined points soared “over” the 210.5-point total. The tally was reduced by three points on Wednesday. After opening as six-point favorites at most spots early Monday morning, the Warriors were down to 4.5-point “chalk” early Wednesday. As it became clear that Thompson wasn’t going to play in the two hours before tip-off, the line shrunk to three.

Steph Curry scored 47 points in the losing effort. He also had eight rebounds, seven assists and two steals, but the two-time NBA Most Valuable Player didn’t have enough help. Draymond Green finished with 17 points, seven rebounds, four assists and a pair of steals. The only other Warrior in double figures was Andre Iguodala, who had 11 points, six boards and three assists without a turnover.

DeMarcus Cousins, who isn’t playing at 100 percent after missing more than a month after suffering an injury in the first round of the playoffs, wasn’t as effective as he was in Game 2. Cousins played 19 minutes and had four points, three rebounds, two assists and one steal.

Golden State head coach Steve Kerr told media members Thursday morning that he expects Thompson (hamstring) to play in Friday’s Game 4 at Oracle Arena. Thompson has been upgraded to “probable,” but Durant (calf) is “out” again.

Kevon Looney was believed to be out for the rest of the series with a collarbone injury, but he’s been upgraded to “questionable” for Game 4. Looney averaged 6.3 points and 5.2 rebounds per game during the regular season. In the playoffs, he’s averaging 7.2 points and 4.6 RPG while making 73.0 percent of his field-goal attempts.

When Durant was ruled “out” later Thursday afternoon, most books moved the Warriors to five-point “chalk.” By later Friday afternoon, Golden State was favored by 4.5 points and the total was at 215.5. The Raptors were down to +175 on the money line.

The updated series price was -110 either way before Durant was deemed unable to go in Game 4. Following that development, the Raptors became -120 favorites to win the series.

Meanwhile, Toronto (72-31 SU, 50-53 ATS) has compiled a 31-19 SU record and a 24-26 ATS mark in 50 road assignments this year. Since falling into a 0-2 hole with back-to-back losses at Milwaukee to start the Eastern Conference finals, Nick Nurse’s club has ripped off a 6-1 record both SU and ATS in its past seven contests.

Toronto has thrived in underdog roles this season, posting a 13-8 spread record. The Raptors are 6-3 ATS when listed as ‘dogs of four points or more.

The “over” has hit in all three games of this series so far. In fact, the “over” is 9-2 in the last 11 head-to-head meetings between these teams.

These teams have now met five times this year, with Toronto going 4-1 SU and 3-2 ATS. 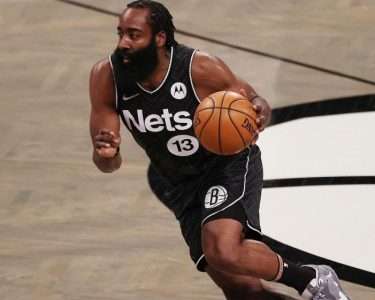