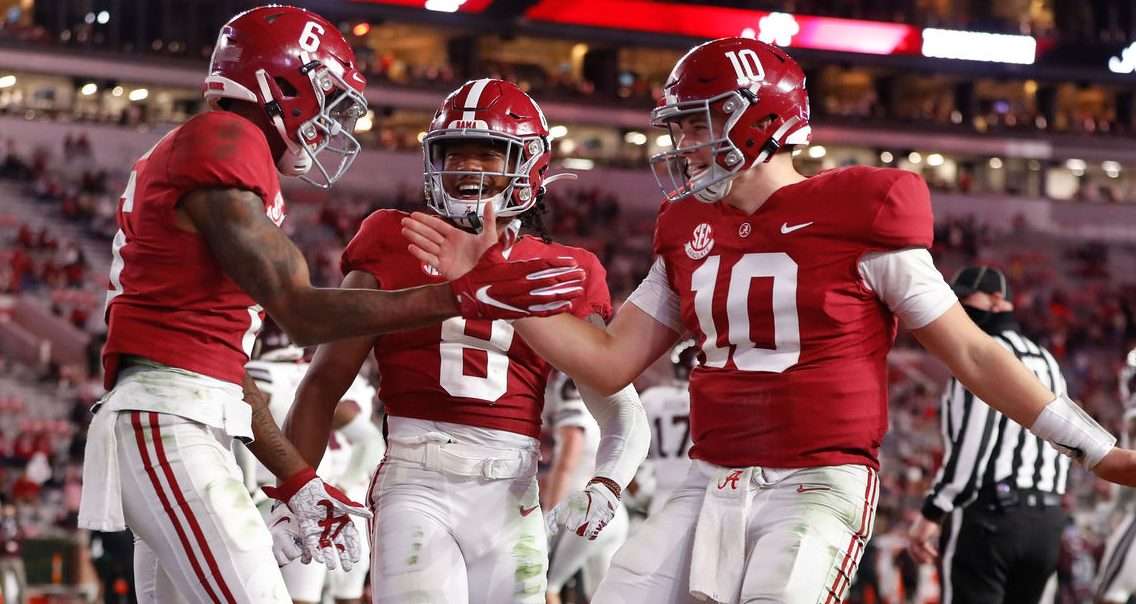 There are always surprises in college football—COVID-19 has changed the nature of those
surprises.

Instead of big upsets being at the forefront of the sport, it’s absences, postponements and
cancellations that seem to cause the most drama this season. The latest instance came when
Clemson quarterback Trevor Lawrence tested positive for the coronavirus last week.

He missed Saturday’s game against Boston College and has been ruled out for this week’s game
at Notre Dame. Lawrence was a -110 favorite to win the Heisman Trophy prior to his
positive test.

BetOnline now has the likely No. 1 pick in the 2021 NFL draft slated at +250 to win the award.
Alabama quarterback Mac Jones has taken over as the frontrunner at +125. Jones has thrown for
the third-most yards among FBS players this season and is completing 78.5 percent of his passes.

Lawrence was also passed on the board by Ohio State quarterback Justin Fields. Fields comes
in just behind Jones at +150, despite only playing two games so far this year. He has been nearly
perfect in those two starts, though, completing 48 of 55 passes for 594 yards and six touchdowns.

Clemson’s signal-caller is certainly still in the mix, despite missing two games. Lawrence has
completed 70.7 percent of his passes for 1,833 yards and 17 touchdowns, while only throwing
two interceptions.

There is a severe drop-off in contenders following the three quarterbacks at the top. BYU
quarterback Zach Wilson is 28/1, while Alabama wide receiver Devonta Smith and Florida
quarterback Kyle Trask are both 33/1.

Clemson has also taken a hit in the College Football Playoff futures market. The Tigers were the
‘chalk’ prior to the positive test, but they are now +225. Alabama and Ohio State are the co-
favorites at +200.

Notre Dame is only a 5.5-point underdog against a Lawrence-less Clemson team. The Tigers will
need another nice outing from freshman quarterback D.J. Uiagalelei, who helped them rally to a
34-28 win against Boston College.