KU will be without David McCormack in Big 12 Tourney 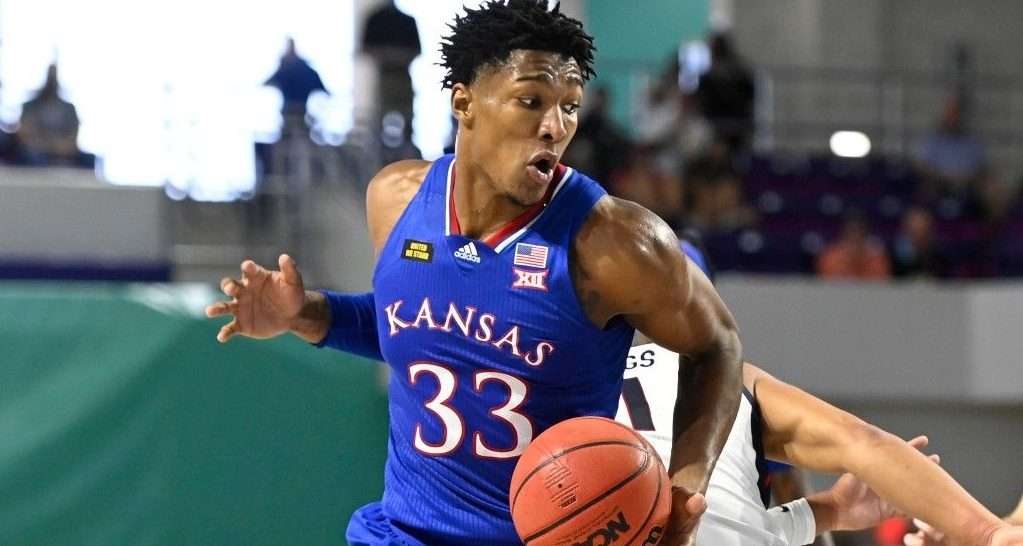 The Jayhawks will not have their starting big man, David McCormack, in the Big 12 Tournament.

Kansas, the No. 2 seed in the Big 12 Tournament this weekend, will be without David McCormack and Tristan Enaruna due to COVID-19 safety protocols.

It is unclear whether either player tested positive for the virus, although KU head coach Bill Self indicated that he was confident that both players will be able to play in the NCAA Tournament next week.

McCormack, a 6-foot-10 junior center, has started all 27 games for the Jayhawks this season. He is averaging 13.4 points, 6.1 rebounds and 1.0 blocked shots per game. McCormack has hit 51.1 percent of his field-goal attempts and 80.2 percent of his attempts from the charity stripe.

“It does change a lot,” Self told the Associated Press, “because as you guys know, we’ve actually gotten better playing through David the second half of the season, and he’s had a really good last 10 to 15 games. He’s been really good for us. So that’s different.

Kansas has won seven of its last eight games, with the lone defeat coming in a 75-72 overtime loss at Texas. This surge has allowed the Jayhawks to improve to 19-8 straight up and 13-12-1 against the spread. They went 12-6 in league play to beat Texas and West Virginia out for second place in the regular-season standings by one-half game.

KU is 7-2-1 ATS in its last 10 games. The Jayhawks will take on the winner of Oklahoma-Iowa State in the first game of Thursday’s evening session at T-Mobile Center in Kansas City.