TCU’s 2020 passing attack is about to get a lot more dangerous with the addition of former Nebraska wide receiver JD Spielman. HornedFrogBlitz’s Jeremy Clark reported the news first this past weekend.

Rumors had been swirling about Spielman’s pending departure from Lincoln in recent weeks. He made it official late Sunday night with this Instagram post:

Spielman took a leave of absence from Scott Frost’s program and returned to his home state of Minnesota in early March. He joined the transfer portal in June.

TCU hasn’t formally announced the addition of Spielman, who has been granted a waiver to play right away according to Clark.

Instead, Jerry Kill served as the catalyst in helping the Horned Frogs land Spielman. Kill, the former head coach of the Gophers, is a special assistant to head coach Gary Patterson.

In 2017 as a freshman, Spielman finished third in the Big Ten in all-purpose yards. He had 55 receptions for 830 yards and two touchdowns, in addition to 669 kickoff return yards and one TD.

In 2018, Spielman was fourth in the Big Ten in all-purpose yards. He hauled in 66 receptions for 818 yards and eight TDs. Speilman also had a punt return for a TD.

Spielman finished his junior campaign with 49 catches for 898 yards and five TDs. He added his third career special-teams TD with a punt return in a 35-21 home win over South Alabama.

It is unclear at this point whether Brooks will be granted a waiver to play in 2020.

DraftKings currently has TCU with 250/1 odds to win the College Football Playoff. 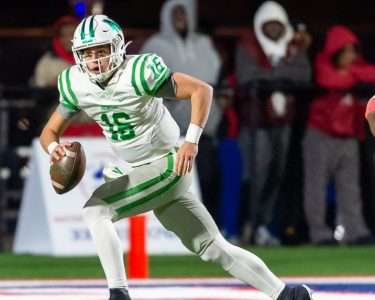