Jacare tests positive for COVID-19; UFC 249 still on with blessings of Florida Commission

Jacare Souza weighed in Friday morning while wearing a mask.

The UFC 249 show will still go on with the approval of the Florida Commission.

Souza arrived at the UFC hotel Wednesday and disclosed to the promotion that a family member had tested positive. Therefore, he was isolated after taking his test for COVID-19. Souza had gloves and a mask on at weigh-ins Friday morning.

Two of Souza’s cornermen have also tested positive for COVID-19.

Here’s a portion of the statement released by the UFC:

“From their arrival earlier in the week until their departure today, Souza and his cornermen followed UFC health and safety protocols, including practicing social distancing, wearing personnel protective equipment, and self-isolating whenever possible.

There have been no other positive COVID-19 tests reported from the remaining athletes participating in UFC 249.

The response to this development is indicative of the effectiveness of the health and safety measures UFC has put in place for this event. “

According to ESPN’s Marc Raimondi, Souza drove into Jacksonville with his corner people from Orlando, where he lives and was training out of his home gym.

Hall had the following reaction to tonight’s news on Twitter. I thought Hall looked like he was in the best shape of his career after living at his gym during quarantine.

For more on UFC 249, check out my preview of the main card. 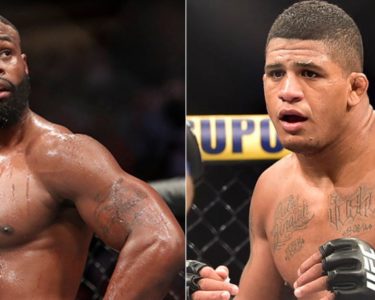 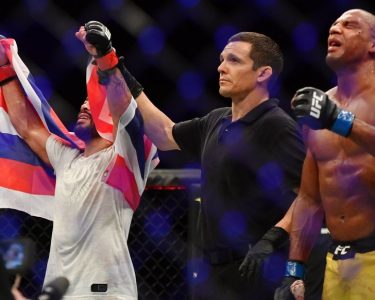 The UFC’s eight-day run in Jacksonville was a…