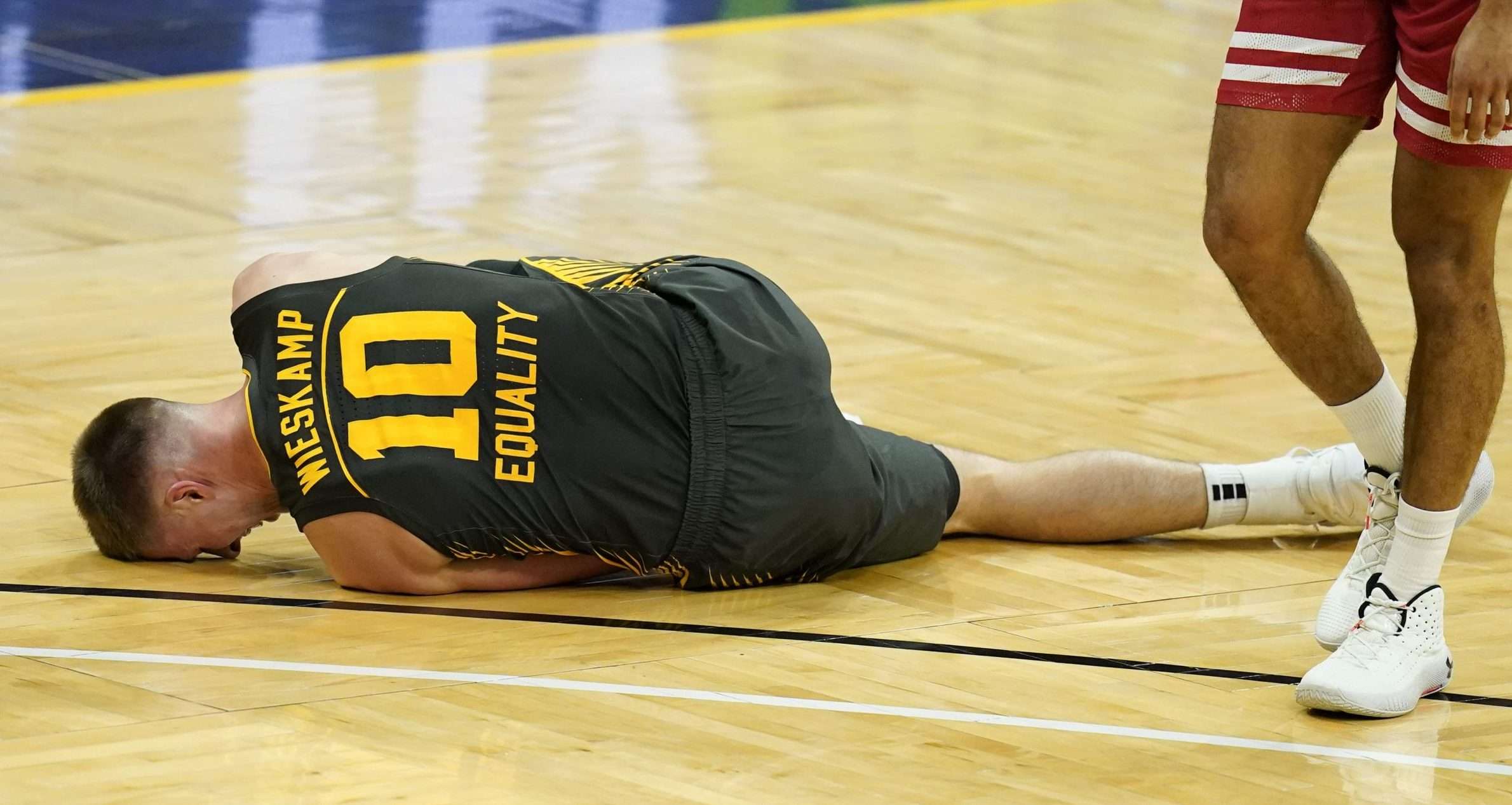 Iowa is hoping Joe Wieskamp can return from an injury sustained Sunday in a win over Wisconsin.

Fans of Iowa and Michigan have to be concerned after seeing key players go down with injuries on Sunday.

Iowa junior guard Joe Wieskamp went down with a lower-leg injury in Saturday’s home win over Wisconsin. He did not return and was seen in a walking boot upon returning to the bench.

Iowa head coach Fran McCaffrey dubbed his status as ‘day to day,’ while other players and media members sounded optimistic that he’d be okay. Forget whether or not he can play in Friday’s Big Ten Tournament quarterfinals.

The real issue is whether Iowa, which will probably be no worse than a No. 2 seed and is a legit Final Four contender, will have Wieskamp for the NCAA Tournament in 10-11 days.

Wieskamp is averaging 15.0 points, 6.6 rebounds, 1.5 assists and 1.0 steals per game. He’s a prolific shooter that has knocked down 50.9 percent of his field-goal attempts and 48.9 percent of his launches from 3-point territory.

Both Michigan and Iowa will play to-be-determined opponents Friday at the Big Ten Tournament.