Hawks will be without Hunter for 7-10 weeks 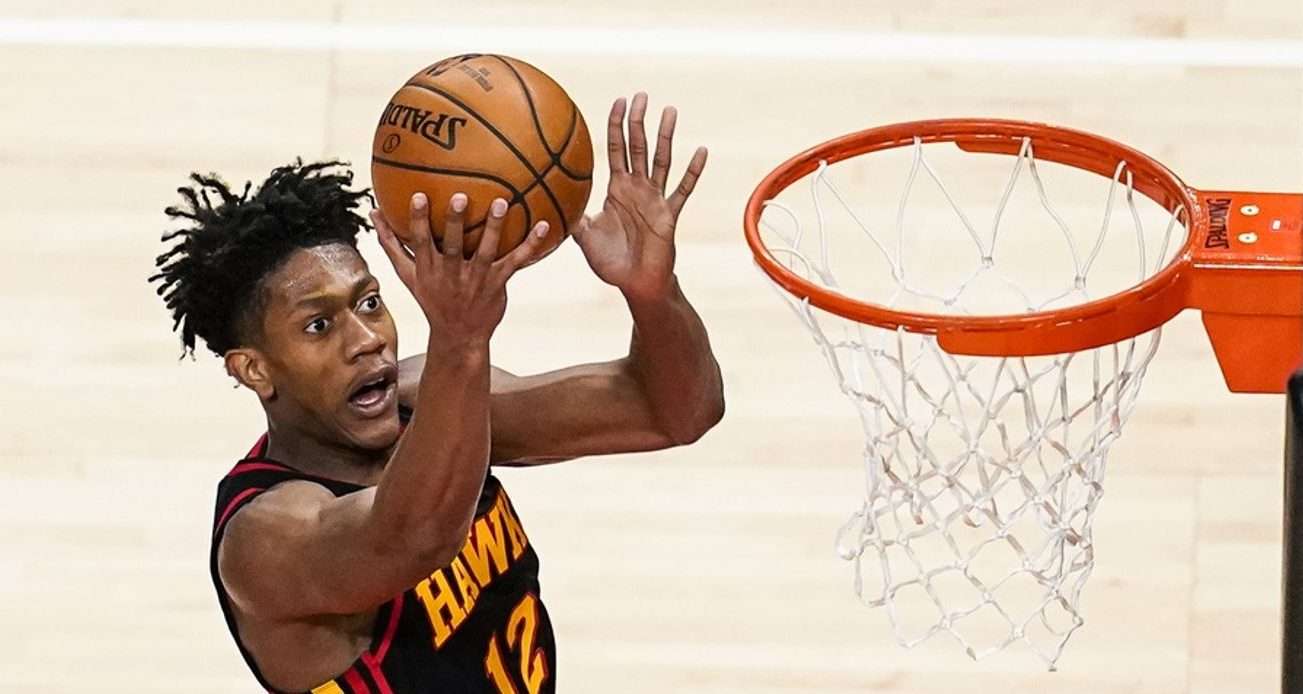 The Atlanta Hawks will have to make do without its starting small forward until early April.

The Atlanta Hawks have missed the playoffs in three consecutive seasons. However, General Manager Travis Schlenk was aiming for this year to put talented players around franchise centerpiece Trae Young and hopefully get back to the postseason.

Schlenk has built through the draft over the last several years with Young, John Collins, De’Andre Hunter, Kevin Huerter, Cam Reddish and Fernando Bruno. This past offseason, he added veteran pieces like Danilo Gallinari, Rajon Rondo, Bogdan Bogdanovic, Kris Dunn, Solomon Hill and Tony Snell to go with Clint Capela, who was acquired at the trade deadline last season but was unable to play until the start of this year due to an injury.

Another lottery pick, center Okongwu Onyeka out of USC, was picked in the 2020 draft. Unfortunately, Dunn (ankle surgery) hasn’t played yet this year, Onyeka missed the first month of the season, Bogdanovic has been limited to nine games due to an injury, Snell missed the first 11 games, Gallinari missed 12 games and Rondo has missed nine contests.

In fact, only Huerter, Collins and Hill have played in all 23 games.

But just as the club appeared to be getting near full strength 12 days ago, Hunter was forced to leave a 116-100 road win over Washington after playing only 12 minutes. The next day after undergoing an MRI, the national-title winner at Virginia had his injury described as “articular wear and tear in his right knee that required a non-surgical procedure.”

Hunter was declared out for a week before he would be re-evaluated. But on the morning of Feb. 9, the Hawks announced that Hunter had knee surgery on Monday morning and will miss 7-10 weeks.

This is a killer for the Hawks, who took some criticism for taking Hunter so high in the lottery, but he was enjoying a breakout second season through 18 games.

Hunter, mostly known as an elite and versatile defender from his college days with the Cavaliers, had made enormous strides offensively from his rookie campaign to his second season.

Without Hunter, Atlanta lost its first three games both straight up and against the spread. The Hawks snapped out of that slide Saturday night with a 132-121 home win over Toronto.

Lloyd Pierce’s team plays at Dallas tonight as a four-point underdog. Atlanta goes into this game with an 11-12 SU record and a 12-11 ATS mark. That has the Hawks in second place in the Eastern Conference’s Southeast Division, one game back of the loop-leading Charlotte Hornets.

Atlanta is currently in seventh place in the East standings, one-half game ahead of Toronto for the eighth and final postseason spot. The Hawks are one game behind the sixth-place Hornets, 1.5 games back of Indiana for fifth and two games behind Boston for fourth.

There’s hope that Bogdanovic will return in early March, and Dunn is expected to make his season debut later this month. However, with Hunter not expected back until early April, the Hawks can’t afford anymore injuries.

Pierce’s job probably depends on whether or not Atlanta qualifies for the playoffs, and that task has become increasingly difficult sans Hunter.

Although Miami is currently 10th in the East 2.5 games behind the Hawks and 3.5 games back of Charlotte, DraftKings still has the Heat as a -139 favorite to win the Southeast Division. The Hawks have +200 odds, followed by the Hornets (+800) and the Magic (10/1).

DraftKings has Atlanta with 60/1 odds to win the East and 150/1 odds to the NBA Finals.