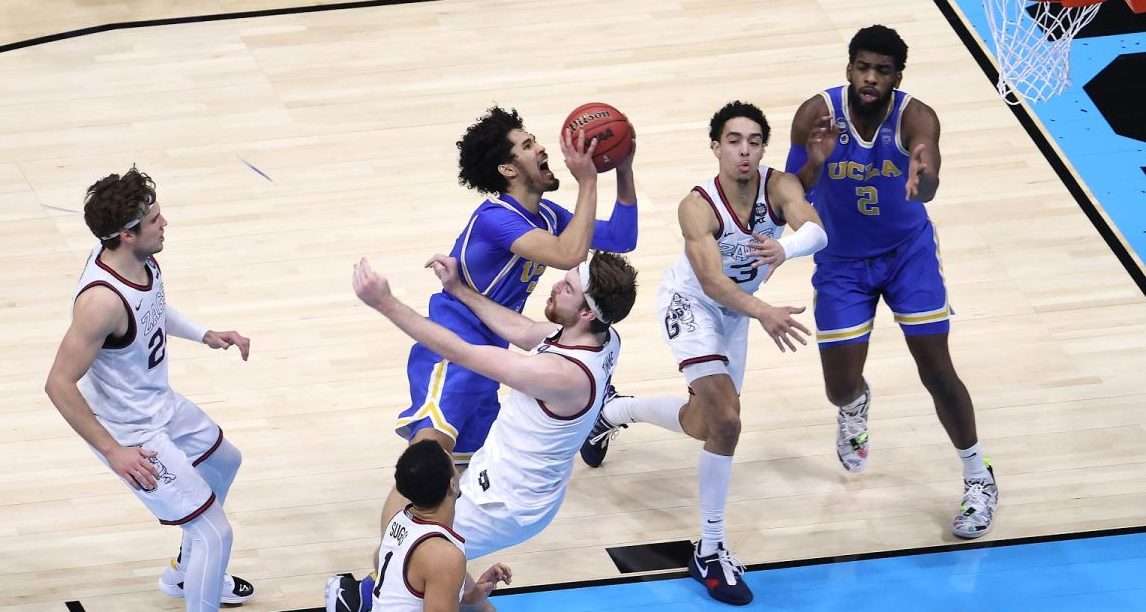 Gonzaga's OT win over UCLA helped many books avoid paying out lots of money to gamblers who backed the Bruins on the money line at +700 or better.

When UCLA’s Johnny Juzang followed up his own miss with a tying putback bucket with 3.3 seconds remaining in overtime Saturday night at Lucas Oil Stadium, it appeared as if we were heading to a second extra session in Indianapolis.

Gonzaga’s Jalen Suggs had other plans, though.

The true freshman point guard banked home a 40-footer at the buzzer to lift undefeated Gonzaga to a 93-90 overtime win as a 14.5-point favorite. Suggs’s game winner capped an Instant Classic and kept the Bulldogs undefeated going into tonight’s finals against Baylor as 4.5-point favorites.

Although CBS analyst Bill Raftery’s line gets cut off in the clip above, he described Suggs’s heroics like this: “There are onions, Jim [Nantz], and there are major onions…with a kiss!”

There were audacious gamblers that had the nerve to back the Bulldogs on the money line as enormous favorites. Suggs got those bettors a win, but they probably endured 2.5 hours of utter misery.

Folks, these cats were extremely fortunate. I don’t recommend eating ‘chalk’ like that.

William Hill was glad to pay that bettor $70,000 because the sportsbook was looking at a big loss on a slew of UCLA +700 money-line wagers.

William Hill sportsbook director Nick Boganovich told the Las Vegas Review-Journal’s Todd Dewey, “We would’ve lost seven figures if UCLA had won outright. They were taking 7-1 on the money line like it was going out of style.”

As of early this afternoon, most shops had Gonzaga installed as a 4.5-point favorite for tonight’s 9:20 p.m. Eastern tip vs. Baylor in the 2021 NCAA Tournament finals. The total was 159 or 159.5 points, while the Bears were +170 on the money line at most spots.