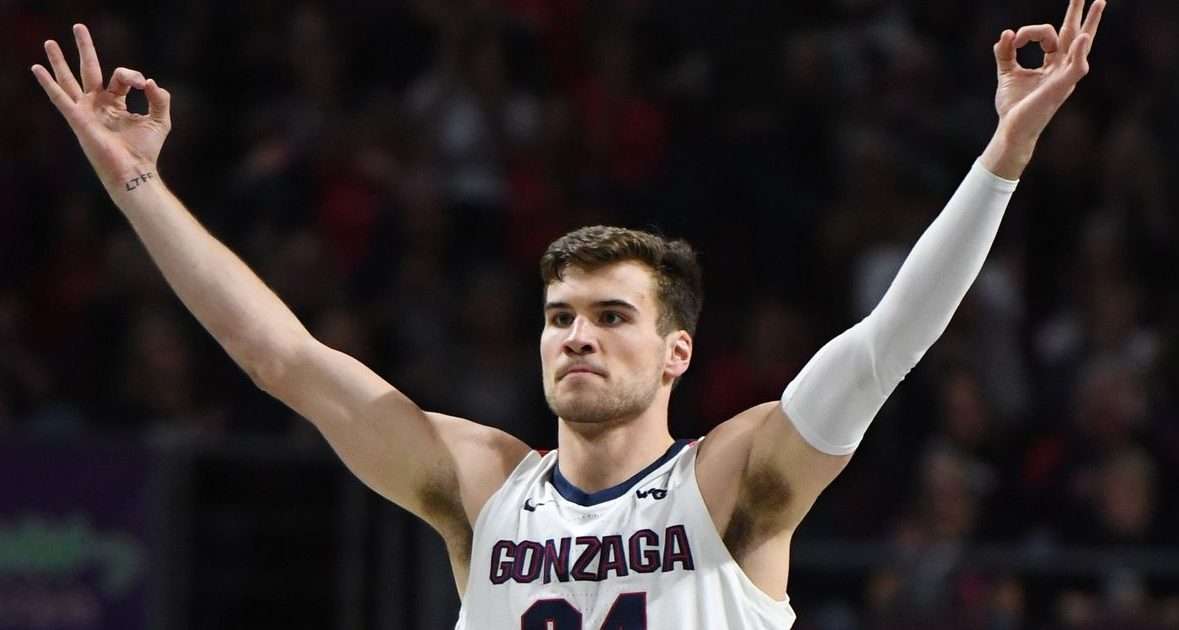 Corey Kispert has 12/1 odds at Bovada to win Naismith Player of the Year honors.

The college football season is over, which means many fans are starting to dive into college basketball.

This season’s favorite has not changed since the pre-season, but the market has certainly adjusted its opinion. No. 1 Gonzaga opened as an 11/1 ‘chalk’ at Circa Sports to win this year’s title.

The Bulldogs shredded a non-conference slate that included wins over Kansas, West Virginia, Iowa and Virginia. They have no competition in the West Coast Conference—their most recent game was a 95-49 win over Pacific.

Circa has moved Gonzaga all the way down to +275. The Vegas-based book allows bettors to bet the field against individual teams too, so it is not much of an inflated price.

Gonzaga has three of the top six favorites to win the Naismith Player of the Year award. Bovada lists Corey Kispert at 12/1, while Jalen Suggs and Drew Timme are both 35/1.

Junior guard Jared Butler is averaging 17.1 points and 5.4 assists per game. He has the second-shortest odds to win the Naismith award at +425. Baylor was originally scheduled to face Gonzaga in December before the game was postponed due to COVID-19 issues. It’s unlikely the game is played at this point, but the teams could very well meet in April.

The biggest surprise of the college basketball season has been Michigan. The Wolverines opened with 60/1 title odds, but they now have the third-shortest price at 9/1. They have only lost one game all season—a 75-58 setback at Minnesota.

Michigan’s next three games have been postponed due to positive COVID-19 tests within its program. Villanova is also priced at 9/1 after opening the season at 16/1. The Wildcats are 10-1 and are a perennial threat in March.

Iowa has the fifth-shortest odds at 13/1. The Hawkeyes opened at 32/1 and are led by big man Luka Garza. He is a near lock to win the Naismith with a current price tag of -1000. Garza is averaging 26.9 points and 8.9 rebounds per game, knocking down 61.0 percent of his shots.