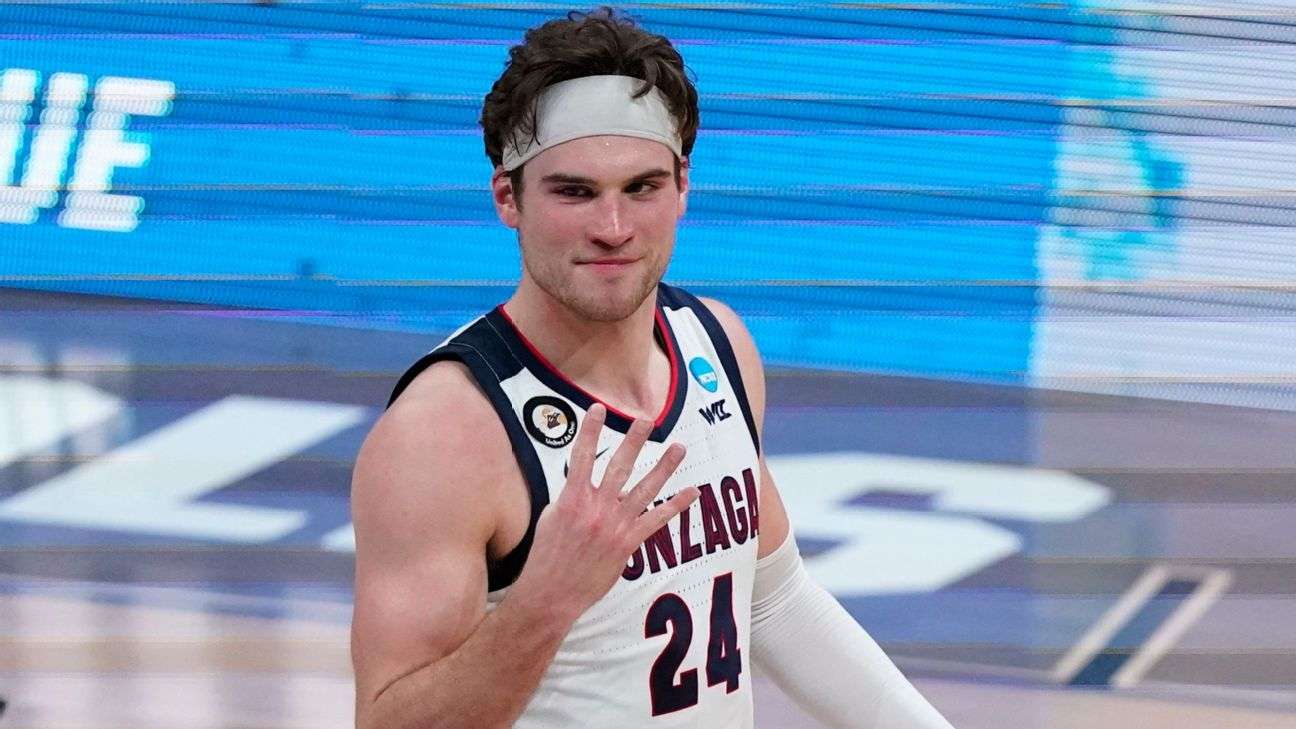 Gonzaga has won 28 consecutive games in a row by double-digit margins.

Top-seeded Gonzaga entered the Sweet 16 as a +120 ‘chalk’ to win the NCAA Tournament.

The Bulldogs coasted past No. 5 Creighton and No. 6 USC in a pair of blowouts to advance to the Final Four, where they are now heavy -250 favorites to cut down the nets. They opened as 13.5-point favorites over UCLA at BetOnline, but the early action has already pushed the line to -14.

BetOnline is offering “Gonzaga to win by double digits” at -250, while bettors can take UCLA to keep the game inside of 10 points at +170. There have only been three other Final Four and/or national championship matchups that have closed with double-digit spreads, with the most recent coming when North Carolina was -10 against Syracuse in 2016.

Mark Few’s team has won 28 games in a row by double-digit margins.

Double-digit underdogs have gone 8-6 against the spread so far in this year’s NCAA Tournament. The largest Final Four spread ever was when Kentucky closed -14 against Syracuse in the 1996 title game.

DraftKings and BetOnline each updated their Most Outstanding Player award markets on Wednesday morning. Gonzaga has a pair of players at the top of the market in Drew Timme and Corey Kispert.

There is some disagreement between the books, though. Timme is a +175 ‘chalk’ at BetOnline, while Kispert and Timme are both +350 at DraftKings. Bettors can snag Kispert at +650 odds at BetOnline.

DraftKings has Baylor’s Jared Butler and MaCio Teague at +400. Teague is +550 at BetOnline, while Butler is +850. Timme is averaging 21.3 points per game in the NCAA Tournament and is projected to have a sizeable advantage in the paint against UCLA on Saturday.

BetOnline has set Timme’s point total at 19.5 for that game. He is also a +300 ‘chalk’ to score the most points of any player in the Final Four. UCLA’s Johnny Juzang follows at +350, while Houston’s Quentin Grimes is +400.

Baylor has the second-shortest odds to win the tournament at +260. Houston, which is a 5-point underdog to the Bears in the other Final Four matchup, is listed at +650 to cut down the nets. UCLA is a 20/1 longshot to have its Cinderella run end with a championship.

The Bruins are the only team left in the field that has won a national title, winning their last one against Arkansas in 1995.

The Bears and Cougars will open Saturday night’s action with a 5:14 p.m. ET start at Lucas Oil Stadium. Gonzaga and UCLA are projected to tip off at 8:34.