Gators will be without 5 WRs at FSU; Star LB Miller out 1H 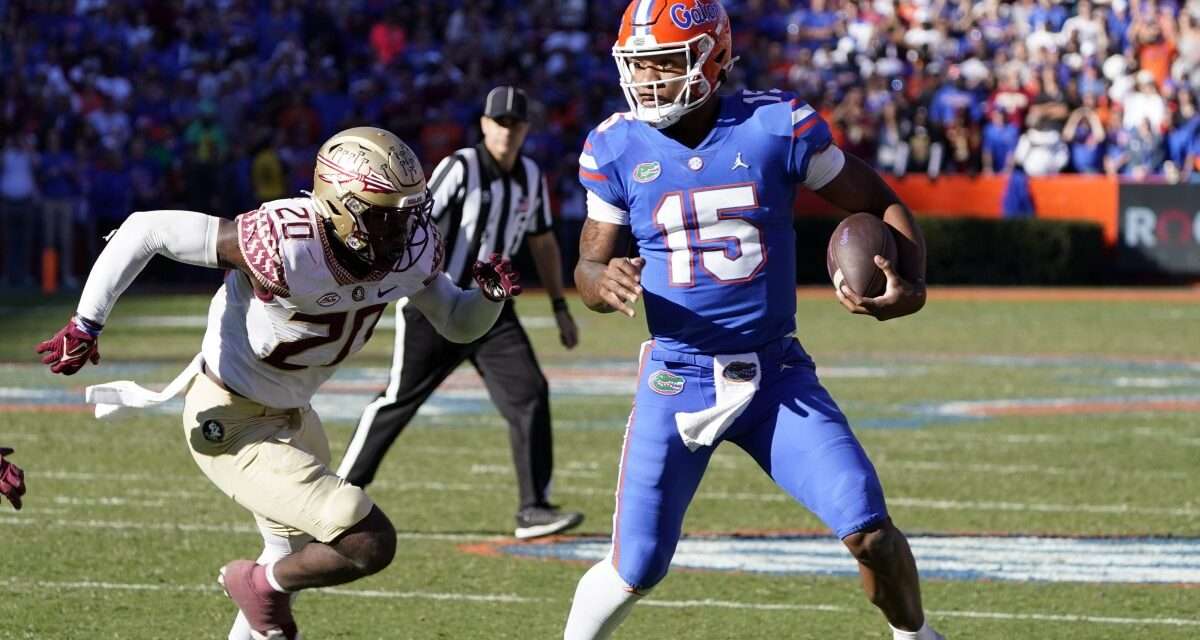 Florida is 4-0 ATS with two outright wins in four games as an underdog this season.

Florida (6-5 straight up, 6-5 against the spread) will be without five wide receivers for tonight’s rivalry game at Florida State. To make matters worse, UF won’t have team captain and defensive leader Ventrell Miller in the first half.

The sixth-year senior linebacker can’t play until the third quarter after getting ejected from last week’s loss at Vanderbilt in the second half. Miller has played in 10 games this year, recording 73 tackles, eight tackles for loss, seven QB hurries, two forced fumbles, one fumble recovery and one pass broken up.

Starting tight end Keon Zipperer is ‘questionable’ and might miss his fourth games in a row. Zipperer had 13 catches for 177 yards and one touchdown in eight games.

WR Justin Shorter missed two games with a hamstring injury, but he returned in Nashville last week to contribute eight catches for 106 yards. Shorter has already been ruled ‘out’ for tonight,’ though. He has 29 receptions for 577 yards in nine games.

Xzavier Henderson will miss his second straight game with a lower-body injury. Henderson has 38 catches for 410 yards and two TDs in 10 games.

Ricky Pearsall, who was in concussion protocol earlier this week after leaving the Vandy game after taking a hit on a 27-yard catch, has been upgraded to ‘probable.’ In his first season at Florida after transferring from Arizona St., Pearsall has 24 receptions for 448 yards and three TDs. He also has 114 rushing yards and one TD on six attempts.

Ja’Quavion Fraziars, who started in place of Shorter in a 41-24 win at Texas A&M, is still recovering from the shoulder injury he sustained on a TD catch in College Station. Fraziars has four catches for 50 yards and one TD in nine games. WR Marcus Burke is also ‘out’ after starting for Henderson in Nashville. Burke has four receptions for 30 yards.

FSU has won four straight games both SU and ATS, including wins by margins of 32, 35, 42 and 25 points. QB Jordan Travis has an 11/1 touchdown-to-interception ratio during the Seminoles’ four-game winning streak. For the season, Travis has completed 65.5 percent of his passes for 2,526 yards with a 21/4 touchdown-to-interception ratio. He also has 284 rushing yards, five TDs and a 4.7 yards-per-carry average.

FSU hasn’t tasted victory over UF since 2017, with the Gators winning the last three meetings while going 2-0-1 ATS.

In 21 career games as an underdog, Napier’s teams have compiled a 16-4-1 spread record with 10 outright wins. The Gators are 4-0 ATS with a pair of outright victories (vs. Utah and at Texas A&M) in four underdog roles this season.

Kickoff on ABC is scheduled for 7:30 p.m. Eastern. 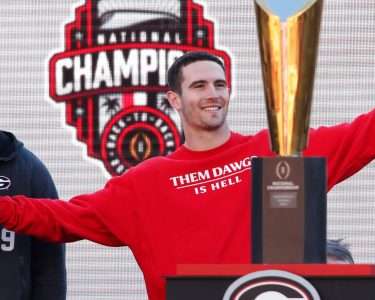 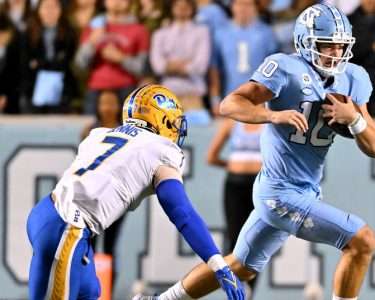