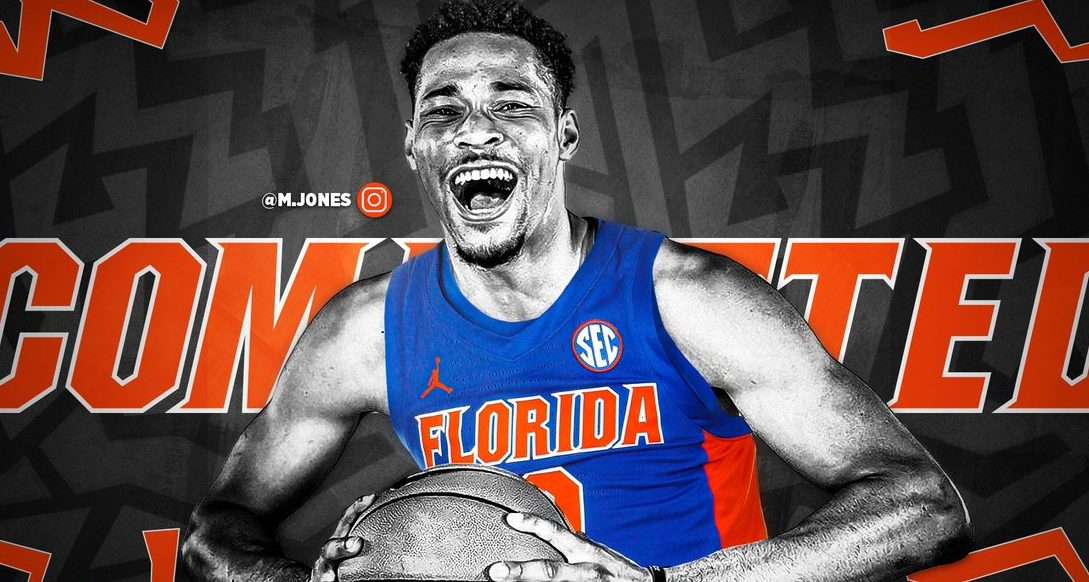 After massive departures, Mike White has re-tooled his roster with three transfers, including Myreon Jones, who led Penn St. in scoring this past year.

Ex-Penn State guard Myreon Jones is transferring to the University of Florida, according to an announcement he made on his Twitter page Wednesday afternoon.

Jones reportedly chose UF over offers from other SEC programs like Ole Miss, LSU and Arkansas.

The first of the trio to commit to White was McKissic, who was the Summit League’s Defensive Player of the Year this past season. The Summit League, you ask? Indeed, Oral Roberts finished fourth in the Summit’s regular-season standings.

Since Florida allowed a double-digit lead to get away in the last 10 minutes of its Round-of-32 loss to Oral Roberts, the program has dealt with mass defections. First, Tre Mann declared for the NBA Draft, which wasn’t a surprise as he’s projected as a first-round pick after enjoying a breakout campaign.

Quez Glover’s decision to enter the transfer portal wasn’t a surprise, either. However, Noah Locke‘s entry into the portal was a stunner.

Locke had been a three-year starter and one of the most accurate 3-point shooters in school history. He reportedly wanted assurances from the coaching staff that he could play some point guard as a senior next season, and then elected to transfer when no such promises were made.

Osayi Osifo and Omar Payne entered the portal next. Osifo has landed at Jacksonville University, which recently hired UF assistant Jordan Mincy as its next head coach. Payne has transferred to Illinois.

Like Mann, Scottie Lewis decided to sign with an agent and enter the NBA Draft. Lewis had a pair of disappointing seasons after coming to Gainesville with expectations galore as a five-star recruit with off-the-charts athleticism.

Like Locke’s decision to leave, the only other major surprise was center Colin Castelton, a second-team All-SEC selection who was a surprising force after transferring from Michigan. Castleton declared early for the NBA Draft, but he isn’t signing with an agent so he might return to the Gators.

The trio of transfers with join Tyree Appleby, Anthony Duruji, Jason Jitoboh, Niels Lane, Samson Ruzhentsev and incoming freshman Kowacie Reeves, who is a high four-star recruit out of Macon, GA. Even if Castleton chooses to return, there are still multiple roster spots to fill. Therefore, you can expect White and his staff to remain active in the portal.

Gurley averaged 15.4 points and 5.8 RPG for the Paladins this past year.

FanDuel has Florida with 40/1 odds to win the 2022 NCAA Tournament.