Arik Gilbert had 35 receptions for 368 yards and two TDs in eight games as true freshman at LSU.

The former five-star recruit out of Marietta High School (where former Gator, the late James ‘Friday’ Richards, led the MHS football program for 16 years in Cobb County about 20 miles North of Atlanta) is moving from Baton Rouge to Gainesville to join Dan Mullen’s Florida program.

In eight games as a true freshman, Gilbert had 35 catches for 368 yards and two touchdowns for the Tigers. When starting QB Myles Brennan was healthy in LSU’s first three games, Gilbert had 14 receptions for 177 yards and two TDs.

According to the 247Sports Composite, Gilbert was the nation’s No. 5 overall player in the 2020 recruiting class.

After showcasing the tight end position this past season with Mackey Award winner Kyle Pitts, who left school early and is going to be an early first-round pick in the 2021 NFL Draft, Florida had an edge for Gilbert’s services that other schools couldn’t match.

Pitts finished 10th in voting for the Heisman Trophy after catching 43 balls for 770 yards and 12 TDs in eight games. In the three regular-season games Pitts missed, Mullen’s offense still got major production out of the TE position.

After Pitts left a 44-28 win over Georgia due to a concussion sustained in the first half, UF backup TE Kemore Gamble had three catches for 51 yards and a TD. Two weeks later in a 38-17 win at Vanderbilt, Gamble had three receptions for 66 yards and two TDs.

One week after the win over UGA, backup TE Keon Zipperer hauled in three catches for 47 yards and two TDs in a 63-35 home win over Arkansas.

Gilbert isn’t the only former five-star recruit joining the Gators in 2021. Demarkcus Bowman, a running back who left Clemson in early October of his true freshman campaign, is poised to join a loaded Florida backfield. 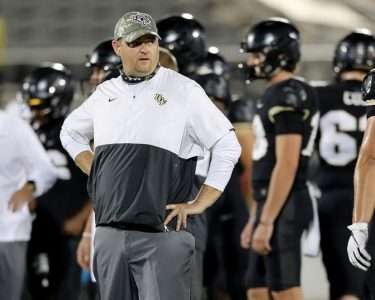