Most books have UNC listed as a four-point underdog for tonight's showdown vs. Duke.

Although the 2022 NCAA Tournament had one of the greatest Cinderella stories ever (Saint Peter’s), it turns out that three bluebloods and perhaps the nation’s best program over the last 10-15 years (Villanova) are the teams left standing for the Final Four.

Not only that, but we’ve got a semifinal matchup for the ages. It’s Duke vs. North Carolina, which is one of the greatest and most bitter rivalries in all of sports.

These mortal enemies have never squared off in the NCAA Tournament, making Saturday’s showdown ‘The Big One.’ It reminds me of when Florida and FSU had to run it back in New Orleans in football on Jan. 2 of 1997 to determine the national champion. (The Gators won 52-20 to win the natty. I remember…because I was there!)

Then there’s the Mike Krzyzewski angle. He’s in the conversation with John Wooden as college basketball’s all-time greatest coach, and this is the 74-year-old’s last season on the sidelines.

If that’s not enough to whet the appetite, we can toss in the controversy of what went down at Cameron Indoor Stadium less than a month ago. In Coach K’s final game on his homecourt, North Carolina rolled into Durham and dealt out a complete shellacking.

Reports in the following days indicated that the Duke staff was angry that UNC didn’t honor Coach K in any sort of way when the Tar Heels hosted the Blue Devils in Chapel Hill earlier in the season.

Huh?! So instead of waging Part I of the annual home-and-home rivalry in February, Duke’s assistants felt it would’ve been more appropriate for UNC to hold some sort of love festival and ceremony for Krzyzewski before his final game at the Dean Dome.

Get the hell out of here!

Before the most anticipated national semifinal since Duke and UNLV met in 1991, one year after the Runnin’ Rebels smoked the Blue Devils by 30 points in the finals in Denver, we’ll see Villanova and Kansas collide in the first game at Caesars Superdome in the Big Easy.

KU has also seen back-to-back ‘under’s that had combined scores of 126 and 127 points. The Jayhawks held Miami to 15 points in the second half of last Sunday’s 76-50 win despite trailing 35-29 at halftime.

Jay Wright’s team arrives in the Crescent City on a nine-game winning streak. Villanova has won 14 of its 15 games since Feb. 5, with the lone defeat coming by two points at UConn.

However, the Wildcats will be without guard Justin Moore, who injured his Achilles in last week’s Elite Eight win over Houston. Moore averages 15.3 points, 5.2 rebounds, 2.2 assists and 1.1 steals per game.

When these teams met in Durham on March 5, UNC trounced the Blue Devils 94-81 as an 11-point road underdog. The 175 combined points catapulted ‘over’ the 153-point total. Armando Bacot led the way with 23 points, seven rebounds, two steals and a pair of blocked shots. He made 10-of-11 field-goal attempts.

UNC has a 15/5 assist-to-turnover ratio and won the rebounding battle by a 34-31 margin.

Freshman forward AJ Griffin was the catalyst with 27 points on 11-of-17 shooting from the field. Banchero added 13 points and 10 rebounds. Manek had a team-best 21 points and six rebounds for the Tar Heels.

–North Carolina has won two national titles in New Orleans. When Michael Jordan hit his game-winning bucket against Georgetown in the 1982 finals, it happened at the Superdome. Likewise, when UNC bested Michigan (the Chris Webber timeout game) in 1993, it was at the Superdome.

–Kansas has plenty of Final Four memories in New Orleans as well, but they have been of the heartbreaking variety. The Jayhawks defeated Ohio St. in the 2012 national semifinals, but they came up short against Anthony Davis and Kentucky in the finals. Also, when freshmen stars Carmelo Anthony and Gerry McNamara led Syracuse to the 2003 national title, the Jayhawks were the runners-up with that terrific group of seniors in Nick Collison, Kirk Hinrich and Drew Gooden. Roy Williams opted to leave KU for UNC the following week.

–In the 2016 Elite Eight, Villanova defeated Kansas on its way to the finals, where the Wildcats beat UNC to win the national title on Kris Jenkins’s buzzer-beating shot. Then in 2018, the Wildcats raced out to a 22-4 lead over KU in the Final Four on their way to a 95-79 victory over the Jayhawks. They cut the nets down again that season by beating Michigan in the finals.

–Allan Bell and I talked all things Final Four this morning on the AtoZ Sports Picks Show. Check it out if you wish:

–I was at the Georgia Dome in Atlanta 15 years ago today for this: 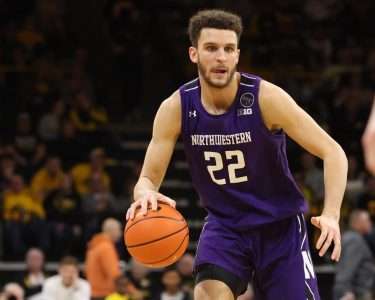 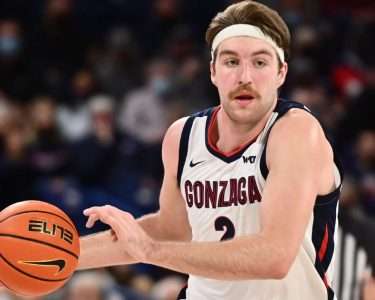