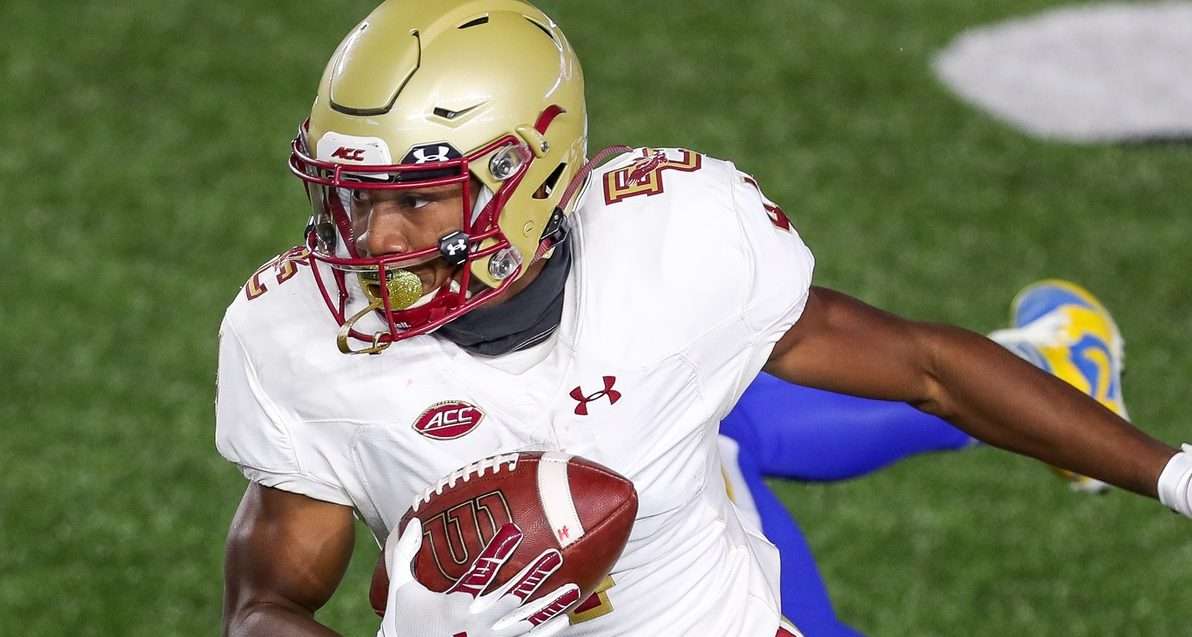 Boston College (4-2 straight up, 4-2 against the spread) provided us with an easy winner by blasting Ga. Tech from start to finish in a 48-27 win as a 3.5-point home favorite last weekend. The Eagles raced out to a 31-7 lead, led 34-14 at intermission and took a 48-21 advantage late in the third quarter.

QB Phil Jurkovec threw for 145 yards and two TDs without an interception. He added 94 rushing yards on seven carries.

For the season, Jurkovec has completed 62.5 percent of his throws for 1,671 yards with a 12/4 TD-INT ratio. The former four-star recruit, who transferred to Chestnut Hill from Notre Dame, also has three rushing TDs.

BC is 3-1 ATS with two outright wins in four underdog spots this year. The Eagles are 19-6-1 ATS with 12 outright victories in their past 26 games as underdogs.

Jurkovec has a pair of elite weapons in WR Zay Flowers and TE Hunter Long, who was a second-team All-ACC pick in 2019 when he had a team-best 509 receiving yards.

Flowers has 29 receptions for 473 yards and four TDs, in addition to one rushing TD. Long has 38 catches for 455 yards and three TDs.

Don’t be surprised if the Eagles get pressure on Heisman Trophy favorite Trevor Lawrence. They are eighth in the country in sacks with 17. Furthermore, BC is ninth in the nation in takeaways with 11.

Clemson is going to be without at least one of its best players on defense. Senior MLB James Skalski, who had 105 tackles, 10 QB hurries, 4.5 sacks, four passes broken up and three tackles for loss in 2019, had surgery earlier this week and is going to miss a few games. Dabo Swinney called Skalski the “heart and soul of our defense.”

Also, sophomore DT Tyler Davis, a first-team All-ACC selection in 2019, is injured and in danger of missing a second straight game. Two other starters on Clemson’s defense, LB Mike Jones and CB Derion Kendrick, haven’t practiced yet this week — as of Wednesday — and could be game-time decisions Saturday for this noon Eastern kickoff.

William Qualkinbush, co-host of the Out of Bounds Show on 105.5 The Roar in Clemson, told me earlier today that Kendrick is most likely to play compared to Jones and Davis.

I made Clemson a 25-point favorite (before knowing Skalski was ‘out’ and the Clemson defense could also without other key pieces). This number is entirely is too high. Let’s bet BC with confidence here.

I also made a video explaining my thoughts on this game on MajorWager’s YouTube channel. If you like what you hear, please subscribe, rate and all that good stuff.