Edwards likes the Gators to end three-year slide vs. UGA as short underdogs 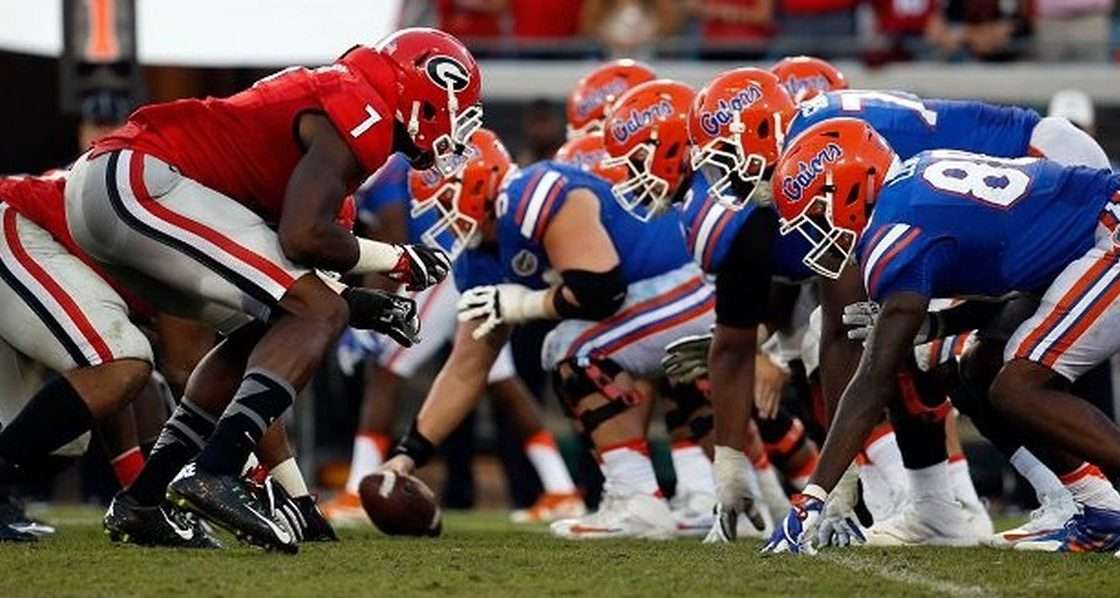 Most spots had UGA listed as a three or 3.5-point favorite vs. Florida on Wednesday morning.

Florida is 4-1-2 against the spread with four outright wins in seven games as an underdog during Dan Mullen’s tenure. The Gators have lost three games in a row against Georgia, but the Bulldogs haven’t beaten UF in four straight head-to-head meetings since the 1980s.

For the first time in many years, Florida has the better QB. Senior QB Kyle Trask has been nothing short of sensational all season, completing 95-of-139 throws (68.3%) for 1,341 yards with a stellar 18/2 TD-INT ratio. He has weapons galore at this disposal, including the toughest matchup in the country in TE Kyle Pitts, who has 22 catches for 355 yards and seven TDs through four games.

There’s also senior WR Kadarius Toney, who has 22 receptions for 297 yards and six TDs. Toney has 83 rushing yards on eight attempts and one TD, and he’s eighth in the SEC in all-purpose yards with 120.0 YPG.

Florida is three-deep in the backfield and also has depth galore at the WR position, including playmakers like Trevon Grimes and Jacob Copeland.

UF’s defense had been struggling all season but even without three starters in the secondary and multiple reserves who were out with COVID-19, UF allowed only three points to Missouri until giving up a late TD run with less than four minutes remaining. Mizzou had scored seven on a pick-six in the first half of its 41-17 loss at UF.

Florida revealed Tuesday that it has no new COVID positive results this past week for the first time since September. The players who missed the Mizzou game tested positive two Saturdays ago, so they’re presumed to be ready to play on Saturday. Since reporting to campus in July, 68 UF football players have tested positive, so it seems as if the team is past the virus.

We should also note that UF’s run defense, which had mostly been bullied around in the Gators’ first three games, got a big lift from the return of senior starting DT Kyree Campbell. He had missed the team’s first three games for undisclosed reasons. With Campbell clogging up the middle, Florida held the Tigers to 40 rushing yards on 23 attempts. Missouri senior RB Larry Rountree, a third-team All-SEC selection in 2019, was shut down at The Swamp.

Georgia QB Stetson Bennett has thrown five interceptions in the last two games. UGA will be without its defensive leader in Richard LeCounte, a first-team All-SEC selection in 2019 who was injured in an auto accident last Saturday night.

Also, UGA’s best WR in 2019, George Pickens, is listed as ‘questionable’ after not making the trip to Lexington for last week’s non-covering 14-3 win at Kentucky as a 17-point road favorite. Although Kirby Smart implied that starting junior NT Jordan Davis might be able to play with a brace on the fractured elbow he sustained at UK last week, the guess here is that won’t happen or Davis will be extremely limited. Davis was a preseason third-team All-SEC pick in Phil Steele’s magazine, while LeCounte was a preseason second-team All-American.

Julian Rochester, a starting DT, was lost for the season at UK to a torn ACL. Finally starting sophomore safety Lewis Cine also went down in Lexington with a sprained ankle. He is listed as ‘questionable,’ although Smart said Tuesday that he thought he’d be fine. Smart said he’s ‘hopeful’ Pickens can play.

I got the Gators at +5 on Sunday night, but you’re all good at +3.5 because UF is going to win outright, perhaps convincingly. If you can get a +140 money-line payout, get you a small taste of that as well.