Edwards likes the Bengals +5.5 at Buffalo 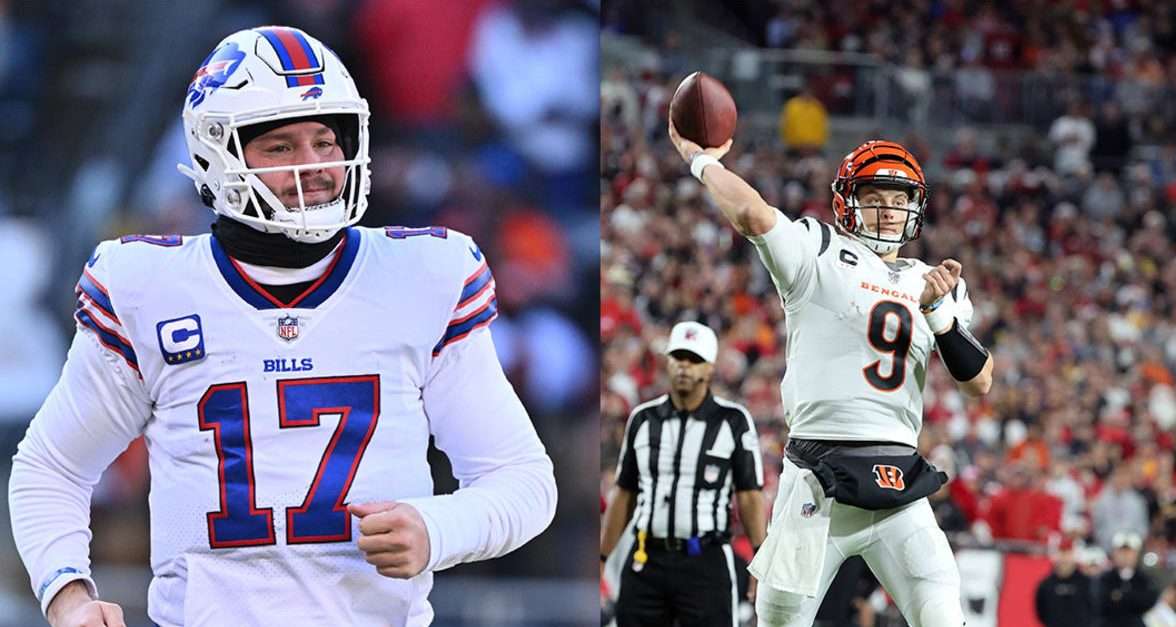 Buffalo has played six games this season against teams that made the playoffs, failing to win by more than four points in all six of those contests.

UPDATE on Friday at 10:00 a.m. Eastern on 1/20/23: Since late Wednesday at some spots or Thursday at the latest, all books had adjusted Buffalo to a 5.5-point favorite.

As of Tuesday morning, Cincinnati (13-4 straight up, 12-4-1 against the spread) was listed as a five-point underdog at most books for Sunday’s game at Buffalo. The Bengals have won nine games in a row while going 7-1-1 ATS and, if you took them at -6.5 like I did last Monday, they’d be 8-0-1 ATS in their last nine contests.

Zac Taylor’s team is an underdog for only the third time this year. Cincinnati has produced a 2-0 ATS record with one outright win in the two previous ‘dog spots.

The Bengals are 5-2 in seven games against foes who made the playoffs, with the only two defeats coming by five combined points at Dallas (20-17) and at Baltimore (21-19). Regardless of the opponent or location, they’ve produced a 13-2 SU record and 12-2-1 ATS mark since Week 3.

Buffalo (14-3 straight up, 8-8-1 against the spread) has won four of its six games this season against teams that made the playoffs. However, all four of those wins have come by margins of four points or fewer.

The Bills beat Miami by three in each of their two home games against the Dolphins, who knocked off Buffalo when they played in South Florida in September. The Bills lost at home to Minnesota in overtime and won 24-20 at Kansas City. The fourth win over a team that made the postseason came in a 23-20 victory at Baltimore.

Buffalo has posted an abysmal 1-5 spread record in its last six home games, and it needed two kickoff returns for TDs to secure the lone ATS cover vs. New England in the regular-season finale. If Miami star WR Jaylen Waddle doesn’t have the worst game of his career with drops galore at Buffalo this past Sunday, the Bills are on vacation and the Dolphins are still in the playoffs.

Cincinnati is 6-3 SU and 7-2 ATS in nine road assignments this season. Buffalo has won seven of its eight home games, but it has limped to a 3-5 spread record.

Even though Miami was starting a rookie QB in third-stringer Skylar Thompson and was without its top running back, the Dolphins rallied from a 17-0 deficit and held a 24-20 lead with less than six minutes remaining in the third quarter Sunday in Orchard Park.

When Buffalo responded with a 14-0 run to take a 34-24 lead, Miami went 75 yards in 11 plays for a TD that cut the Bills’ lead to 34-31. Then in the fourth quarter down by three, the Dolphins had two different possessions to try and go get the lead back. Both failed, but the ‘Fins easily covered the number as 14-point road underdogs.

Buffalo QB Josh Allen was intercepted twice and coughed up a fumble that was returned for a TD vs. Miami. On the flip side, Cincinnati QB Joe Burrow improved his record to 4-1 both SU and ATS in five career postseason games.

Burrow and the Bengals went 3-0 ATS with two outright wins in their three games as underdogs in last year’s postseason. Since Week 2 of this season, Burrow has a 34/8 touchdown-to-interception ratio.

Although we’re still awaiting official word on Cincinnati offensive lineman Jonah Williams, who reportedly dislocated his kneecap in Sunday’s win vs. Baltimore, it seems highly unlikely that pending MRI results will provide any news that would allow him to play at Buffalo.

Therefore, the Bengals are most likely going to be without three starters on the offensive line on Sunday. Yes, that’s obviously a big concern, but it’s not enough to prevent me from backing the Bengals to cover as underdogs. In fact, I still think they win outright.