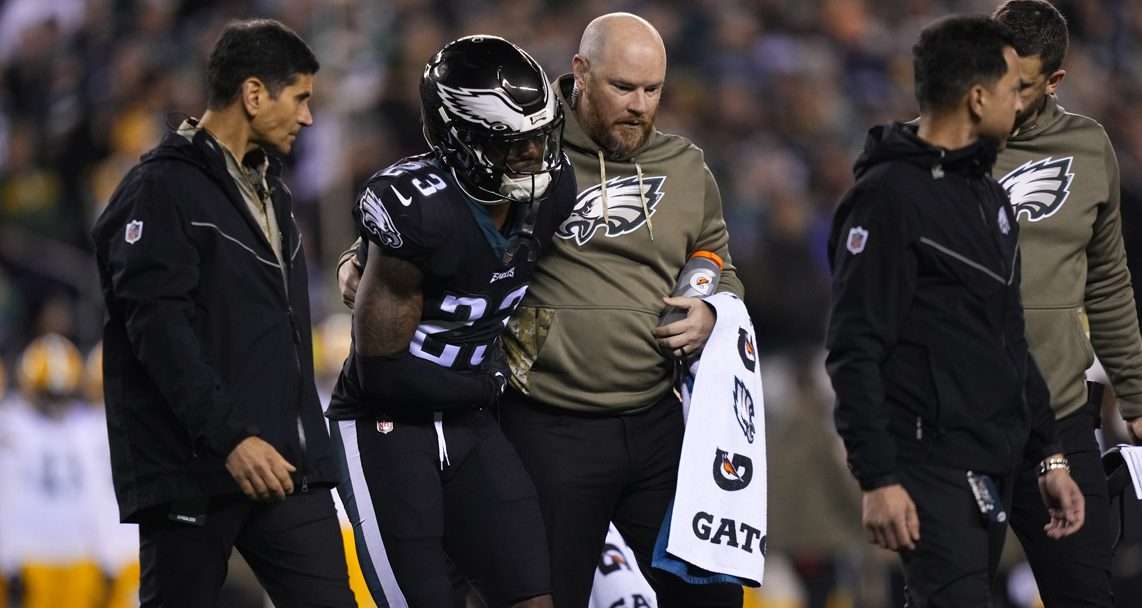 Since being acquired from New Orleans in late August, fourth-year DB Chauncey Gardner-Johnson has enjoyed a breakout campaign with an NFL-best six interceptions.

According to multiple reports on Tuesday, Philadelphia veteran safety C.J. Gardner-Johnson will miss an indefinite period of time after sustaining a lacerated kidney in his team’s 40-33 win over Green Gay this past Sunday night.

The University of Florida product was injured late in the first quarter on a collision across the middle with Packers’ wide receiver Christian Watson. Gardner-Johnson was carted off the field and didn’t return.

Philadelphia dealt a 2023 fifth-round draft pick and a 2024 sixth-round selection to New Orleans in late August for Gardner-Johnson and the Saints’ 2025 seventh-round pick.

The move was a stroke of genius for the Eagles, who improved to 10-1 with the win over the Packers. They maintain the best record in the NFC and own the tiebreaker over 9-2 Minnesota by virtue of a home win over the Vikings on Monday Night Football in Week 2.

Gardner-Johnson has started all 11 games, recording 60 tackles (55 solo, five assists), eight passes defended, an NFL-best six interceptions and one sack. His production has been the catalyst for an Eagles defense that is tops in the NFL in takeaways with 23.

Undrafted rookie Reed Blankenship replaced Gardner-Johnson and intercepted Aaron Rodgers in the red zone later in the first half. He’ll move into a starting role until Gardner-Johnson returns.

The organization still hasn’t decided whether or not to place CJG-J on injured reserve, which would rule him out of the next four games. The Eagles are still trying to figure out a timeline for the 24-year-old Gardner-Johnson’s return.

The fourth-year DB mostly played slot corner for the Saints, but he has made a smooth transition to the safety position for Philadelphia. The Eagles are set to host Tennessee on Sunday as 5.5-point home favorites.