Drew Brees is out indefinitely with collapsed lung, fractured ribs 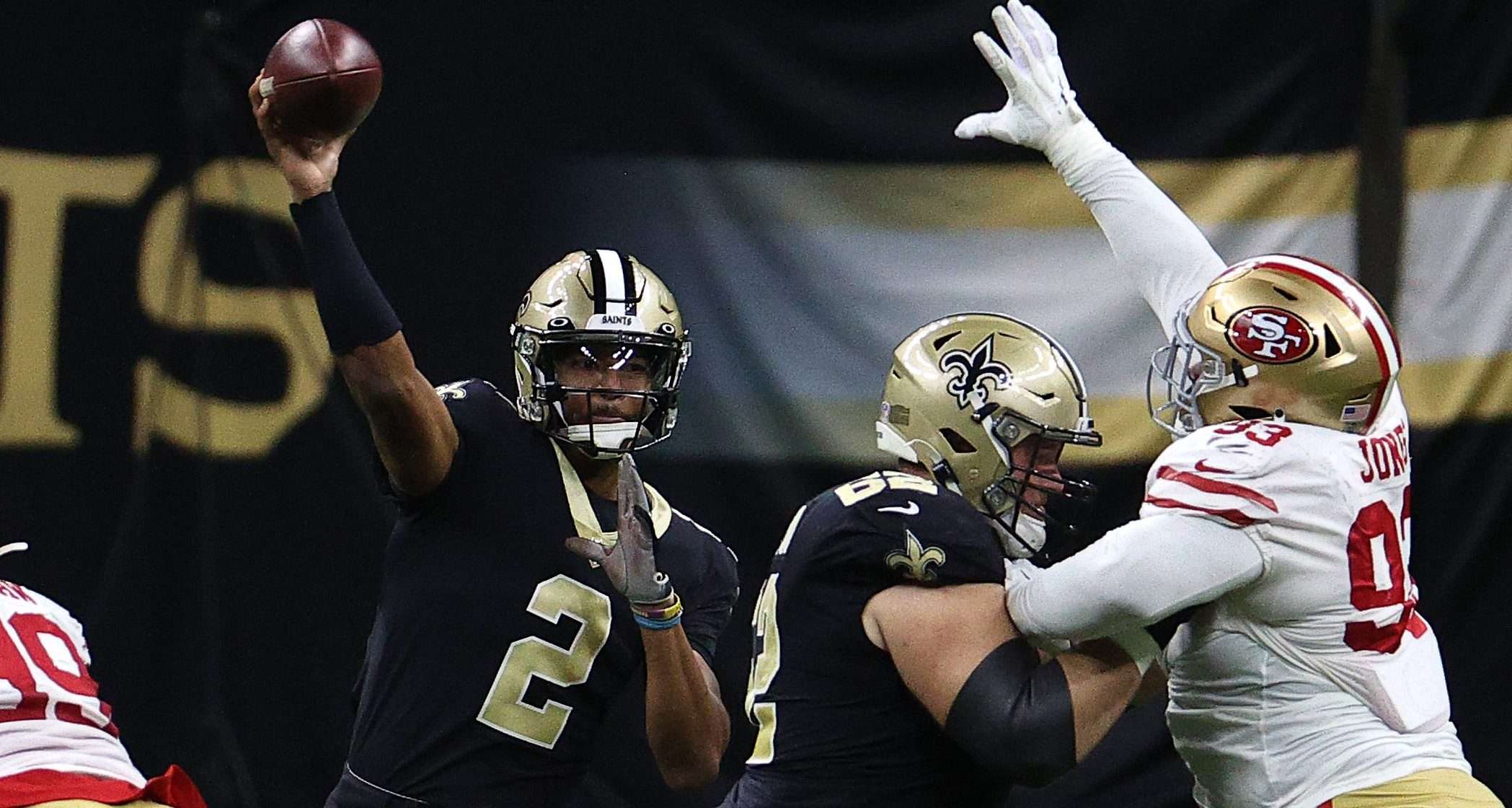 Without Drew Brees, the Saints are favored by only 4.5 points Sunday vs. the Falcons.

According to multiple reports, New Orleans quarterback Drew Brees is dealing with five fractured ribs and a collapsed lung after sustaining the injuries at Tampa Bay and yesterday vs. San Francisco.

There are three fractured ribs on his left side and at least two on the right side, according to sources cited by ESPN’s Ed Werder. The collapsed lung is on Brees’s right side.

According to long-time Saints beat writer Jeff Duncan’s sources, the most optimistic timeline for Brees’s return is 2-3 weeks.

Whatever the case, Jameis Winston will get the starting nod in Sunday’s home game vs. Atlanta. With a 1-7 record last season, the Falcons went into The Big Easy and blasted the Saints 26-9 as 14-point road underdogs.

Winston replaced Brees in yesterday’s 27-13 win over San Francisco. The Saints covered the number as 9.5-point home favorites, while the 40 combined points dropped ‘under’ the 50-point total.

Winston completed 6-of-10 throws for 63 yards with zero TDs or interceptions against the 49ers. In 16 starts for Tampa Bay in 2019, Winston became the first QB in NFL history to throw 30 TDs (33 actually) and 30 interceptions, in addition to throwing the most pick-sixes in NFL history with seven.

In fact, the seventh came on the final play of Winston’s tenure with the Buccaneers when Atlanta’s Deion Jones picked the FSU product off on the first play of overtime and took the interception to the house for a walk-off win.

New Orleans is 7-2 straight up and 4-5 against the spread. Sean Payton’s team leads Tampa Bay by one-half game in the NFC South standings.

As of Monday night, most books had New Orleans favored by 4.5 points over Atlanta, with the total at 51.5. The Falcons were anywhere from +180 to +190 on the money line.