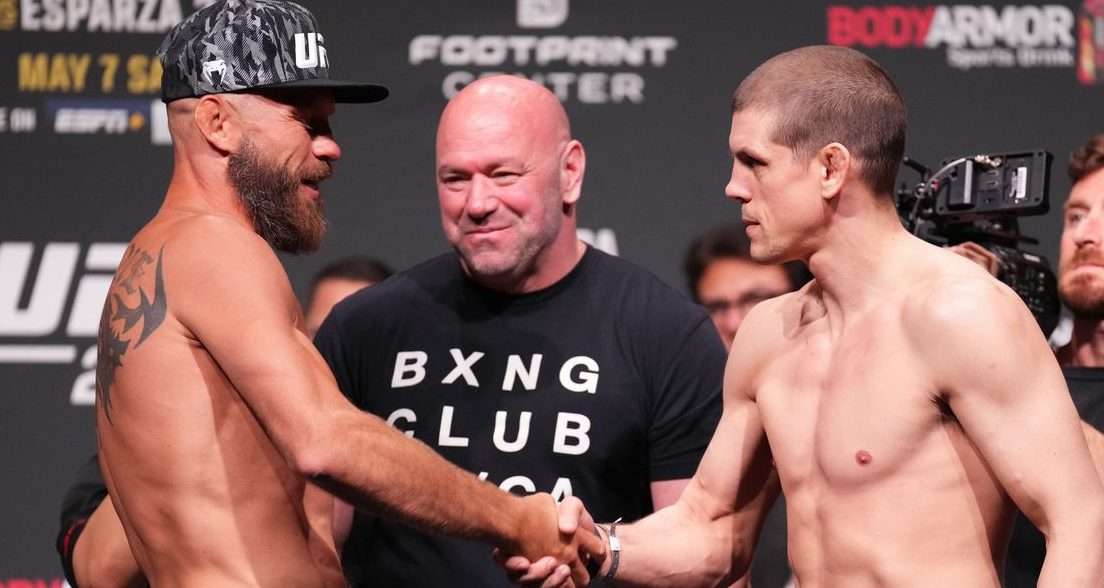 Tonight's UFC Austin co-main event bout between Donald 'Cowboy' Cerrone and Joe Lauzon has been nixed due to a knee injury for Lauzon.

The UFC Austin co-main event for tonight’s card has been scratched — again. For the second time in six weeks, Donald ‘Cowboy’ Cerrone vs. Joe Lauzon in a lightweight battle has been called off.

This time around, it’s due to a freak knee injury to Lauzon. On the day they were supposed to collide at UFC 274, it was Cerrone that couldn’t make it to the Octagon after coming down with a bad case of food poisoning.

“So I’m not fighting Cowboy Cerrone tonight,” Lauzon said on an Instagram post. “The freakiest weirdest thing ever: I weigh-in officially, I got [to] sit down, and I got to put my socks on, I turn my knee out, and my knee locks out.

“I’ve dealt with meniscus injuries on both knees, but this knee in particular, had it cleaned out a bunch of times, but when it does lock up, I can usually straighten out, it unlocks, totally fine, 100 percent, immediately. This time, I’m now surrounded by all the fighters, commission, Cowboy’s in the room, I’m trying not to make a scene and let people know there’s not a problem with my knee. Eventually, I end up hopping on one of my cornerman’s back, acted like I was choking him like we were joking, but I couldn’t stand. I couldn’t walk at all.”

The welterweight showdown between Kevin Holland (-300) and Tim Means (+240) has been elevated to the new co-main slot.

Concerns about Cerrone-Lauzon surfaced Friday when Lauzon didn’t show up at the ceremonial weigh-ins. There had been reports that he was dealing with cramps.

“The reason I didn’t go to weigh-ins wasn’t because of cramps, but I literally can’t put any weight on my left knee,” Lauzon said. “Literally, I can’t even stand. I can’t fight.

“This is heartbreaking because we’ve done a six-month camp. First, Cowboy can’t fight, now I can’t fight. Just absolutely horrible. Weighed in, totally fine, ready to go, and my knee locks up putting on socks. My brain can’t even process it.

Will the UFC attempt to book these fan-favorite fighters for a third time? Let’s hope so. 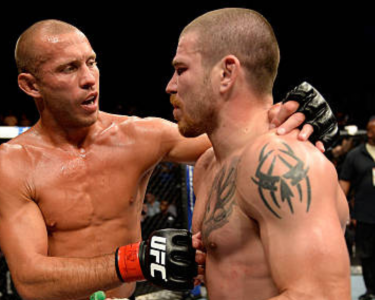 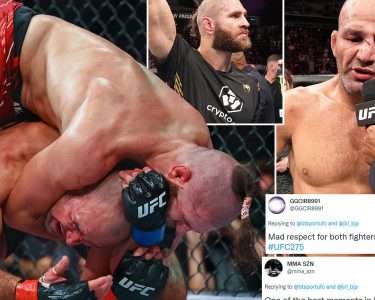 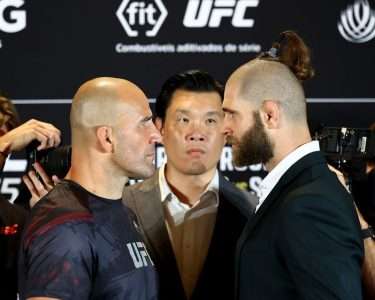