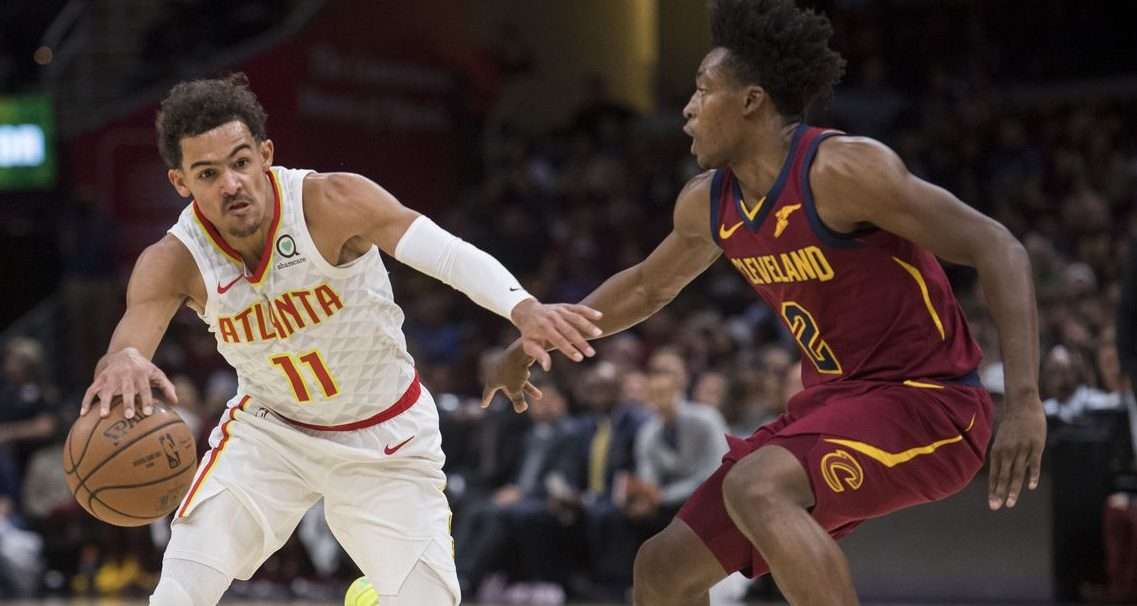 Atlanta is a seven-point road favorite tonight at Cleveland.

Cleveland (10-21 straight up, 10-21 against the spread) has lost 10 games in a row, including Sunday’s 117-101 home loss to Oklahoma City. Nine of the Cavaliers’ defeats during their 10-game losing streak have come by eye-opening margins of 16 points or more.

They’re mired in an atrocious 0-13 against-the-spread slump with merely a 100-98 win over Minnesota (without Karl-Anthony Towns) as 3.5-point home favorites serving as the lone outright victory. The 0-13 ATS slide is tied for the longest such stretch of mediocrity in the past 32 NBA seasons, according to ESPN’s David Purdum.

Cleveland is already missing Andre Drummond, Kevin Love and Larry Nance Jr., and Taurean Prince is listed as ‘doubtful.’ Before the club decided last week to sit Drummond until it can work out a trade for his services, the veteran center was averaging 17.5 points, 13.5 rebounds, 2.6 assists, 1.6 steals and 1.2 blocked shots per game.

Cleveland is also playing without Kevin Love, its five-time All-Star who has played only twice this year. Larry Nance Jr. went down about two weeks ago. He was averaging 9.3 points, 6.8 rebounds, 3.2 assists and 1.9 SPG. Prince is averaging 8.7 points and 3.6 RPG.

We’re clearly fading Cleveland more than anything here, but we’ll note that Atlanta is 2-1 both SU and ATS in its last three games, including an impressive 123-115 home win over Denver on Sunday night.

The Hawks, who are 8-6 ATS in 14 road assignments this year, are likely going to get Rajon Rondo (‘probable’) back tonight but Cam Reddish is listed as ‘questionable.’ Although Atlanta is still without key players like De’Andre Hunter and Bogdan Bogdanovic, players like Tony Snell and Solomon Hill have stepped up their play in recent weeks.

In fact, Snell drained 4-of-5 attempts from 3-point land in Sunday’s win over Denver.