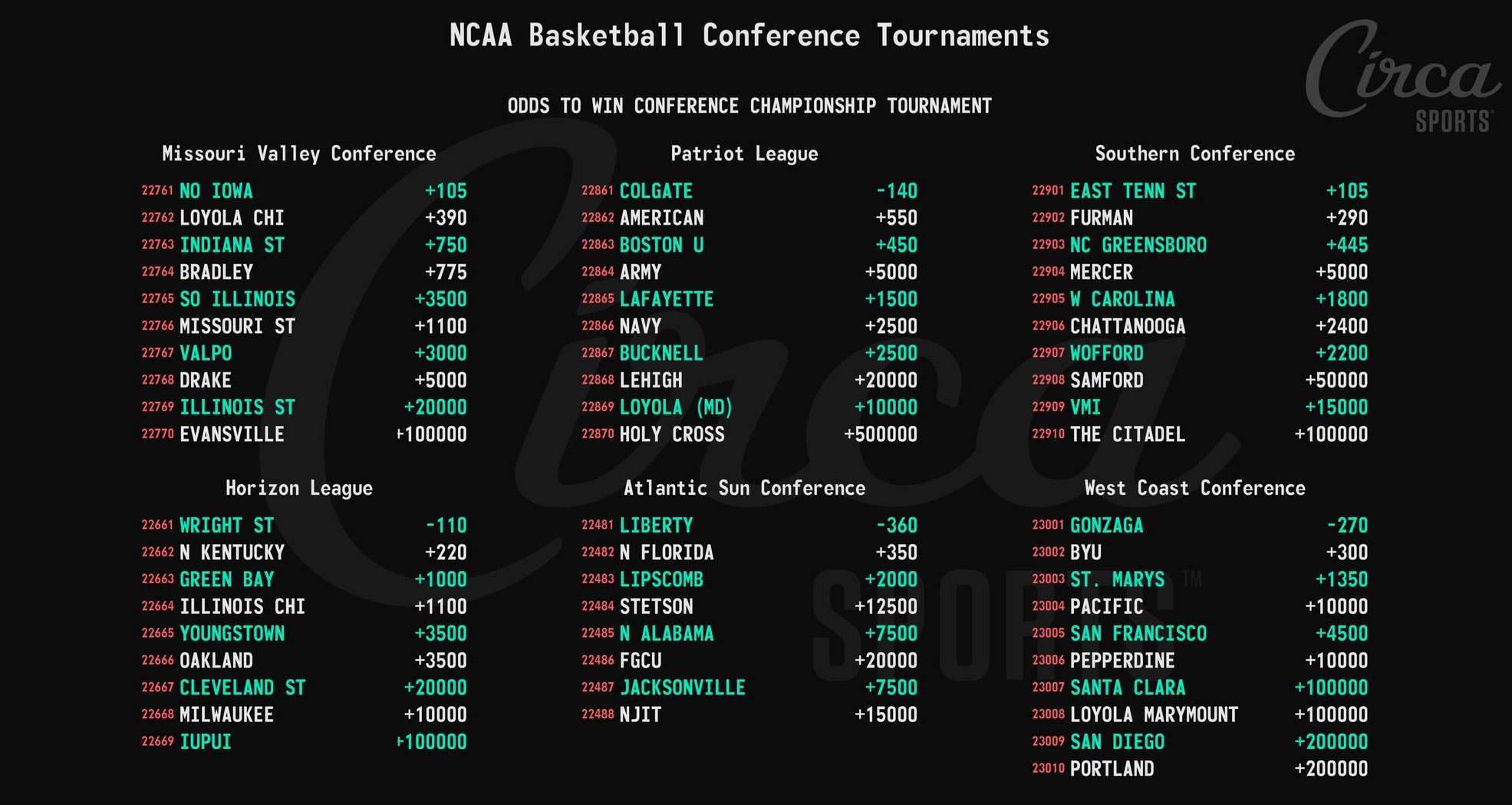 Circa Sports has released odds to win the conference tournaments that start this week.

College basketball conference tournaments officially tip off on Tuesday night, as the Atlantic Sun, Big South, Horizon and Patriot League all get underway.

Circa Sports posted odds for 12 conferences that are beginning this week. Liberty is a large -360 favorite to win the Atlantic Sun Conference. North Florida (+350) is the only other team expected to contend with the Flames, who are 16-point favorites tonight vs. NJIT.

The Big South is expected to be much more competitive. Radford and Winthrop are slated as +120 co-favorites, as both teams went 15-3 in conference play this season. Gardner-Webb (+700) could also make some noise.

Wright State is priced as a -120 ‘chalk’ in the Horizon League. The Raiders won the regular season crown with a 15-3 record, but they’re likely going to get Northern Kentucky’s best shot in the conference tournament.

The final conference to get going Tuesday night is the Patriot League, where Colgate is -140 to repeat as champions. Boston University, which won at South Carolina early in the season, has the second shortest odds at +450. Bucknell has appeared in the last three title games, but is +2500 to win this year.

Gonzaga and San Diego State will be looking to put the finishing touches on dominant regular seasons when the Mountain West and West Coast Conference tournaments get going on Wednesday.

One of this year’s most intriguing conference tournaments will take place this weekend in the Southern Conference. East Tennessee State is currently a No. 11-seed in Joe Lunardi’s latest edition of Bracketology at ESPN.com.

The Buccaneers are +105 to win the conference tournament, while Furman follows at +290. A title for the Paladins could lead to two bids for the SoCon, but last year’s results would say otherwise. Wofford was the only team to get a bid, despite impressive seasons from Furman and ETSU.