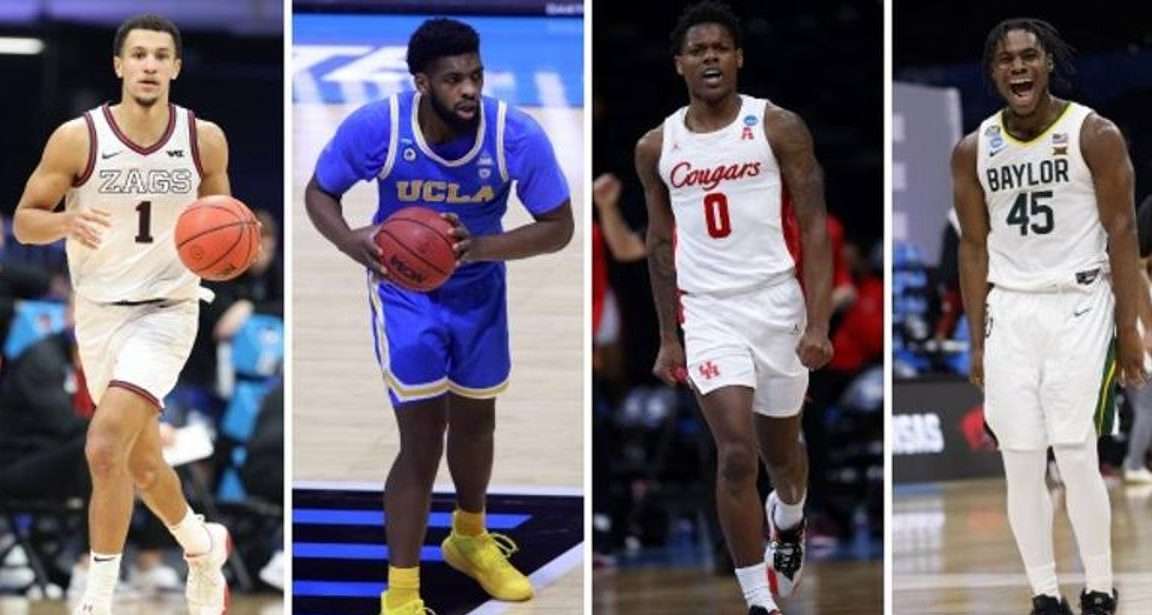 The total for a potential Gonzaga-Baylor showdown is 160.5 points, which would be the highest the Bears have seen all year.

The gang at Circa Sports has released spreads for all four potential matchups in Monday’s NCAA Tournament finals.

Circa has Gonzaga installed as a 5.5-point favorite vs. Baylor, with a total of 160.5 points. The Bulldogs, who are 14-point favorites for their national semifinals showdown vs. UCLA (as of early Thursday), have won 28 games in a row by double-digit margins.

Mark Few’s team is battling history in its showdown with the Bruins, who are 6-3 against the spread with five outright wins in their nine games as underdogs this season. The last two teams to make the Final Four with an unbeaten record were UNLV in 1991 and Kentucky in 2015, and they were beaten by Duke and Wisconsin, respectively.

Mick Cronin’s team has lost by double-digit margins only twice this year. UCLA lost by 15 at San Diego St. in its season opener, but it was without star Johnny Juzang. The Bruins also lost by 18 at USC during the regular season.

Juzang dropped 28 points on Michigan in Tuesday’s 51-49 win, becoming the first player to score at least half of his team’s points in a regional finals victory since Oscar Robertson in 1960.

Baylor hasn’t been an underdog all season. The Bears have had only two totals in the 150s, so the 160.5-point tally would be their highest of the season.

Gonzaga is 4-1 ATS in its five games as a single-digit ‘chalk.’ The Bulldogs’ 87-82 win over West Virginia on a neutral court is their only victory by a single-digit margin all season.

Circa has Gonzaga listed as a 10-point favorite vs. Houston with a total of 143.5 points. The Cougars have only been underdogs once this season, beating Texas Tech 64-53 as three-point ‘dogs in Ft. Worth.

Even if UCLA ends Gonzaga’s dream season with a sixth consecutive win in the 2021 NCAA Tournament, Cronin’s bunch will be an eight-point underdog (for now, that is. You can bet these games at the current lines and if the matchups don’t come to fruition, those wagers become refunds, pushes, no-plays or whatever you want to call ’em) vs. Baylor with a total of 138.5 points.

The Cougars are back in the Final Four for the first time since 1984. The late Guy Lewis led UH to three consecutive trips to the national semifinals from 1982-84, losing in the finals to North Carolina St. and Georgetown in ’83 and ’84.

UCLA is the only program remaining that has won a national title. The Bruins lead all of college basketball in national championships won with 11.

The last UCLA ‘natty’ came on Jim Harrick’s watch in 1995 when the O’Bannon Brothers (Ed and Charles) and a freshman point guard in Cameron Dollar (out of Atlanta Douglass High School who was subbing for the injured Tyus Edney, who had beaten Missouri at the buzzer in the Round of 32 by going coast to coast from the other end in the final seconds) led UCLA past Nolan Richardson’s Arkansas Razorbacks, who were trying to repeat after edging Duke on Scottie Thurman’s game winner from the right wing in the ’94 finals in Charlotte.