Boston is now favored to acquire Kevin Durant because it can include All-Star Jaylen Brown in a package with role players and draft picks.

The Kevin Durant saga has taken yet another turn, causing commotion in the NBA betting market.

Boston is reportedly interested in acquiring one of the league’s top players—a rumor which has led to the Celtics separating themselves as the favorites to win the 2023 NBA Finals. They are currently listed as +450 ‘chalk’ at DraftKings after reports surfaced earlier this week that they have emerged as one of the primary teams going after Durant.

ESPN’s Adrian Wojnarowski reported that Boston has engaged in talks with Brooklyn on a possible deal. Miami, Phoenix and Toronto have all been interested in a trade deal as well, but the Celtics have been in regular contact with the Nets.

“The Celtics appear no closer to acquiring Durant than others in discussions with the Nets, but Boston’s ability to include All-Star forward Jaylen Brown as a centerpiece in offers does help make the team formidable in its pursuit,” sources told Wojnarowski.

Brown, who was arguably the team’s best player during the 2022 NBA Finals, averaged 23.6 points, 6.1 rebounds and 3.5 assists per game last year. He scored 34 points in a 103-90 loss to Golden State in Game 6 of the Finals. Brown took to Twitter to let fans know how he felt about the rumors.

Offshore sportsbook BetOnline has been offering a Durant trade market off-and-on over the past month, but it re-opened the market earlier this week. Boston is priced as the -150 favorite to land Durant if he is traded, while Golden State is +350 and Phoenix is +400.

The Suns’ options are limited after they signed Deandre Ayton to a four-year, max-level extension. Meanwhile, Miami cannot trade Bam Adebayo to Brooklyn due to NBA salary rules and Warriors GM Bob Myers said that his team will not be making a deal. Nothing seems to have come from talks between Toronto and Brooklyn either, leaving Boston as the clear favorite.

The Celtics not only have a bonified star in Brown available to trade, but they could also include role players like Derrick White and Grant Williams to go along with draft picks. They have already added Malcolm Brogdon and Danilo Gallinari this offseason, so the addition of Durant would make the Celtics the clear title favorites.

Durant, who is a 12-time All-Star and two-time NBA Finals MVP, requested a trade at the end of June. He has four years and $198 million remaining on his contract, so Brooklyn is seeking a serious haul in return for their superstar. 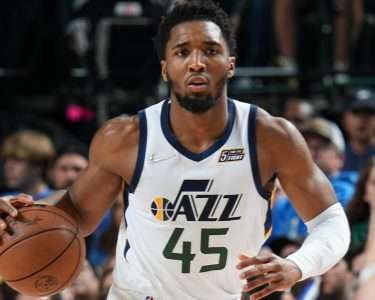 BetOnline lists the Knicks as favorites to land…