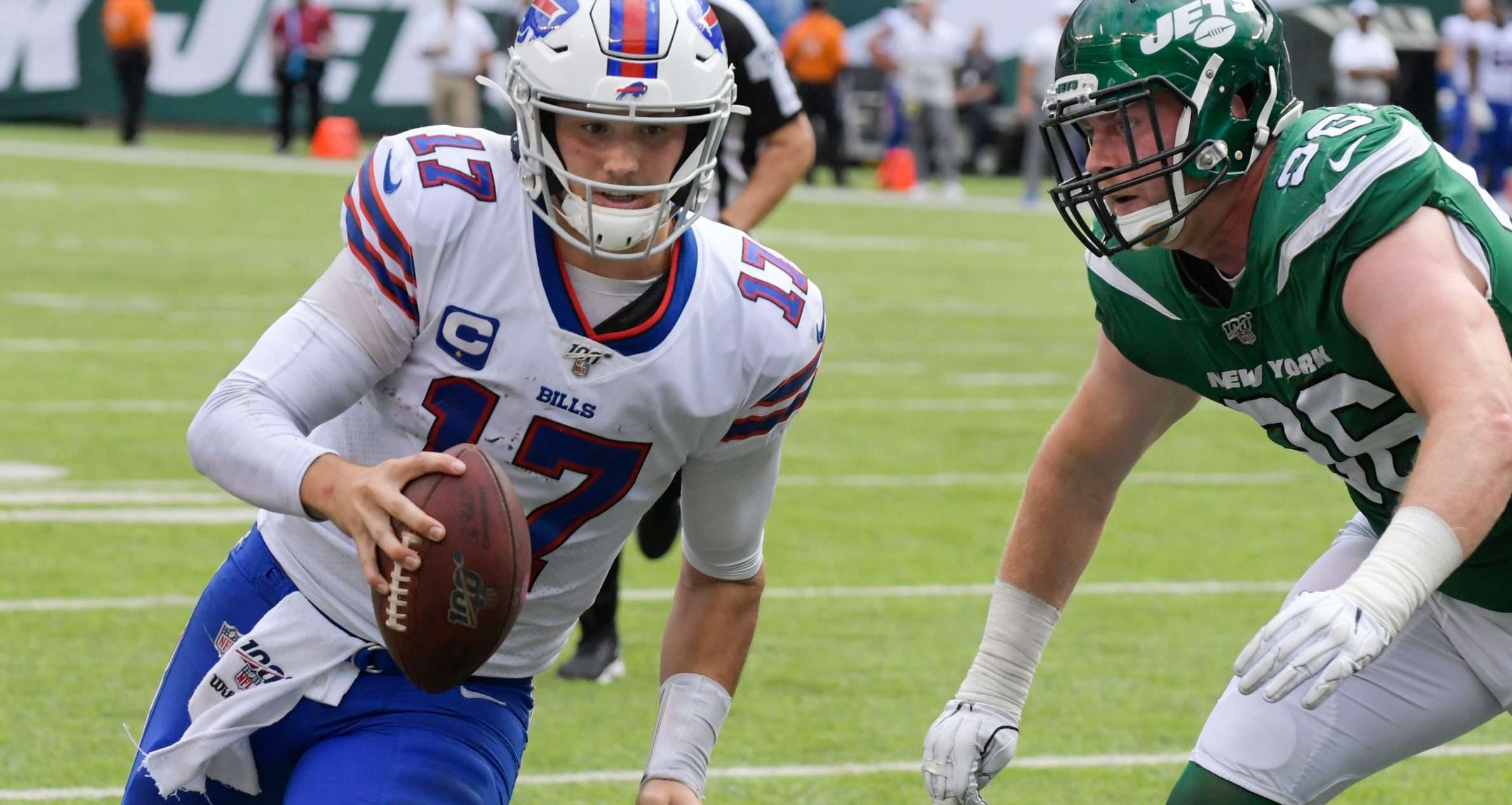 Most people would chalk up the Buffalo Bills’ comeback win on Sunday to poor play from the New York Jets—a team which has been accustomed to losing in recent years.

Based on some bets that were placed in Las Vegas on Wednesday, however, that may not be the case. Two large bets were placed on the Bills to win the Super Bowl at 100/1.

The Bills had more turnovers than points through three quarters of Sunday’s season opener in East Rutherford, N.J. However, a Josh Allen touchdown pass with three minutes left in the game capped off Buffalo’s 16-point comeback as the Bills stunned the Jets, 17-16.

According to 5Dimes, Buffalo currently has 13/1 odds to win the AFC East. New England is a heavy -1075 ‘chalk’ to win the division. The Bills are 30/1 to win the AFC.Entering the season, their win total was seven games, with the ‘over’ juiced to -115.

Buffalo won just six games last year. The Bills opened the season at 100/1 to win the Super Bowl, so the market did not make any adjustments based on their performance in Week 1.

However, after the big bets on Wednesday, Buffalo is down to 80/1 at most books. The Bills are currently point-point favorites in Week 2, as they look to complete the New York sweep with a game against the Giants.

The Dallas Cowboys earned a 35-17 win over the Giants in Week 1, but Eli Manning did go 30-for-44 through the air, throwing for 306 yards and one touchdown.

Running back Saquon Barkley rushed for 120 yards on 11 attempts. Sunday’s total is set at 43.5 points, with standard -110 juice on both sides.