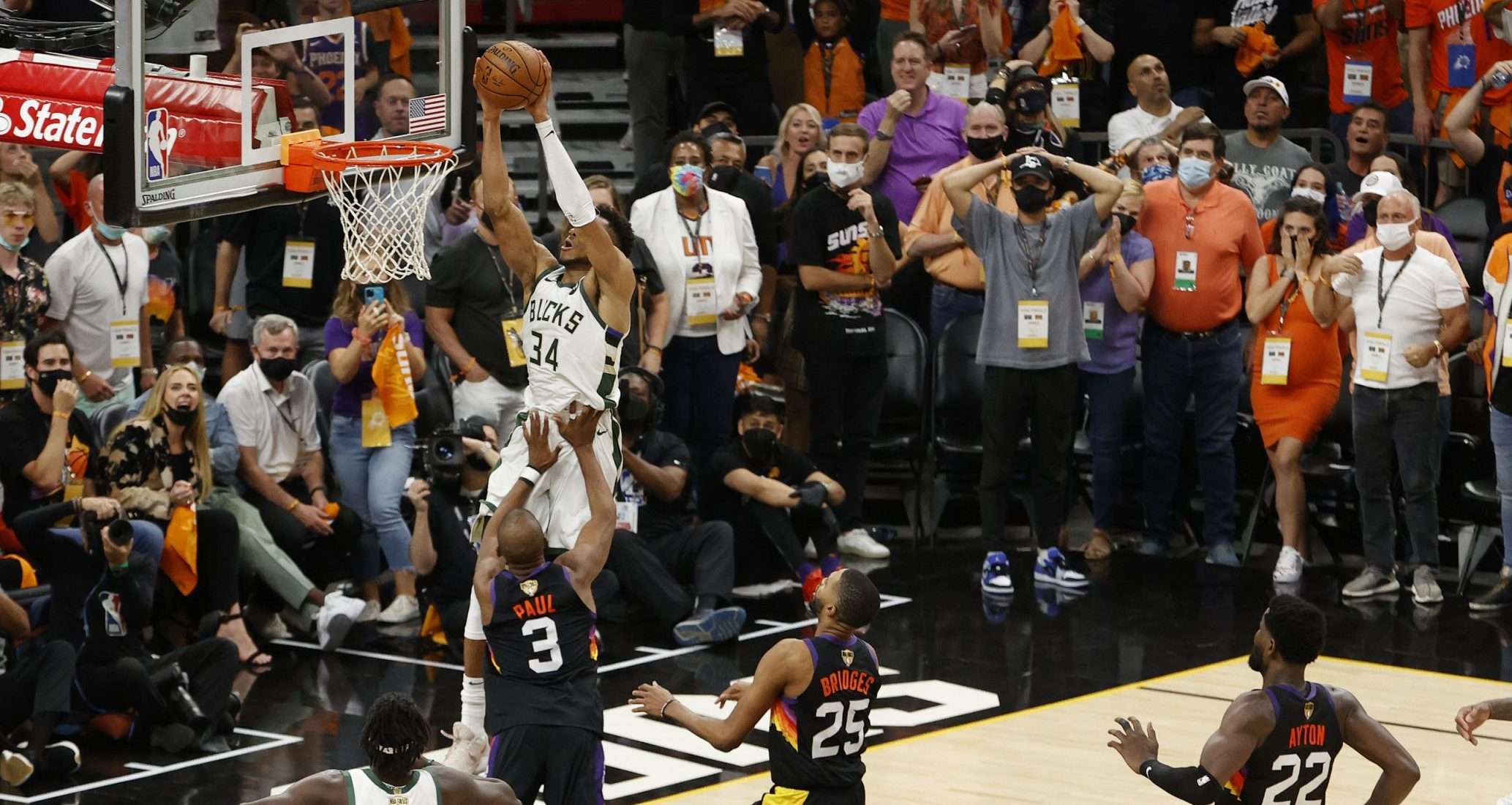 Jrue Holiday's steal and dish to Giannis Antetokounmpo for an alley-oop dunk put Game 5 on ice.

In a Game 5 thriller Saturday night, Jrue Holiday’s steal and alley-oop pass to Giannis Antetokounmpo for a dunk with 13.5 seconds left lifted Milwaukee to its third straight win in the NBA Finals. The Bucks took a 3-2 series lead with a 123-119 victory as four-point road underdogs, hooking up money-line supporters with a +155 return.

On the next possession, Devin Booker penetrated into the lane, only to get ripped by Holiday who pushed the ball and found Antetokounmpo for the dunk and foul on Paul. Antetokounmpo missed the free throw, but he got his own offensive rebound off a deflection.

Khris Middleton was fouled with 9.8 ticks left and hit one of two at the charity stripe to ice the game.

Pat Connaughton had another solid performance, draining 4-of-6 launches from 3-point land to finished with 14 points and six rebounds.

As of early Sunday afternoon, most books had Milwaukee installed as a five-point home favorite for Tuesday’s Game 6. The total was 222 or 222.5 points, while the Suns were +175 on the money line.

FanDuel has the Bucks listed as -390 ‘chalk’ to win the series, with the Suns at +330 on the comeback. Antetokounmpo is the -430 favorite to win NBA Finals MVP honors. 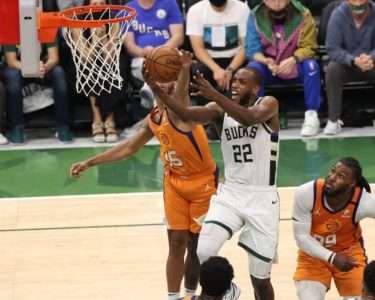