Brady & Rodgers paired vs. Mahomes/Allen combo in The Match 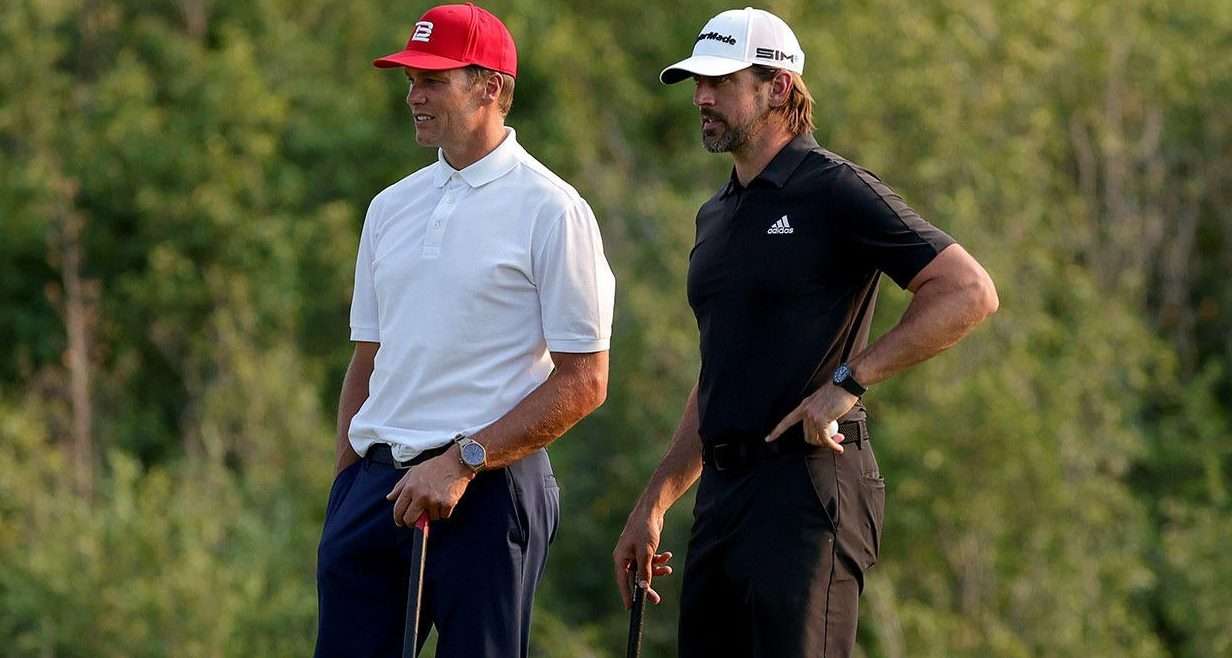 BetOnline has installed the combination of Tom Brady and Aaron Rodgers as favorites vs. the Patrick Mahomes-Josh Allen pairing for The Match.

There has been a professional golfer featured in each of the previous editions of The Match, but there will be a different look to the 2022 version.

Phil Mickelson was part of the first three editions of this event—he will not be part of the four-man field on June 1 at the Wynn Golf Club in Las Vegas. Tampa Bay quarterback Tom Brady is pairing up with Green Bay quarterback Aaron Rodgers, while Kansas City’s Patrick Mahomes is competing alongside Buffalo’s Josh Allen in a golf showdown between four of the top signal callers in the NFL.

Offshore sportsbook BetOnline opened team Brady/Rodgers as -160 favorites, putting Allen/Mahomes at +125 on the takeback line. There has been some significant movement since that line was posted on April 19, as Brady/Rodgers were steamed to -225 in the following 48 hours. Allen/Mahomes were available at +185 as of Thursday (April 21) afternoon.

The direction that the market has shifted is not entirely surprising, as Rodgers is probably the best golfer of the bunch. He has played in the AT&T Pebble Beach Pro Am in the past, while Brady has played in two of the previous three editions of this event.

He teamed up with Mickelson in 2020, where they came up short against Peyton Manning and Tiger Woods as +170 underdogs. Brady and Mickelson played together again last year, losing as +145 underdogs to Rodgers and Bryson DeChambeau in Montana.

The Match has raised over $33 million for charity, according to Golf Digest. This will be the first iteration without a multi-time major golf champion, so it will be interesting to gauge the betting action.

“I’m sure we’ll take quite a bit of action on it,” BetMGM’s director of trading Jeff Stoneback told Fox Sports. “It brings in the non-golfing bettors.”

Mahomes has experience playing in the American Century Celebrity Golf Championship at Lake Tahoe, while Allen played with Keith Mitchell at Pebble Beach this year.

One FanDuel sportsbook bettor has some extra funds to work with if he or she wants to place a wager on The Match. The customer turned a $25 three-leg parlay into $12,539.80 on Wednesday night.

The parlay included Bruce Brown, Georges Niang and Alex Caruso to each hit at least three 3-pointers in their respective NBA playoff games. Brown had only hit six 3-pointers over his previous five games, but he knocked down 3 of 4 attempts for Brooklyn on Wednesday.

Philadelphia’s Niang played just 23 minutes against Toronto, but he was able to connect on 3 of 4 attempts from beyond the arc as well. Caruso was the final leg of the parlay, as he went 3 of 7 from downtown against Milwaukee.

Caruso had failed to make at least three triples in 17 straight games prior to Wednesday night, which is one reason why he was +810 to do so. Niang was +420 to hit his mark, while Brown had the longest odds at +960. 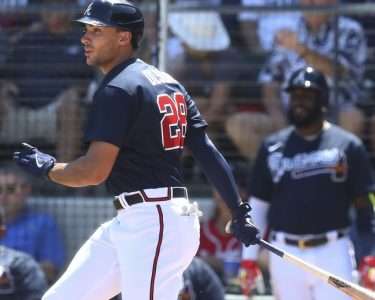