Major League Baseball is still several weeks away, but that did not stop a bettor from hitting a massive 10-team parlay on baseball over the weekend.

The $250 parlay on Korean and Chinese baseball turned into $137,107.38 on Sunday at the Bellagio sportsbook, according to Todd Dewey of the Las Vegas Review-Journal. A combination of five sides and five totals led to the monstrous payout.

Two of the 10 legs came from the Chinese Professional Baseball League, where the bettor wagered on the Uni Lions (+150) and ‘under’ 15 runs (-105) in the same game. The Lions led 10-2 in the sixth inning, but the final three innings were scoreless and the game went ‘under’ the number.

Nearly every wager in the eight legs of KBO action cashed with ease. The closest call came with the Kiwoom Heroes 1-0 victory against the KIA Tigers. Kiwoom scored in the second inning and held the Tigers to just two hits during the game.

The Chinese Professional Baseball League resumes on Tuesday, as Rakuten is priced at -170 against Chinatrust. There are five KBO games also taking place. 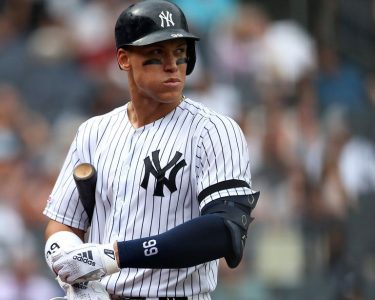 Westgate has Dodgers and Yankees as +350 co-favorites…