Denver seemed to be on its way out of the NBA playoffs a week ago.

The Nuggets trailed Utah 3-1 in the series, but they have bounced back with a pair of wins to send the series to Game 7 on Tuesday night. As of Monday night, most books had Denver listed as a one-point favorite, which is the first time the Nuggets have been favored since Game 2 of this best-of-seven showdown.

Utah has never failed to advance in the playoffs after leading a series 3-1. Denver has never come back from a 3-1 deficit — only 11 teams in NBA history have pulled the trick.

Guards Jamal Murray and Donovan Mitchell have been lighting it up, becoming the first duo in NBA history to produce a pair of 50-point games in the same series. Murray poured in 50 points, dished out six assists and grabbed five rebounds in Game 6. He drained 9-of-12 attempts from downtown and 17-of-24 field-goal attempts.

Over the last three games, Murray has scored 142 points while shooting at a remarkable 64.2 percent clip. He has also averaged 6.7 assists per game.

“I’m running out of things and superlatives for Jamal Murray,” Denver head coach Mike Malone said on Sunday. “I just want to say I’m proud of him.”

Mitchell answered as best he could on Sunday, scoring 44 points and making 9-of-13 from beyond the arc. Point guard Mike Conley added 21 points on 7-of-13 shooting.

Both teams are on fire from the 3-point line, making over 44 percent on an average of more than 36 attempts per game. Utah is shooting slightly better, making 44.9 percent on 37.8 attempts. Denver has hit 44.3 percent of its 36.8 attempts per outing.

The Nuggets have covered the spread in four of the six games during the series. They cashed tickets for bettors as 3.5-point underdogs in Game 4, losing 129-127.

Four Utah players are averaging in double figures, with Mitchell leading the way with his 38.7 points-per-game vs. Denver, which is highest among all players in the playoffs.

Conley is scoring 22.8 points and Jordan Clarkson is adding 17.8 PPG. Big man Rudy Gobert is averaging 16.5 points and 10.3 rebounds in the series.

Denver center Nikola Jokic is competing with Gobert down low, scoring 25.7 PPG and grabbing 7.2 RPG. He’s knocked down 10-of-16 from 3-point range over the last two games. Jerami Grant and Michael Porter are the only other players in double figures, with Grant scoring 12.7 PPG and Porter contributing 12.3 PPG.

I think the pendulum swings back in Utah’s favor in the final game of this series. The Jazz have been the better team defensively this season and it showed in the first few contests of this first- round matchup. Murray has been torching them over the last few games, but I think he finally cools off on Tuesday. Utah’s scoring options behind Mitchell are a little better than Denver’s repertoire behind Murray and that will be the key in this game. Gobert’s defensive presence will play a pivotal role for the Jazz. 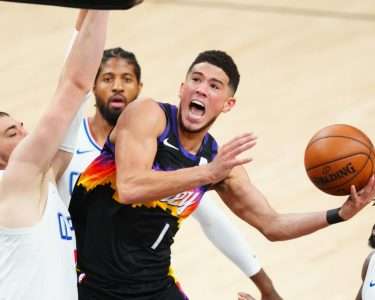 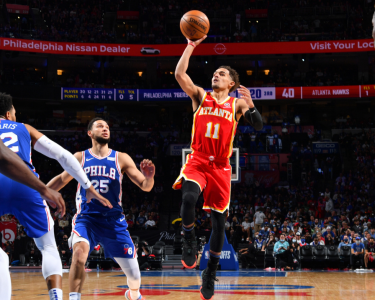 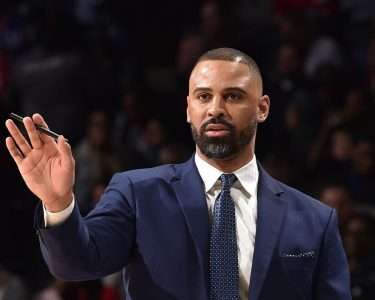